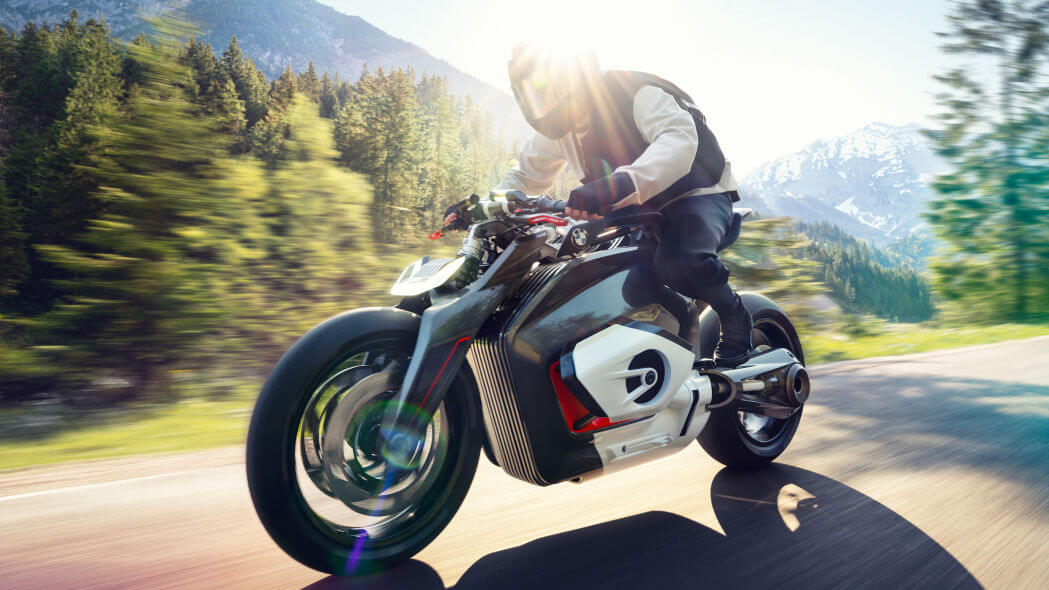 BMW’s done well by its cars and it’s done very well by its motorcycles too – they’re known as reliable beasts and the touring options are loved by many travelers who choose to see the world on two wheels.

Even so, BMW has not really touched the electric motorcycle department. But, in a world where even legendary names like Harley Davidson are switching to green, it was just a matter of time before BMW would dip its fingers into the world of electric bikes.

However, after having been associated with the 2-cylinder boxer engines for years, switching to electric would still mean that the bikes would have to offer the customers the same performance they have always associated with BMW motorcycles.

So BMW got to work and now showcased its newest electric concept bike during the company’s NextGen event: the Motorrad Vision DC Roadster.

The Vision is a zero-emissions concept that, instead of an engine, features a battery pack with coolers.

It’s worth noting that the conventional engine is something motorcycle makers consider from the very start as its size plays a huge part in the motorcycle’s center of gravity and in how the weight is distributed across the vehicle.

So BMW chose to implement the battery pack in the same way they’d position the boxer engine on a boxer bike architecture: the battery pack was placed vertically while its cooling elements poke out the same way the ribs of a boxer engine would, in an attempt to make the pack look similar to a traditional one. When the bike starts up, the cooling elements shift outwards.

The rear wheel’s traditional chain was replaced by a universal shaft as well.

Some of you might recognize the 1923 BMW E 32 design in the Vision, if you squint a little. But, since there’s no gas tank present anywhere, while the bike roughly maintains the lines of the classic E 32, it also now allowed for more space the designers could to play with. 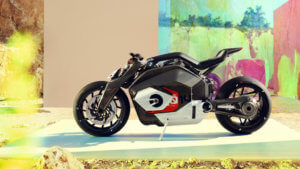 It’s aggressive-looking, to say the least.

Its frame is made out of a mix of aluminum and carbon fiber, to help with the weight, and the bike bears the resemblance of something you’d see in a Cyberpunk movie – it even features some fluorescent elements on the sides of the tires that create designs when they spin. 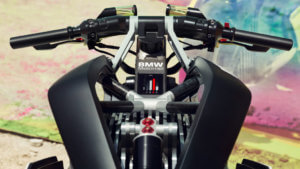 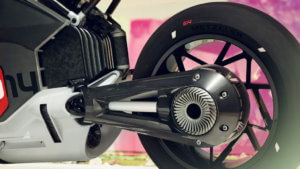 To add to the Cyberpunk vibe, the rider’s suit features built-in magnets that allow them to attach a backpack to it. The rider can simply pull the bag off their back if they need something and then snap it back into place easily.

The Vision DC Roadster was only introduced to the world as a concept motorcycle, so its presence doesn’t mean that the company is considering it for production. However, BMW did call it a “symbol of the future” so we might eventually see the Vision and its fancy tires roam our streets sooner or later.