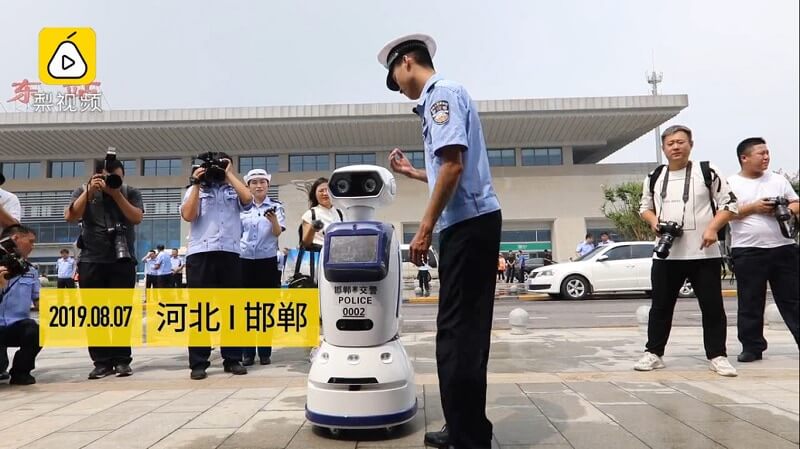 China is very proactive in using tech to police its population and recently came up with another interesting initiative. The Handan Public Security Bureau in Northern China deployed three types of traffic robots to help human officers in the city.

Zhou Zuoying, deputy head of the Ministry of Public Security’s Traffic Management Research Institute, stated that this is the first time China is using bots in the police department.

According to a  Global Times report, each of the robots are different, and therefore will help the police officers differently, on specific tasks.

One of them is a “road patrol robot”, resembling a traffic officer, another one is an “advice traffic robot”, ready to answer residents’ questions and guide them, while the third one is an “accident warning robot” which will inform drivers in passing vehicles about traffic accidents in the area.

The Handan Public Security Bureau official Li Huai told Chinese news site hebnews.cn that the robots will be on duty every day.