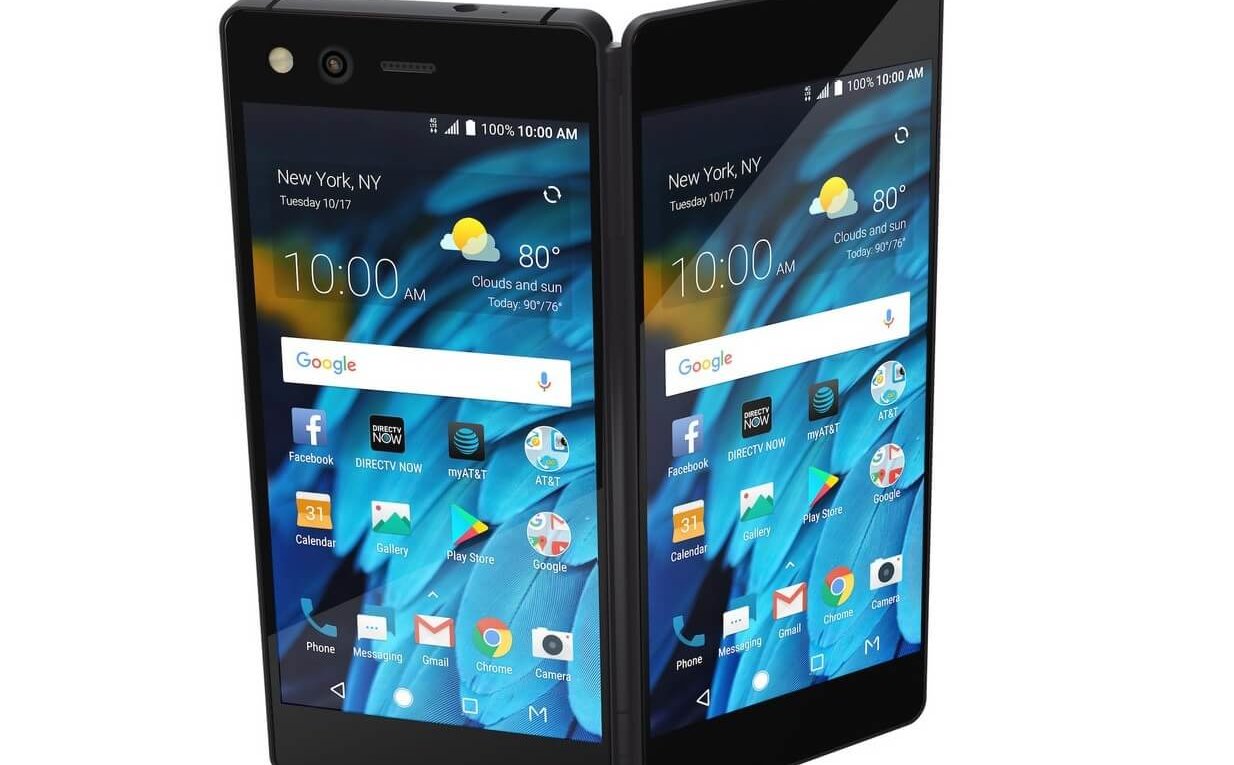 Samsung has been teasing foldable phones for a while now. The latest info regarding their plans surfaced this September – the company promised to bring Galaxy X next year. The more time passes though, we can’t help but wonder – is it worth the wait? Because while the concept is intriguing, it’s definitely something that is going to appeal to early adopters, not the majority of users. Plus, rivals are proving to be equally brazen and even more fast at bringing smartphones with innovative design to the market. ZTE, for example, has already launched Axon M, a smartphone with two screens #mobilemagic

ZTE, world’s fourth-largest phone maker, is proposing a smartphone with two screens that fold into one, instead of the one screen that bends in two. This way, they’re giving users much more screen space to use when multitasking. In the end, this might be a more attractive proposition than the foldable phone one.

Axon M has two 5.2-inch screens held together by a hinge. It’s double the amount of display you’re accustomed to, although the body occupies the same space, so it can be tucked in your pocket just as easily.

The screens can serve multiple purposes. In one mode, you can simply extend the display, like you would with a two-monitor PC. In another mode, you can use each screen for different applications. The hinge allows you to treat the smartphone like you would a hybrid laptop-tablet. Make it stand like a tent, mirror the screen and you can suddenly share the view with a friend.

Alternatively, imagine it like a Nintendo DS, where one screen shows the game unfolding while the other one lets you take command, pushing the right controls.

As great as that sounds, having two screens comes with its caveats. For one, the battery strain is implicit. Your phone is going to need a recharge sooner than you expect. Plus, having two glass screens clashing every time you fold is bound to result in scratches.

ZTE’s hope is that users will take that risk if it means showing off a new, exciting toy to their friends. Will they find Axon M really useful after the excitement wears off? We’ll have to see. The smartphone is expected to hit the market by the end of the year in US through AT&T and Japan via Docomo.