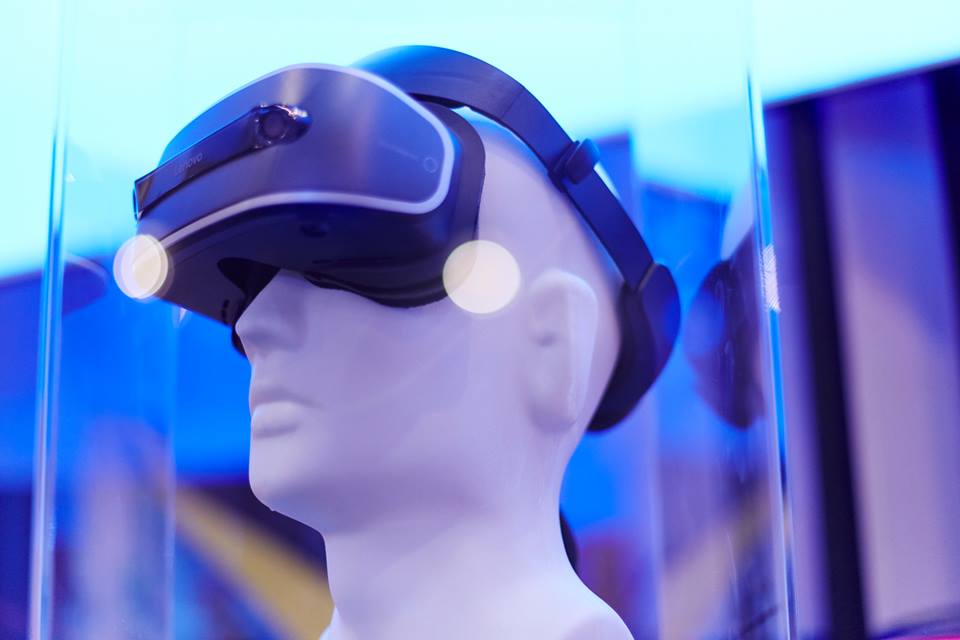 This year, Lenovo’s efforts went to the VR side. The company’s big product debut was a VR headset developed with Windows Holographic in mind #realitymagic

The Robocop-inspired headset is both lighter and smaller than two of the most popular VR gears on the market: Oculus Rift and HTC Vive. Plus, the price is definitely going to be lower, rumored at $300. Another visible difference is the position of the lenses – at the front of the eyes – with the strap located above it and on the sides, instead of across the head.

Lenovo’s VR solution comes with two 1440 x 1440 OLED panels, offering a bigger resolution than the headsets mentioned above. On paper, it should pose a threat for Vive and Oculus but all this can change once you put them on. It features six degrees of freedom tracking, inside-out, which means there’s no need for an external camera. There’s no controllers to speak of, as Lenovo prefers to leave that to third-party manufacturers that will take into consideration Windows Holographic needs.

By the way, you’ll count on Windows Store content and HoloLens adapted software. Mixed reality applications are supported, thanks to the two cameras on the front. Now, all that remains to be seen is the viewing quality of that content, the release date and of course, the name.