Check Out World's Oldest Webcam, In Operation Since Before Flip Phones 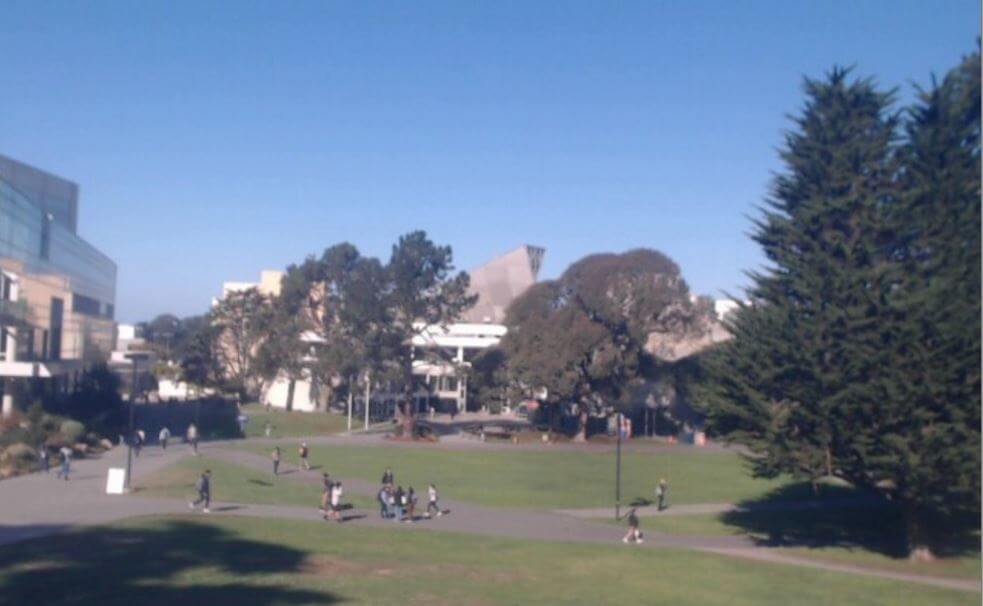 Check Out World’s Oldest Webcam, In Operation Since Before Flip Phones

Did you know there’s a webcam that’s been monitoring its environment closely since 1994, back when flip phones, let alone Ring cameras or social media were a thing? The image you see above was just captured yesterday.

Meet FogCam, an inspirational project that got started when its creators found out about the first webcam ever.

After they learned about the 1993 project started by students at the University of Cambridge who wanted to see if the coffee pot held coffee without having to go in the kitchen,  Andrew Roderick and Jeff Schwartz, students at  San Francisco State University, got to work as well. Soon, they made history.

FogCam got started about a year later, in 1994, using the first webcam made for general audiences, the Connectix QuickCam. The fun part?

Not only did they keep an eye on their campus for almost three decades, the makers didn’t save an archive of what happened – just a few shots you can see on Twitter.

“We’re not preserving anything. And that kind of feels the way FogCam should be. What happens on FogCam stays on FogCam. Not that anything untoward would ever happen on campus, but that’s kind of the spirit of it,” Roderick told SFGate, with the outlet reporting that another of the people involved considers themselves anti-surveillance.

The camera was about to meet its end a few years ago, in 2019, when the people who managed it got tired of having to move it around campus with little support from the University.

After the media got hold of the news that the world’s oldest webcam was to be shut down after 25 years, the public outcry and #SaveTheFogCam hashtag made SFSU take over maintenance of FogCam and continue its legacy.

This webcam tech is so old, the pictures it takes measure just 320 by 200 pixels. Still, back in 1994, capturing images 1mb large was an incredible achievement.

“The camera has changed a few times over the years, but it’s the software itself that makes FogCam the longest-running device of its kind. To update the website, academic technology staff have to manually go in and edit the HTML — kind of like an old MySpace profile — and when they have to buy a new camera, they always stick with an older model to preserve the old-school charm,” explains SFGate.

You can see what’s happening at the university right now by visiting Fogcam.org.

Check Out World’s Oldest Webcam, In Operation Since Before Flip Phones