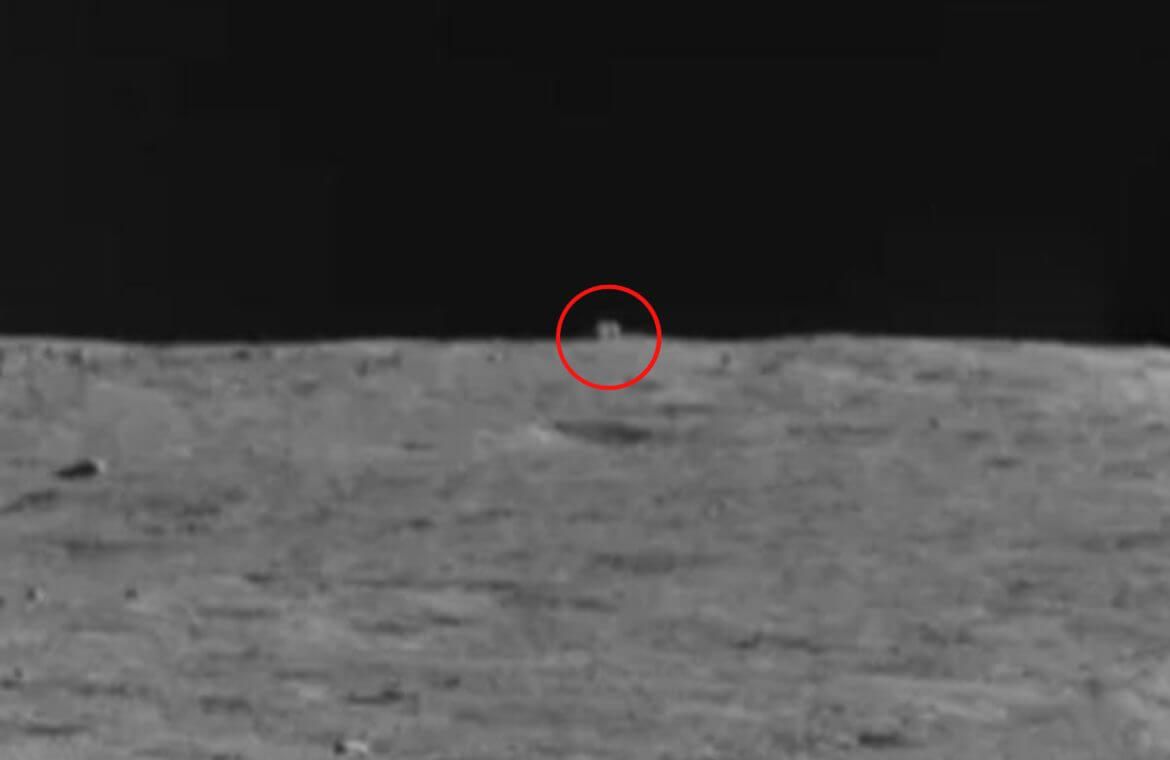 Take off your tinfoil hat or maybe put it on? Either way you look at it, the mysterious moon cube is bound to raise some questions.

China’s mysterious moon cube made waves on social media this December, with the China National Space Administration (CNSA) calling it a “mysterious hut” with many speculating that the cube is an alien artifact.

Now, CNSA says the mystery is over and the moon cube is just a rock.

The geometric look of it was apparently just a trick of perspective, with light and shadow falling on it so that the regular rock isn’t cube-shaped in any way. The CNSA sent the Yutu-2 rover to take pictures of it and the trip took a while.

Initially, the CNSA estimated the moon cube to be around 80 meters away from the rover and said they’re preparing to send it to inspect, a trip that would take two or three months.

Well, the Yutu-2 rover moved a lot faster and now, thanks to the latest photo, we can see it’s just a rock.

One of the ground controllers of the rover said that the rock looks more like a rabbit, with smaller rocks that resemble a carrot, so CNSA named it the “Jade Rabbit”.

Well, that doesn’t sound scary at all, so no need to plan for an alien invasion just yet!