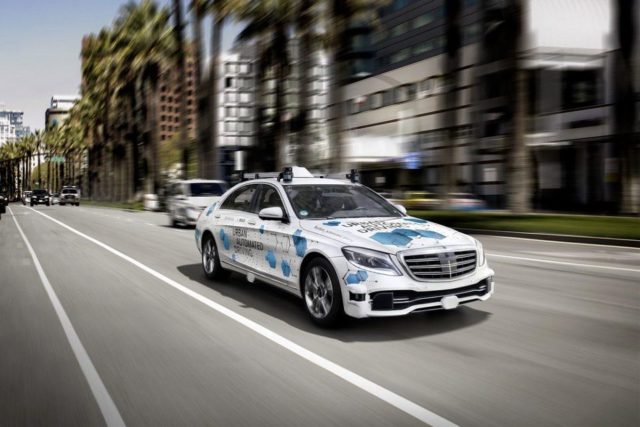 Daimler and Bosch announced back in July that they’re gearing up to launch their first automated ride-hailing pilot program in Silicon Valley, starting next year. It has now been made clear that their autonomous ride-hailing program will begin in San Jose and that its fleet will consist of self-driving Mercedes Benz S class vehicles.

Daimler and Bosch have worked together before and have brought new features that we can find in a lot of cars nowadays such as adaptive cruise control, stability control and anti-lock brakes.

Daimler will be responsible for vehicle integration and for the app that will accompany the service, while Bosch will be working on the computer platform that will be in charge of the autonomous driving system.

This computer will be based on the NVIDIA Pegasus architecture and it is claimed to have a performance of 320 trillion operations per second.

San Jose is a city that has slowly started to expand, counting over 1 million residents. The introduction of such services will be a step towards discouraging people from using their private vehicles daily and keeping the city free of too much traffic.