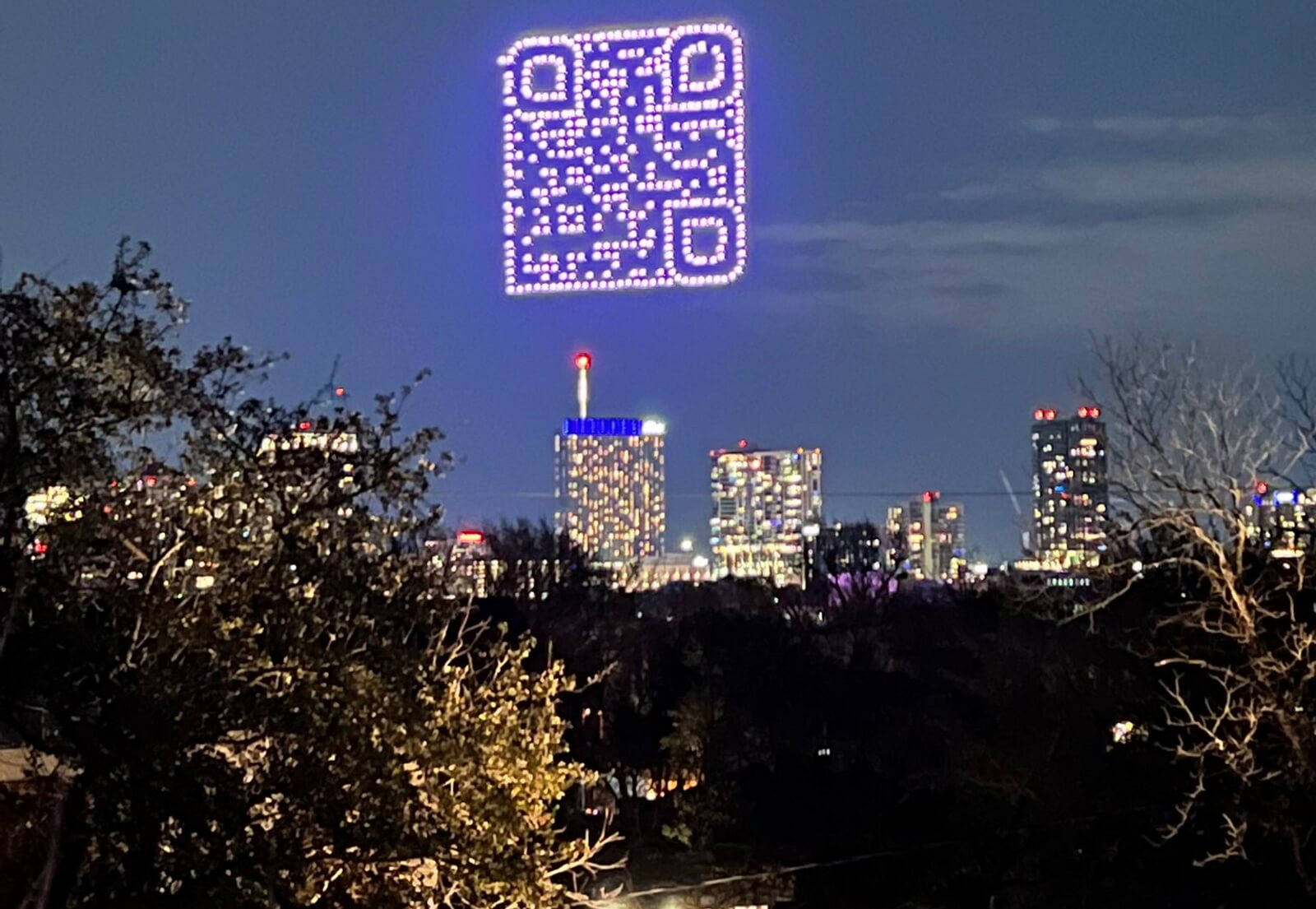 What do you do to promote a show about an alien invasion?

In the case of the Halo TV series, based on one of the most popular Xbox series of all times, the answer is “go big or go home”.

It’s also dystopian beyond belief, especially if you think the night sky is one of the last ad-free places on Earth.

Four hundred drones took to the skies above Austin, Texas for SXSW to spell a giant QR code, scaring residents in multiple ways.

On the Austin subreddit, multiple users shared their panic, saying things like “This is obviously a sign of the apocalypse,” or  “I saw it and got scared and ran inside.”

In an incisive message, one Redditor said that The day I look up to the night sky and see a fucking ad is the day you should just shoot me right there.”

Unfortunately for him, advertisers are leveraging any and every technology to get the message out there.

“The display was 300 feet tall (roughly the height of the Statue of Liberty) and 600 feet wide (almost two football fields). And, yes, the QR code was scannable, linking to a trailer for the series,” says Hollywood Reporter.

You can watch the trailer in question here and find out how to block ads on Youtube here, even without Youtube Vanced. For blocking ads in the sky, we have no advice other than, you know, maybe Don’t Look Up!