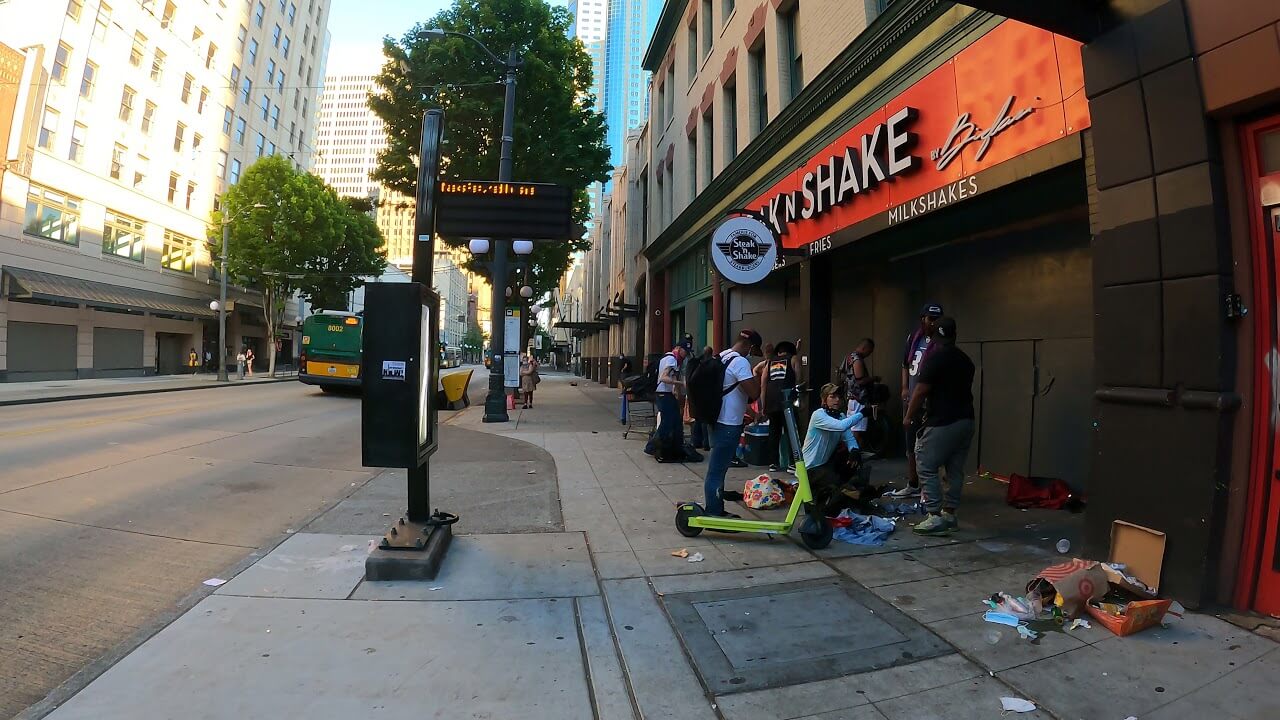 Multiple companies in downtown Seattle had to shut down their doors and Amazon had to relocate office staff due to an alarming increase in violent crime.

Companies in downtown Seattle are finding ways to survive and relocate workers, after multiple incidents started plaguing the city.

According to Newsweek, the city’s violent crime activity hit a peak on March 2, when 15-year-old Michael del Bianco was shot and killed at the intersection of 3rd Avenue and Pine Street, the location of Amazon’s office building.

Seattle authorities are working to remediate the situation and installed a mobile precinct at the intersection.

Amazon has 1,800 workers in the area but it’s unclear how many of them are still remote, so not all of them were in harm’s way.

“Given recent incidents near 3rd and Pine, we’re providing employees currently at that location with alternative office space elsewhere,” an Amazon spokesman told KOMO News in a statement. “We are hopeful that conditions will improve and that we will be able to bring employees back to this location when it is safe to do so.”

Other Seattle businesses were similarly affected by the spike in crime and had to close up operations. McDonalds closed its downtown Seattle locations and Qumulo, a cloud technology firm, had to do the same.

A video from last year shows the atmosphere in downtown Seattle.

Ring Cameras Proved Ineffective In Helping The Police With Crimes