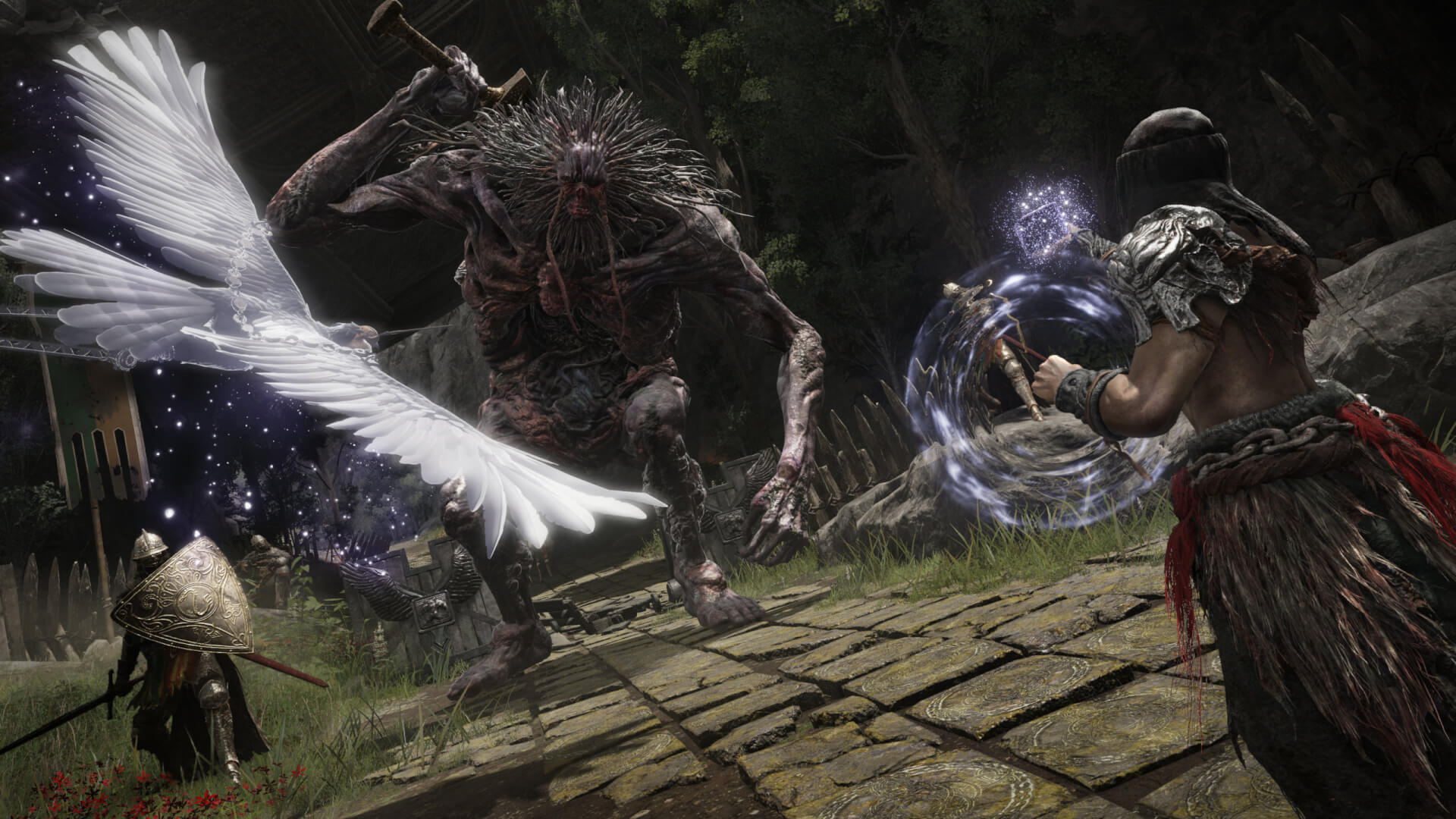 Elden Ring, hidden in the shadows after its E3 2019 reveal, was given a release date and new trailer at the Summer Game Fest Kickoff Live. Following these releases, IGN held an interview with producer Hidetaka Miyazaki, giving some more context to the game, development, and scenes in the trailer.

When it comes to the story, Miyazaki noted that in the world of Elden Ring, the eponymous Elden Ring grants blessings to all in The Lands Between, manifest by the golden aura mainly in their eyes. However, some, like the player character, lose the blessing and are exiled from The Lands Between, labeled as the Tarnished.

Yet, as the Elden Ring was shattered and its pieces are held by demi-gods ruling over the six main areas of The Lands Between. The player goes on a journey of gathering these shattered pieces, with one of the main themes being how the Tarnished understand their own return to a land they were once exiled from.

As mentioned, The Lands Between is broken up into six main areas, each with its own demi-god ruler and mainline dungeon. The open-world allows players freedom to tackle the six regions largely in the order of their choosing, with a hub area connecting the areas together. While fast-travel between areas is possible, weapon and skills act as incentive to travel off the beaten path.

When it comes to George R. R. Martin’s relationship to the game, Miyazaki lauded the author’s storytelling and collaboration. Martin helped create Elden Ring’s history and mythos, including the theme of the tarnished and the dynamic heroism and ruin present in each of the demi-god bosses. The team at FromSoftware then built the game around this narrative.

However, in typical Miyazaki fashion, the story won’t be told through a driving narrative. Instead, it will be told through exploration, found in the crevices of the vast world of The Lands Between. But, given Martin’s input, the story will have a lot more character focus than in other titles from the developer.

Finally, when it came to combat, stealth has now been implemented as a viable option. Additionally, players can summon other players and spirits of enemy characters to assist them in battle.

Check out the video recap of the interview below!