Elon Musk Makes a $20 Billion Market Adjustment "For The Planet" 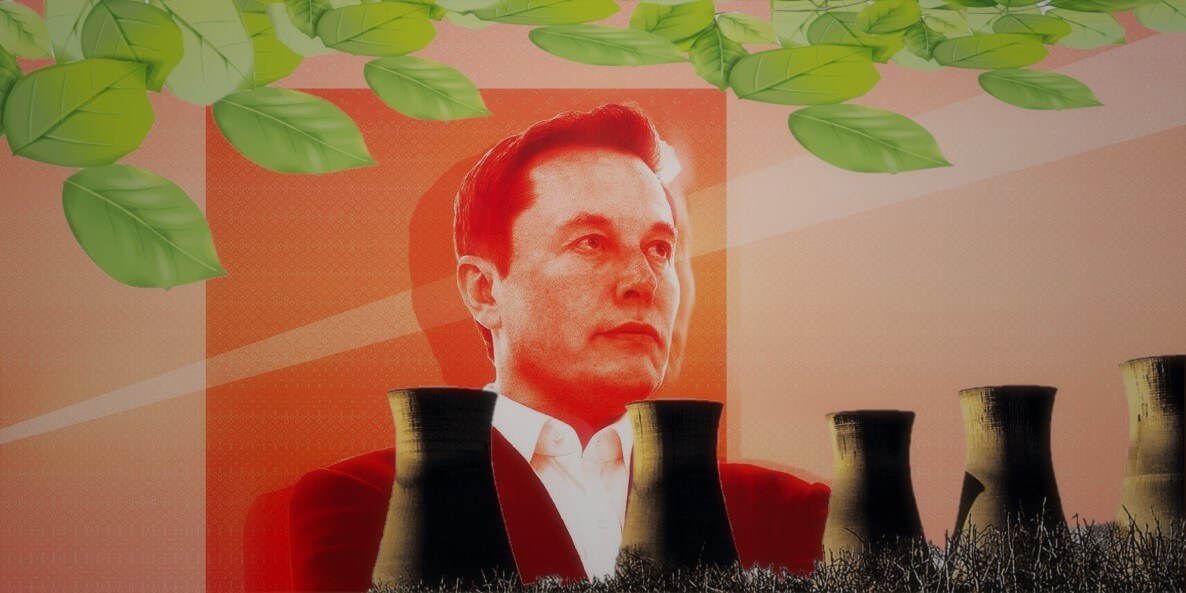 Elon Musk Makes a $20 Billion Market Adjustment “For The Planet”

Tesla CEO Elon Musk had a very, very bad week. It all started with his appearance on “Saturday Night Live” last weekend and culminated in a surprise announcement that shook the digital currency market resulting in a dip in price so big that made investors scratch their heads and ask in unison: What?

Tesla shares also had a price drop, as they fell 15 percent in the last week, with experts indicating that this is will not be an isolated incident if Musk is allowed to flip-flop through statements that regard Tesla. That 15 percent also cut down the billionaire’s net worth from $145.5 billion to a meager $20.5 billion, and it knocked him down from the third richest person in the world, putting Musk only slightly ahead of Bill Gates, and way behind Jeff Bezos and Bernard Arnault.

It all started in March

Musk’s statements created the perfect storm, but the seeds were planted way back in March when Tesla announced that it would support new methods for car purchases with alternative currencies. This support caused the newly adopted method to skyrocket the price of the coin, with the ascending trend continuing until a few days ago.

These alternative currencies can even make or break a company, not to talk about the individual, as they, as of now, are not regulated or backed. But with this move, Tesla legitimized the use, like other companies before it, with a surprise twist that happened a few days ago.

In April, the Tesla gamble paid off

In April, the Elon Musk-led company cashed in on some of the tokens it has acquired, selling ten percent of its accumulated digital profits to boost Q1 revenues by $101 million. Musk also wanted to clarify that he did not sell any of his stash of Bitcoin. At that point, whether that strategy was working out in the long term or not was anybody’s guess. Inherently, Tesla’s gambit seemed to have paid off, providing the carmaker with some much-needed liquidity in times of the pandemic.

Investors and corporate buyers including Tesla, Square, Metromile, and Nexon have gathered towards the digital coin, identifying it as a possible inflation fence while central banks print money to relieve coronavirus-distressed economies. Although some investors like Softbank founder Masayoshi Son, still aren’t buying into the craze and warn about the potential risks associated with legitimizing this way of transaction.

The day that Elon Musk shook the markets

And then, concerned about the environment and the fact that the methods of obtaining these digital coins are less than eco friendly, Musk announced that Tesla will close off any purchase methods with the digital currency, opting to use the 1.5 billion capital in the coin for other ventures for the company. Musk specified that Tesla plans to hold rather than sell, and look into other currency opportunities that require less energy for transactions.

This may be a side-effect of the SNL jokes, or just investors that are not happy about what Musk is doing in the public eye. Most certainly it is a reactionary response to the way Tesla Stock is behaving, with investors wanting to secure the company’s future. After the surprise announcement that a Tesla car was purchasable with digital money, popular currencies soared an impressive 50% after this validation, and with it, any Tesla investment. But the “Eco” angle is a bit on the nose.

The environmental angle makes no sense

This betrayal of Bitcoin, especially from an environmental standpoint, has not legs to stand on. Cambridge has been monitoring the power consumption of digital miners since 2017, and the developing prospects of “electricity pollution” were on the table even since 2019. Either Musk has a very poorly staffed team of advisers – if he has one at all, or this whole thing stinks of a “hustle” as mister Musk so eloquently put it on SNL.

According to the Cambridge Bitcoin Electricity Consumption Index, an effort that provides a real-time estimate of the total electricity load and consumption of the Bitcoin network, mining at this point will surpass Norway in the near future. The most mined coin consumes 121.36 terawatt-hours worth of electricity every single year, higher than Argentina’s energy expenditure and almost as “power-hungry” as Norway.  And this report was a very big deal for years, ever since 2019, when the projection said that if some coins were to be considered a country, it would rank 30th on Earth, spending about 0.5% of the world’s energy generation.

International power outages due to mining

In January of this year, Tehran and other major cities from Iran have experienced frequent power outages that have left millions in darkness for several hours. The Iranian Government blamed the miners for the blackouts, with authorities shutting down no less than 1.600 centers across its borders, even those which were legally authorized to operate. The authorities also shut down the largest authorized site in the country, an Iranian-Chinese mining farm near the city of Rafsanjan which was reportedly using 175-megawatt hours of electricity from the 600 megawatts allotted to all mining efforts factories in the country.

And we can keep pointing out some trivia tidbits about what was available about what miners were doing to the environment. Musk just chose to ignore the facts, as he always does, and ‘hustled’ a bigger quarterly profit, choosing to back down now, when he suddenly learned that the planet is crying when a miner is extracting a coin. This “adjustment” seems to be made more on a whim than some cold hard facts and research. Or maybe, just maybe, there are other elements in play here that we are not seeing at this point. What do you think? Is this sudden environmental concern only a smokescreen? Or just some way for Musk to make a quick buck? Sound off in the comments below.

Elon Musk Makes a $20 Billion Market Adjustment “For The Planet”