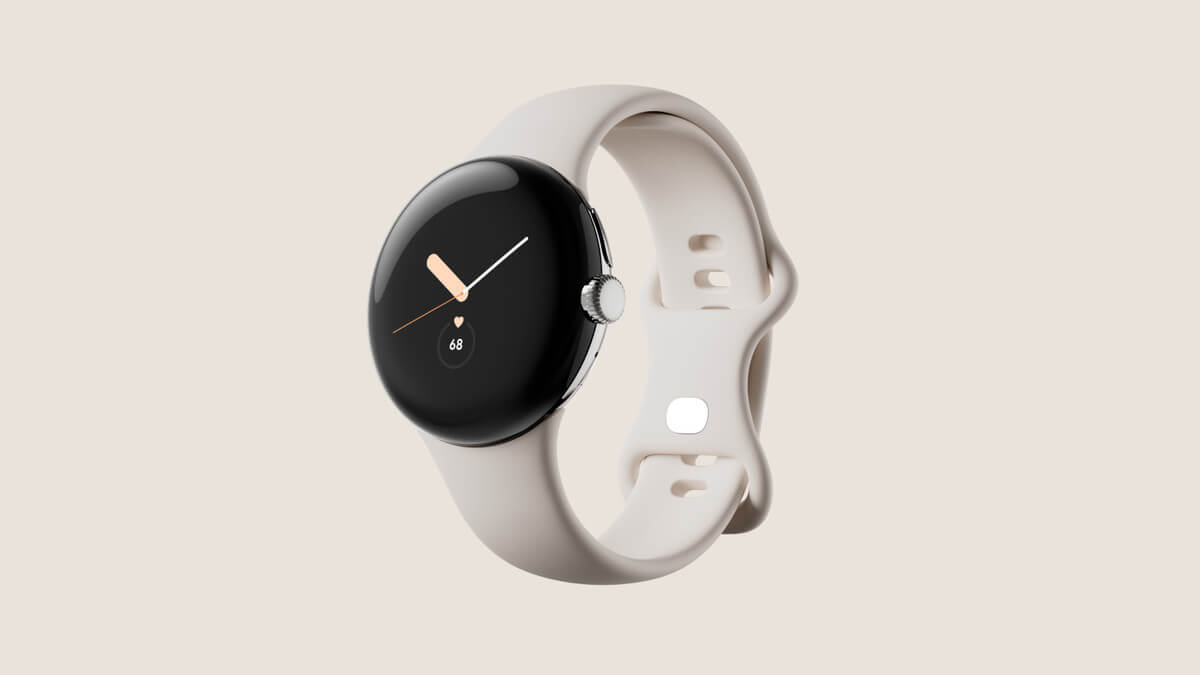 Google’s first smartwatch, the Pixel Watch, is in the house! Almost. The watch was part of yesterday’s Google I/O 2022 conference talk but it won’t debut until fall. However, when it does, you can bet it’s gonna make a splash with the “most advanced health sensors” on the market.

Google’s long awaited Pixel Watch made a brief appearance at Google’s developers’ conference yesterday. The design of the smartwatch was confirmed – a beautiful, circular design with rounded corners and a sleek silicone strap.

The company made it clear the product would be marketed as a premium device and come with WearOS this fall, alongside Pixel 7 series. Besides the basics, here’s what we found about the up-and-coming Google smartwatch.

As the ideal WearOS / Android wearable, Google will make sure the Pixel Watch debuts with their latest tech. This means you can expect an improved WearOS interface, Google Wallet and Google apps that have become a necessity in users’ lives. Here we’re referring to Maps and Google Assistant, among others.

We’re lacking details regarding processor, display type and other specifics for now but be sure that we’ll know more as October approaches.

As you may or may not know, the Fitbit team is in charge of the development of Pixel Watch. So, you’ll definitely find similarities between this smartwatch and Fitbit’s fitness trackers. However, Google does not intend to merge them anytime soon, looking at the two brands as rather complementary than opposite.

The company wants to target users that want lifestyle smartwatches, with some health features, with Pixel Watch while fitness enthusiasts can still opt for Fitbit devices.

For now, we know that popular Fitbit features like Active Zone Minutes will make it to the Pixel Watch and that Google intends to bring “the most advanced health sensors” in later iterations of the device.

How does Google see the future of Pixel Watch? Well, for one, it won’t support iOS.

The company will keep this device Android-only while giving their users the chance to pair iOS hardware with Fitbit trackers if they choose to.

Could it become a serious rival to Apple Watch? Chime in below!

How to Use Google Maps For Parking Spot Issues