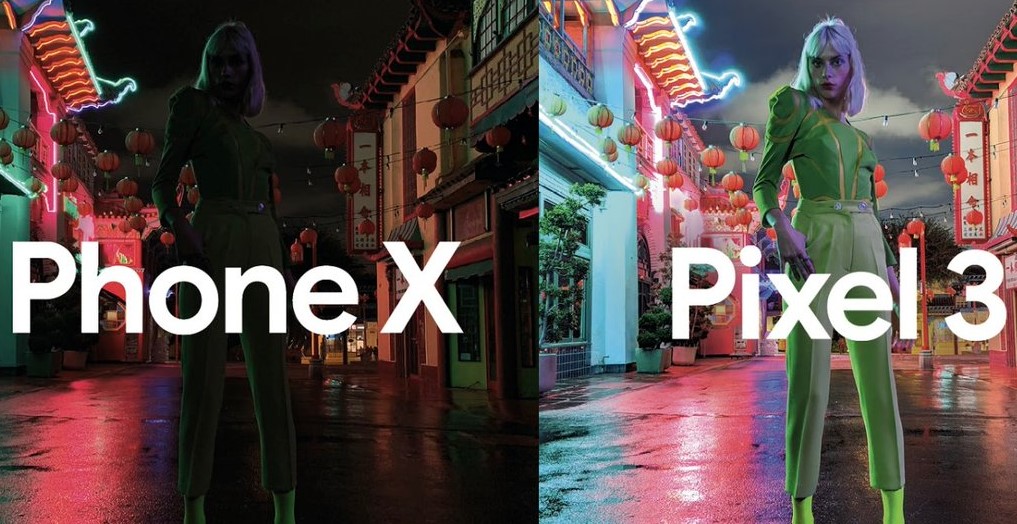 Night modes are the new thing in the smartphone industry and all the big names like Apple, Huawei , Google, Samsung and Xiaomi are all competing to deliver the best night time/low-light shots with their respective flagship smartphones.

In the most recent stunt, Marvin Chow, VP of Product Marketing at Google, took to Twitter to post a comparison between Pixel 3 Night Sight and the abilities of the iPhone XS in the same low-light conditions.

The differences are more than obvious: the Pixel 3 delivers a brighter scene, richer in detail and color. While it is true that the neon background is perhaps a bit too bright and the colors look a little over saturated, the result is definitely better than what we can see on the iPhone XS.

Apple’s handset delivers a darker photo, and the subject’s face is not quite clear or illuminated. Of course, with a bit of editing and tweaking, we can expect the photo to turn out just fine in the end. Who doesn’t edit their photos before posting them nowadays anyway?

Pixel 3’s NightSight was left out of the initial advertisement when the phone was launched but the update eventually arrived in November 2018 and it was everything Google promised it would be.

While the iPhones deliver decent photos in low-light conditions, for the time being, the Pixel 3 still holds the title but who knows: the upcoming Apple lineup might take us by surprise and prove a worthy rival to Pixel 3’s Night Sight.