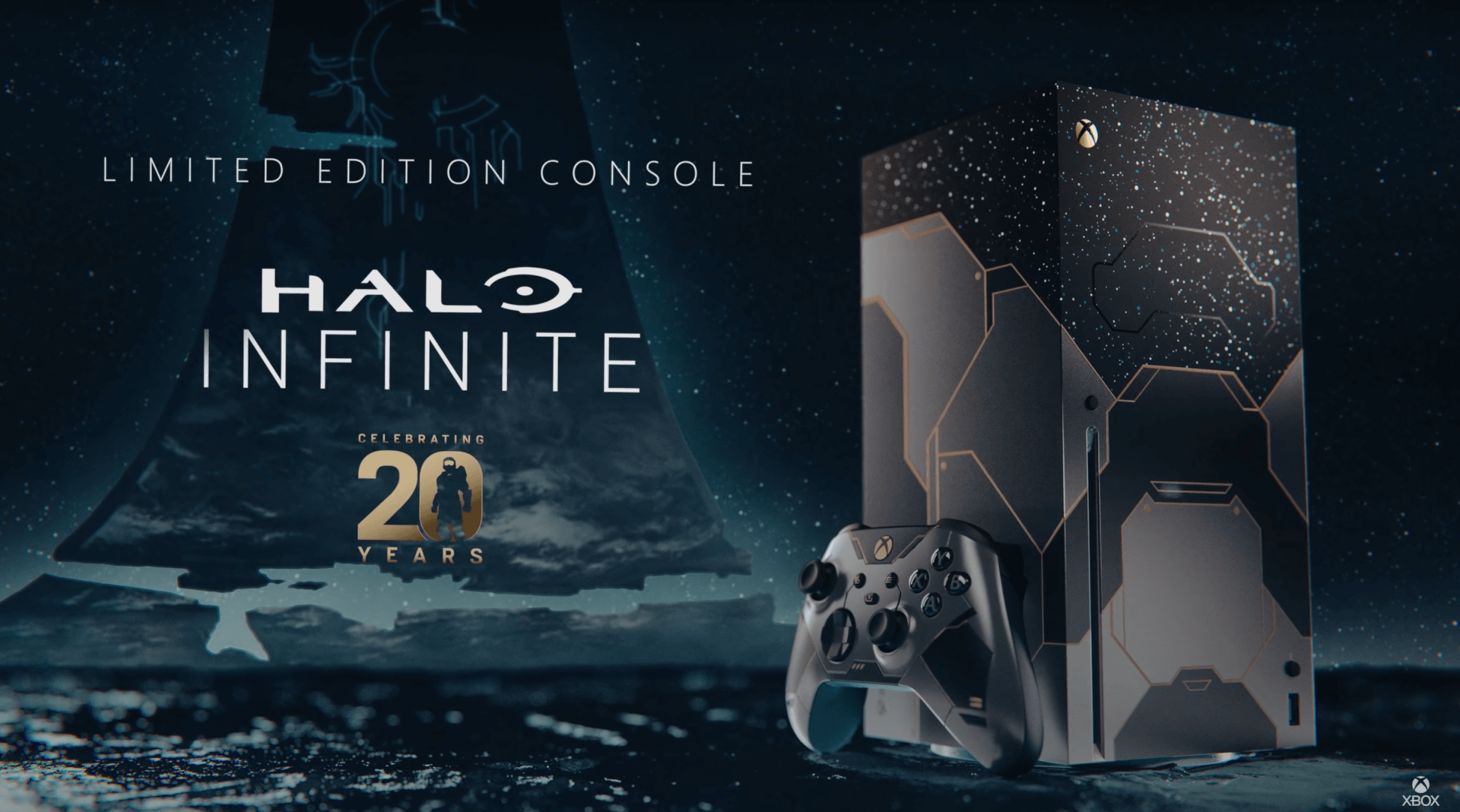 It has been 20 years since Halo first launched, marking the start of Xbox and an industry wide seismic shift towards first-person multiplayer shooters. In celebration of Master Chief’s incredible legacy and impact, Xbox is launching an Halo Infinite Limited Edition Xbox Series X and Elite Series 2 Controller!

As described on Xbox Wire, the Limited Edition Xbox Series X has been custom designed inspired by the Halo universe. It features a metallic wrapping with iridium gold accents with a star pattern to replicate the universe’s expanse as seen from the Zeta Halo. The vents are accented with a soft blue, mimicking Cortana’s colors. Console power on and off sounds will also be Halo themed.

The Limited Edition Xbox Series X will come with a similarly designed controller, with an iridium gold 20-year mark on the back. A downloadable copy of Halo Infinite will also come bundled with the console.

Xbox is also launching a separate Halo Infinite Limited Edition Elite Series 2 controller. This controller has been designed to evoke memories of Master Chief’s iconic green metallic armor As such, the main faceplate is built out with a “battle-worn, matte metallic green with an iridium gold D-pad.” It also comes with custom carrying case, a series of swappable components, and a thumbstick tension adjustment tool. Players who purchase the controller will get a custom charm in-game.

Xbox will also be released Halo Infinite Editions of the Razer Kaira Pro and the Seagate Game Drive. Both are generally designed with Master Chief’s armor in mind.