Here’s How Saudi Arabia’s $500 Billion Planned City Will Look Like, A Place Where 'Holograms Will Educate Genetically Engineered Humans' 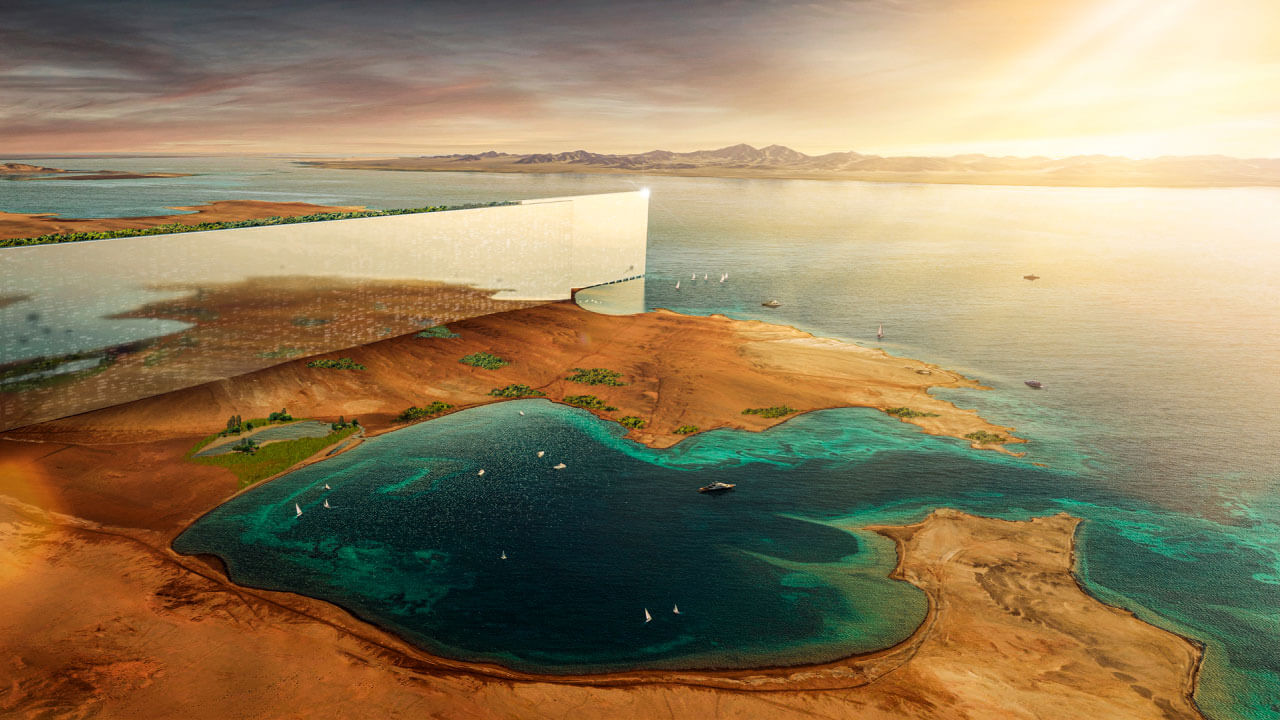 Here’s How Saudi Arabia’s $500 Billion Planned City Will Look Like, A Place Where ‘Holograms Will Educate Genetically Engineered Humans’

Leave it to Saudi Arabia to undertake mind-boggling projects and terrifying ideas! This huge mirror in the desert is actually a city with more robots than people – or will be, if everything goes according to the plan.

Saudi Arabia’s Crown Prince Mohammed bin Salman is planning an initial public offering where investors can pitch in the future of Neom, a $500 billion megacity where robots will outnumber humans. Called “a civilizational revolution that puts humans first, providing an unprecedented urban living experience while preserving the surrounding nature”, The Line does look amazing, a mirror cutting across the desert and reflecting the dramatic landscape.

The Neom project financing news was joined by a teaser video where you can see how that future city will look like.

The Line, the ‘vertical city’ planned, will be 170 kilometers long and 500 meters tall, with everything covered in mirrors.

Under those huge mirrors, The Line actually hides two huge buildings divided into neighborhoods, where all the amenities of city life would be in a five-minute walking distance.

According to The Verge, this vertical city will be designed to make life as uncomplicated as possible for the residents.

“Vegetables will be ‘autonomously harvested and bundled’ from community farms; ‘a high-speed train will run under the mirrored buildings’; the Line will include a stadium ‘up to 1,000 feet above the ground,’ and there’ll be a marina for yachts under an arch between the buildings.”

According to a previous report published by Wall Street Journal in 2019, Saudi Arabia envisions The Line and the Neom project as a place where not only robots will outnumber humans, but hologram teachers will educate “genetically-enhanced” students. And yes, they’re thinking of dinosaurs too! Does that remind you of any scifi dystopia?

If all goes to plan, The Line will be built very soon.

Talking to reporters in Jeddah, the crown prince said the Kingdom is setting aside $80 billion for Neom Investment Fund, where it would invest in companies that agree to operate in the futuristic city, Bloomberg reported, saying that the IPO could happen by 2024 and the first phase of the project will run until 2030.

Here’s How Saudi Arabia’s $500 Billion Planned City Will Look Like, A Place Where ‘Holograms Will Educate Genetically Engineered Humans’