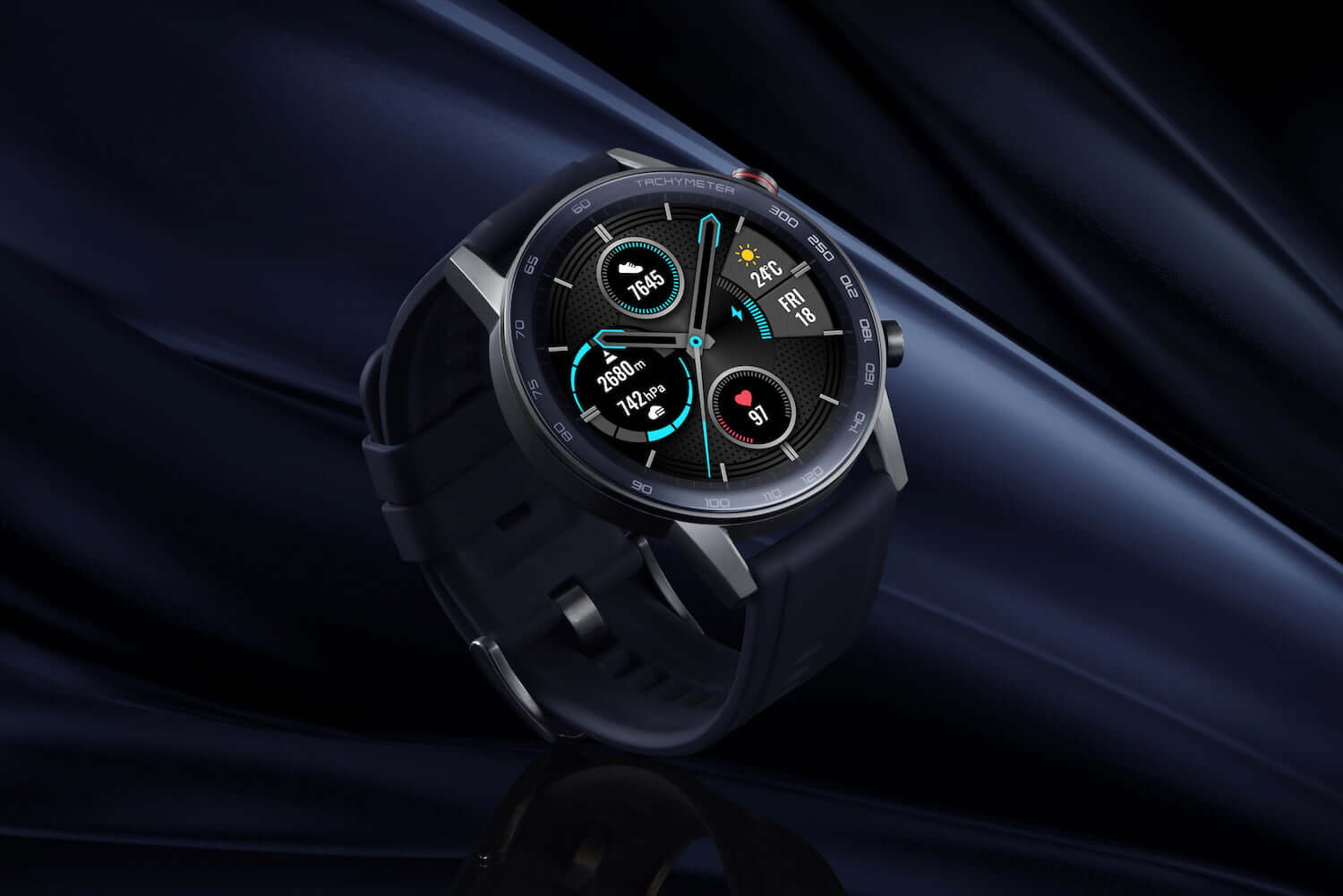 Honor V30 was not the only thing to come out today from Huawei’s hands. The Honor Magic Watch 2 also made an appearance, trying to tick off all the boxes consumers may have in mind. That’s good for sales, but it’s not something to make it stand out. However, the watch did grabbed our attention with two of its features.

Honor Magic Watch 2 was launched in two sizes, a 42mm one for smaller wrists and a 46mm version. Both feature AMOLED displays, though the first has a 1.2-inch screen while the other is slightly bigger, at 1.39 inches.

There are watch faces to choose from, of course, but the real trick here is that you can upload your own selfie or random picture to put as a wallpaper. By the way, there are 4GB of internal storage. You can use about half of it to store around 500 songs that the smartwatch can blast out by itself, through the built in speaker.

The smartwatch size is also a great hint on battery life. The 46mm version should get you going for 14 days, says Honor, while the 42mm is guaranteed to last just seven days.

On a single charge, you can get plenty of fitness info as the Honor Magic Watch 2 comes with 15 sport modes. Plus, it tracks heart rate and can follows you under water, since it has a 5ATM certification.

Honor says that when it comes to sleep, the watch can precisely track and diagnose 6 common types of sleep disorders and provide over 200 corresponding suggestions tailored to your sleeping habit to improve your sleep quality.

That’s quite the perk! All of it, however, is synced to the Huawei Health app, because again, the device doesn’t support Google apps at all.