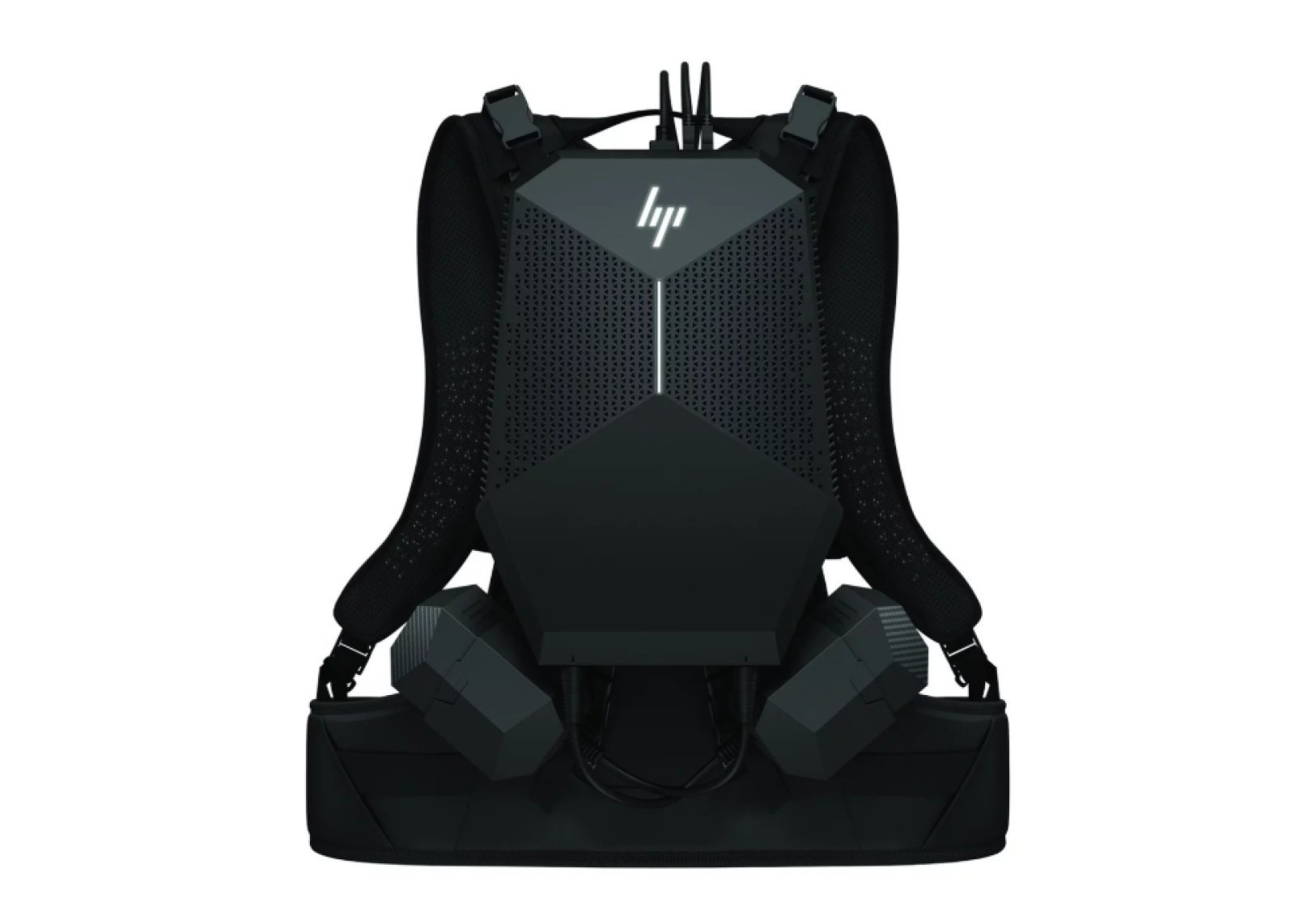 We first heard of the words ‘VR’ and ‘backpack’ in the same sentence back in 2017 when HP introduced its Omen X VR backpack, a piece of tech that packed up a 7th Generation Intel Core i7 processor and an NVDID GeForce GTX 1080 alongside a pricetag of $2,499.

And, by the looks of it, HP is deadset on making VR backpacks a things as it just announced it will be releasing a new one, dubbed this time simply the VR Backpack.

So, what exactly are we looking at?

Well, it’s quite straightforward – you basically carry the PC with you in situations like job training, VR development and more. It’s powered up by swappable batteries that allow you to move around freely and, once you’re done, you can dock the PC back into its dedicated station.

The idea behind it primarily targets developers, who can create at their desks and then swiftly move to an open space where they can test out what they created.

Inside the HP VR Backpack there’s an Intel Core i7-8850H processor, 32GB of RAM, up to 1TB of SSD storage, and NVIDIA GeForce RTX 2080 graphics. And yes, you’ll have plenty of ports to play around with, two of them are USB 3.0, one is a Thunderbolt USB-C, the other an HMD power port as well as a headphone-microphone port. There’s a bunch of other additional USB ports included on the dock too and an ethernet jack so you really can’t complain that you’re missing anything as far as cables go.

Yes, VR backpacks are quite a niche product, and they don’t come cheap, with many wondering if there’s even a place for them on the general consumer market at all but, if HP thinks we should give them a chance, then we might as well see them in the wild where the developers will decide if they’re worthy of a spot in the history of the development of VR or not.

HP’s VR Backpack is slated for a summer release, with a price tag of $3,300 so, if you want to grab one, you better start saving up.