HTC U12 Plus is easily one of the best Android phones we’ve seen this year. We talked here about the overall performance of the phone and price , but in the end, no matter how awesome the spec sheet is, it all boils down to the user experience. That’s why we couldn’t pass the chance to test it ourselves at Mobile World Congress Shanghai this year. There are several features that make it a great surprise for the user, one of them offering the owner something even the iPhone X can’t. #ttllive

Most phone makers’ booths revolved around the latest phones, be they flagships or mid-range models. HTC though, paid equal attention to the U12+ as to the Vive Focus, the standalone VR headset. In fact, their “booth” was actually a huge area divided into multiple zones.

In the center, we found HTC U12+ standing at the same table as the Vive Focus. That’s because you can actually use the U12+ with the Vive Focus to create complex virtual reality experiences. We’re not talking about using it as the base for the headset, but as a keyboard or tool to play the guitar, for example, as Yue readily learned.

The fact that this phone can easily tap into the Vive Focus’ power is clearly one advantage Apple doesn’t have. At this moment, the iPhone maker doesn’t have an AR or VR product out there, missing out on a big, growing market.

In the Android realm, Samsung has been drawing everyone’s attention when it comes to VR, but in HTC U12+ and HTC Vive Focus, it has found some real competition. 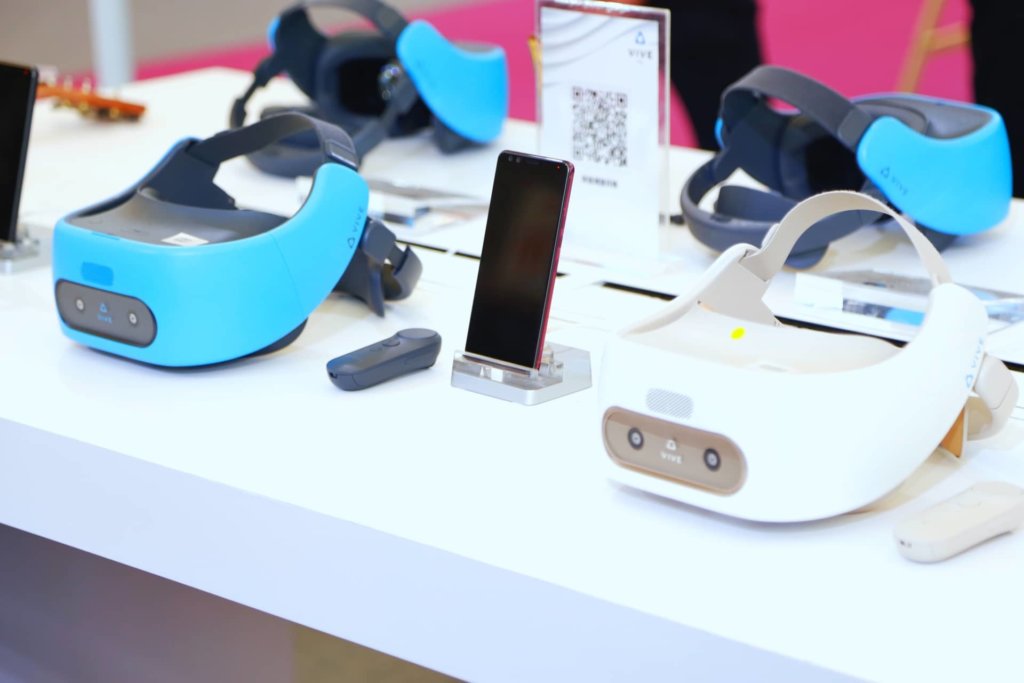 Besides its link to Vive, the phone’s camera is right behind Huawei P20 Pro’s one, in top 3 mobile cameras on DxO Mark scale. Moreover, the phone has a unique UI, Edge Sense 2. We tapped and squeezed the phone to launch different apps and go into multi-task mode. It takes a while getting used to, but once you do, you’ll find it refreshing. It also offers AR masks that track your face pretty great in video recording.

Bottom line: If you want an Android phone with great camera, design, user interface, AR capabilities and something iPhone X doesn’t have, HTC U12+ is your phone.