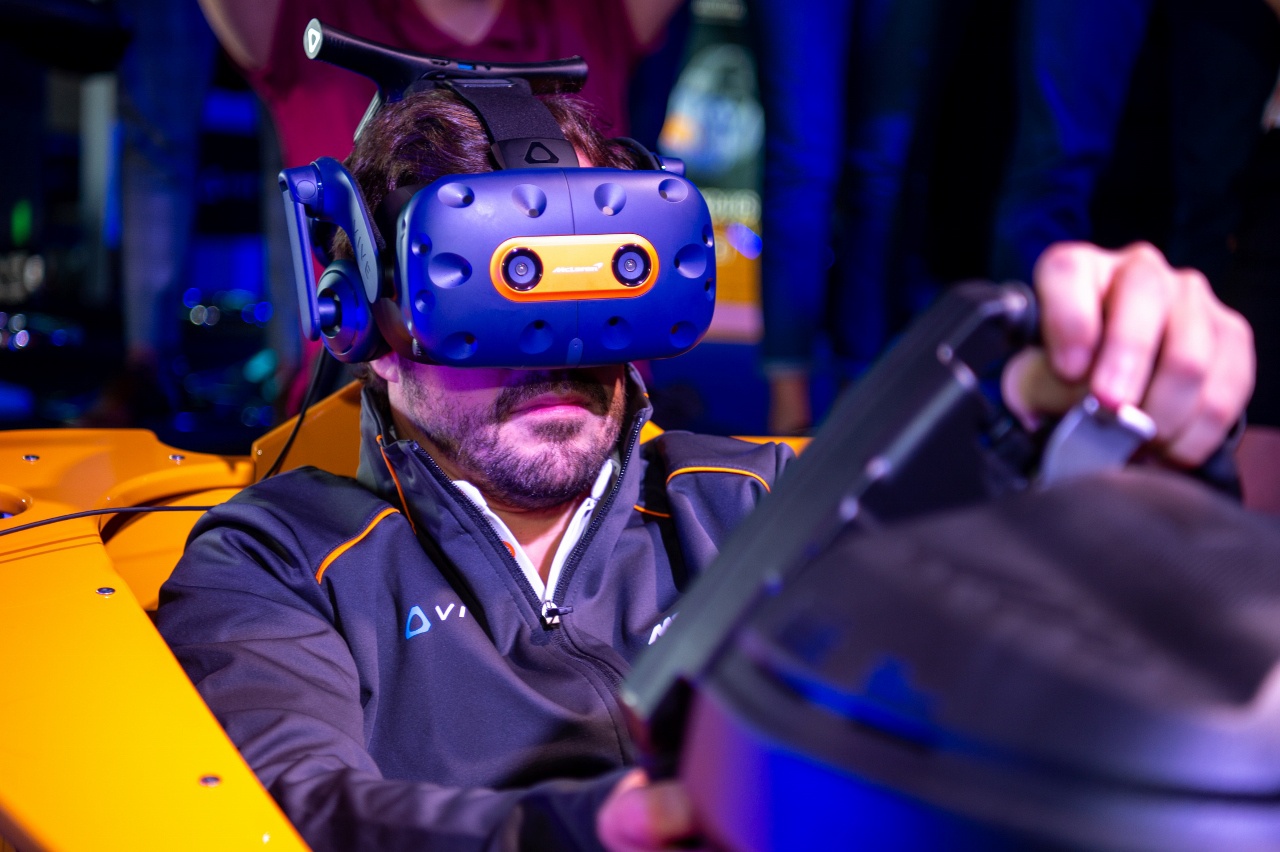 If you are into Formula 1 racing, HTC Vive has a treat in store for you.

The company has recently announced its partnership with McLaren and the release of a limited edition Vive Pro McLaren headset.

The headset promises to offer crisp resolution, audio and ergonomics in order to deliver the best possible VR experience for all the racing fans out there.

“Grand prix racing attracts over 500 million fans globally, and we’re excited to partner with McLaren to bring a unique perspective to race fans through VR. Through our collaboration, we’re combining our best-in-class VR headset with their long heritage of racing expertise to create the most immersive experience for fans across the globe. This is a chance for customers to go beyond being a spectator and feel the excitement of being a McLaren driver or pit-crew right from their living rooms.”

But that’s not all – the headset will also be paired up with the “McLaren Garage VR” experience, alongside a custom version of “RFactor 2″ Mclaren Edition VR racing which has been designed to operate without additional driving accessories.

The McLaren Garage VR offers the users the multi-player experience of being a part of the McLaren pit crew where they can experience completing tire adjustments in the same manner the crew does during a race.

There is also a “Pit-stop Challenge“, another multiplayer competitive game where the users can explore the latest pit garage from McLaren, learn how to change a car tire and participate against other players on a timed tire change challenge.

All these experiences are available on Viveport exclusively and the Vive owners can access the titles for free via a subscription.