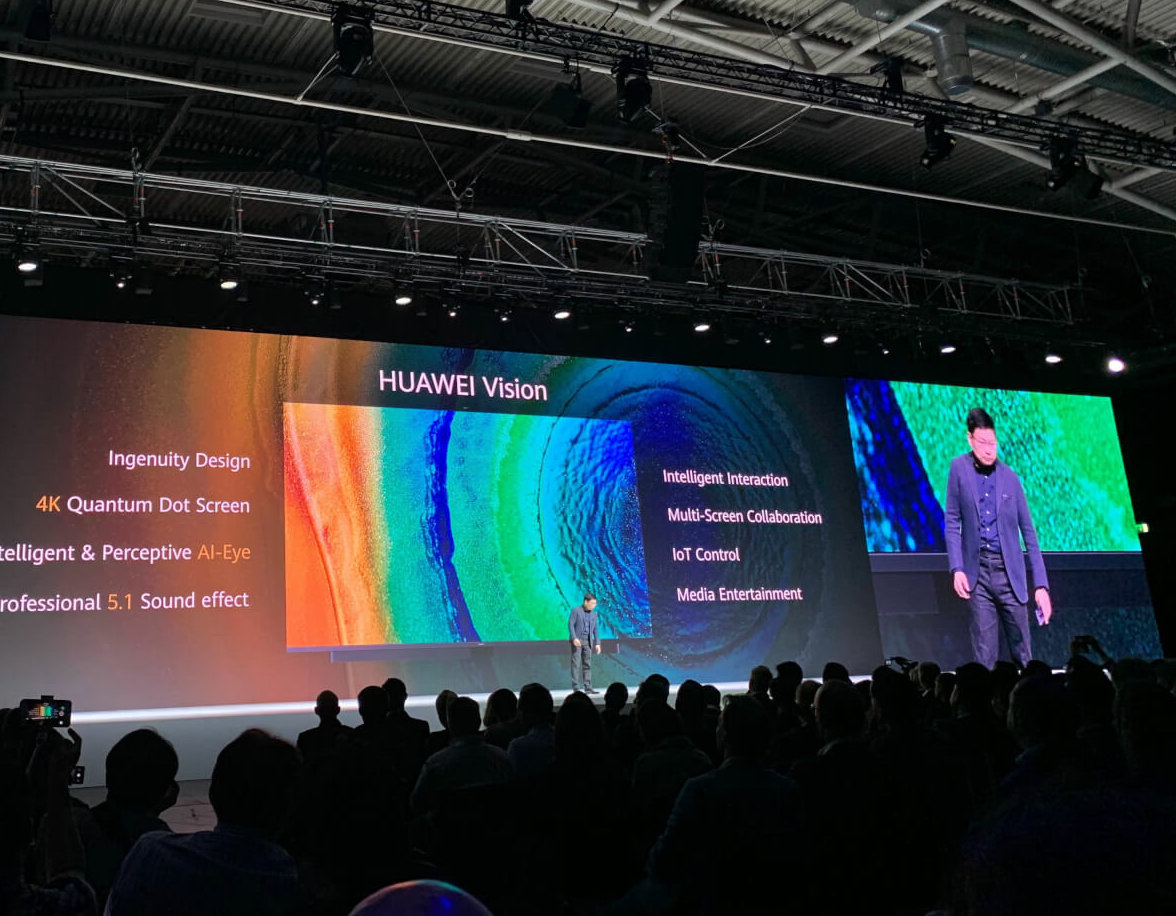 At its launch event for the Mate 30 series, Huawei has also launched the Huawei Vision TV. The TV has a Quantum Dot 4K screen, which means users can expect excellent image quality from Huawei Vision. It runs on the company’s very own Harmony OS software.

The 4K Quantum Dot screen on Huawei Vision has a 100% NTSC color gamut for better color reproduction and offers refresh rates up to 120Hz, so you can expect smoother animations. In addition to that, an AI mode will filter blue light in order to protect the eyes of young viewers.

The TV’s remote features a touchpad and can be charged over USB-C.

Apart from that, Huawei Vision will also serve as a smart home hub for users and will allow them to control their HiLink-compatible smart home devices. The TV will apparently “always listen” even when it’s in standby mode – a feature I am quite sure some people might find somewhat unsettling.

For audio, the TV is supplied with a professional 8 + 1 + 1 audio system and creates a 5.1 sound system with features such as sound field modeling and beam control.

That being said, one of the distinguishing features of Huawei Vision TV is definitely the pop-up camera the company has set up on the upper frame, which can be used to make video calls with Huawei’s AI video call feature. The camera is also equipped with face detection, face recognition and tracking capabilities. When not in use, it will lower its down into the television.

Huawei Vision will be available in three variants: 55 inches, 65 inches and 75 inches but the company said more dimensions will be added in the future.

Details on pricing and availability for Huawei Vision have not yet been announced but, considering Huawei’s sub-brand Honor has only launched its TV models in China, it’s unlikely we will see the Huawei Vision make an appearance outside the country but Huawei will most likely release more information soon enough.