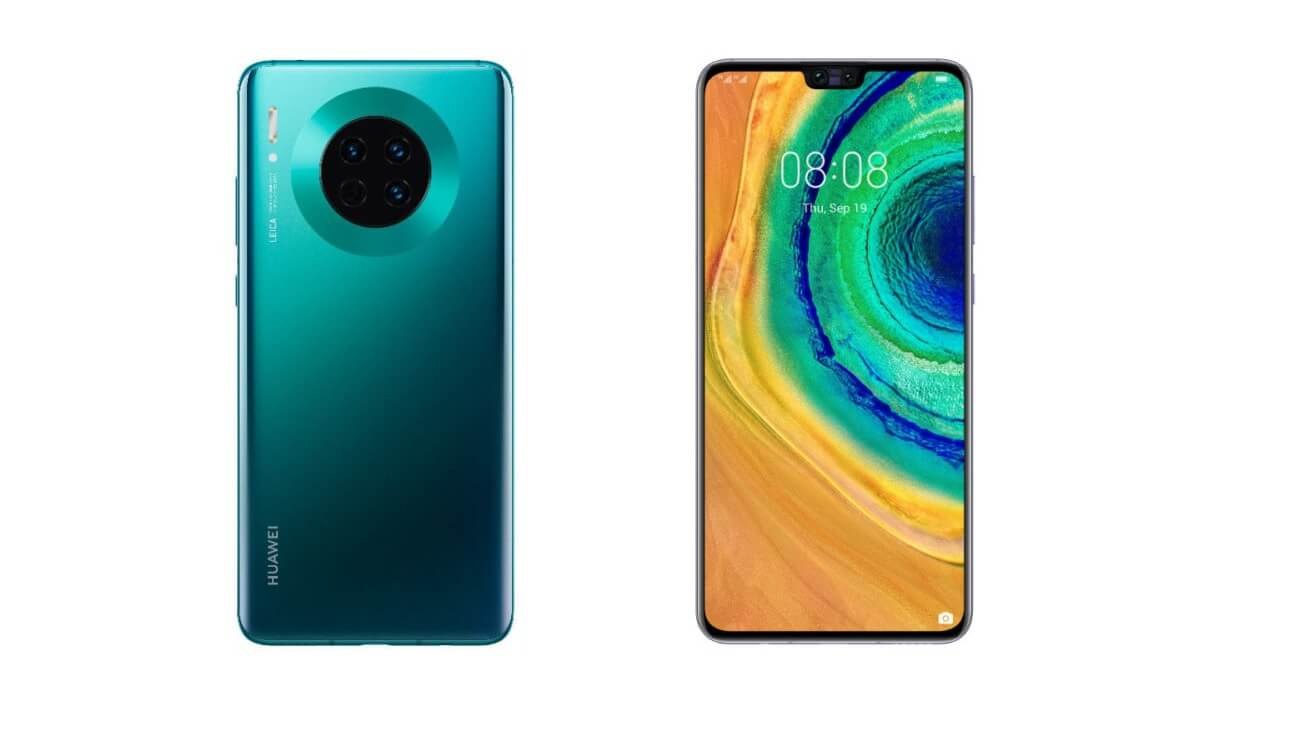 Huawei’s Mate 30 has not been seen or heard of a lot, save for the Mate 30 Pro who has popped up online in rumors here and there. But, at long last, some new leaks have wiggled their way to the surface of the internet, thanks to the ever-reliable leakster Evan Blass.

The new leaked images don’t only show the Mate 30 Pro but also the vanilla version of the smartphone, as well as the Mate 30 Lite.

As far as the Pro version goes, there’s nothing in the image we haven’t seen before, at least as the previous rumors and renders are concerned, that is. The device has a pretty generous notch that squeezes in the cameras and allegedly face unlock sensors. On the back we can see a circular camera housing.

The vanilla version of the Mate 30 on the other hand has a smaller notch that houses two cameras and a sensor. On the back, we’ll find the same round camera housing but no fingerprint scanner anywhere in sight which means we might find it in-display on this model instead.

Then we have the Mate 30 Lite that doesn’t sport that many differences when compared to the Mate 20; we can see it features a punch hole camera cut out on the front instead of a notch but the square camera housing on the back still makes an appearance as well as a fingerprint scanner.

So far so good, but there’s more: an extra render shows a Mate 30 Porsche variant that has a leather back and comes with, of course, the automaker’s branding. The camera housing is actually an elongated strip across the back that goes almost all the way to the bottom of the phone.

The selfie camera is made out of three sensors and the screen seems to curve around the edges in a waterfall style.

All the smartphones in the renders, except for the Mate 30 Lite, feature 5G connectivity icons.

Huawei will launch the phones on September 19th so we’ll hear more about them there, unless a new leak somehow slips through the cracks in the meantime.