Wandering the halls of IFA in Berlin is definitely a visual feast but one thing really shines: the newly-unveiled Amber Lake and Whiskey Lake Intel Core 8th gen processors. We’ve already heard about quite a few laptops that take advantage of the new processors and it’s easy to see why.

For those of us with work on their minds, the new Whiskey Lake U-series, which includes i7-8565U, i5-8265U, and i3-8145U, definitely promises quite a few improvements on the battery front. Laptops and 2-in-ones using them will be able to go up to 16 hours on a single charge, with power-optimized systems targeted to achieve about 19 hours. Comparing them to processors from five years ago, Intel says we can expect two times better performance for web browsing and content creation. 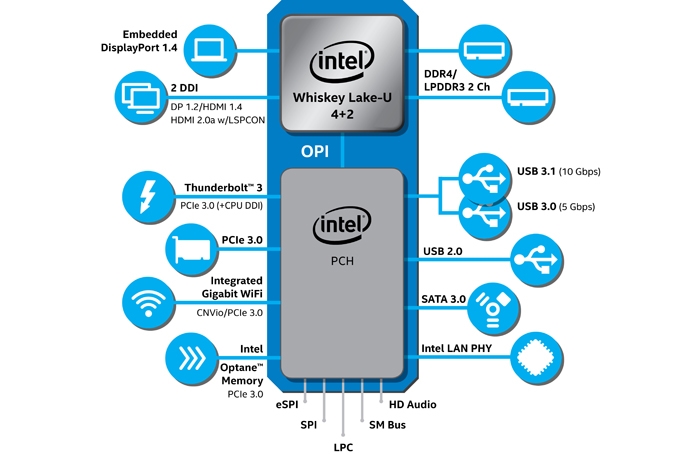 To not confuse them with the 8th gen Kaby Lake series, look for a bright yellow speaker that boasts “Optimized for Connectivity.”

Meanwhile, the Y series Amber Lake promises faster Wi-Fi and LTE capabilities and as much as double the performance of the previous generations, with Gen 3 PCIe support for better transfer rates.

On the fun front, the 8th gen Core processors bring support for assistants like Alexa and Cortana.