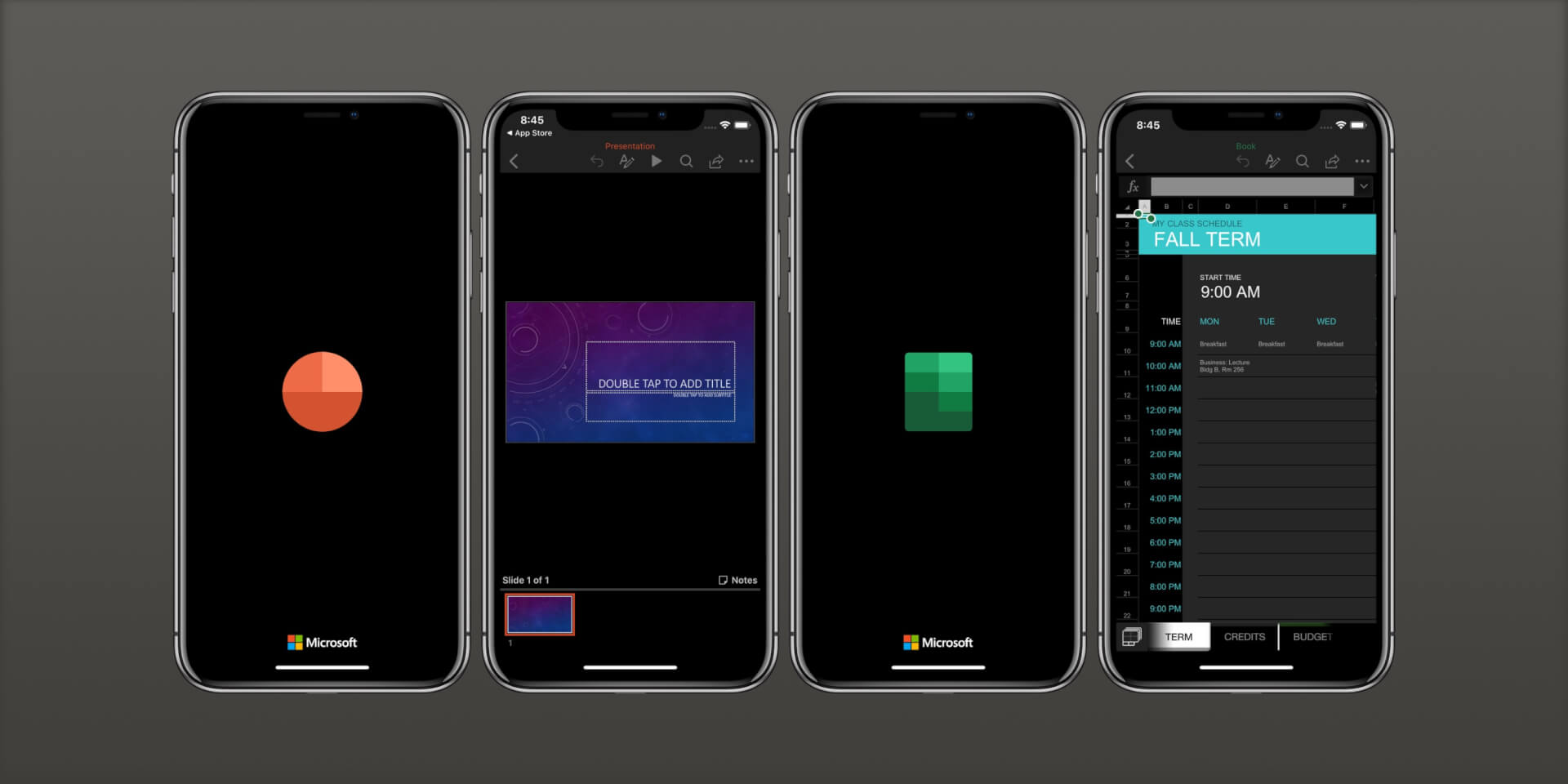 The iOS 13 Dark Theme is now supported by the main applications from the Microsoft Office Suite. That means Word, Excel, PowerPoint and OneNote have just been updated to support the Dark Theme that was introduced in the latest version of Apple’s mobile operating system.

The apps will all automatically adapt to the theme and present the users with a practical dark interface is Dark Mode is already active.

Microsoft stated that it built the system-wide support for Dark Mode pretty much from scratch.

“Our design research specifically focused on these contexts where folks would want to use Dark Mode, and the response was very positive. While some Dark Mode experiences can be neon or overly bright, people felt that Outlook mobile kept the kind of relaxed feeling you might want in a dimly lit living room or bedroom.” Microsoft’s Jon Friedman said in a blog post back in August. “They described the experience as comfortable, crisp, clear, and aesthetically pleasing, a nod to how Dark Mode can reduce eye strain.“

Now the change has been rolling out system-wide for the iPhones and iPads that run on the latest iOS and iPadOS versions. In addition to that, the apps will also feature some small changes.

For Word, Excel and PowerPoint, Microsoft added the Move command option that can “easily move your cloud-based files from one folder to another.”

The company “worked to ensure design teams were ‘aligning to the single palette” and has been slowly building up Dark Mode support for a number of apps such as Outlook for iOS, which received this update in August, before iOS 13 was released.