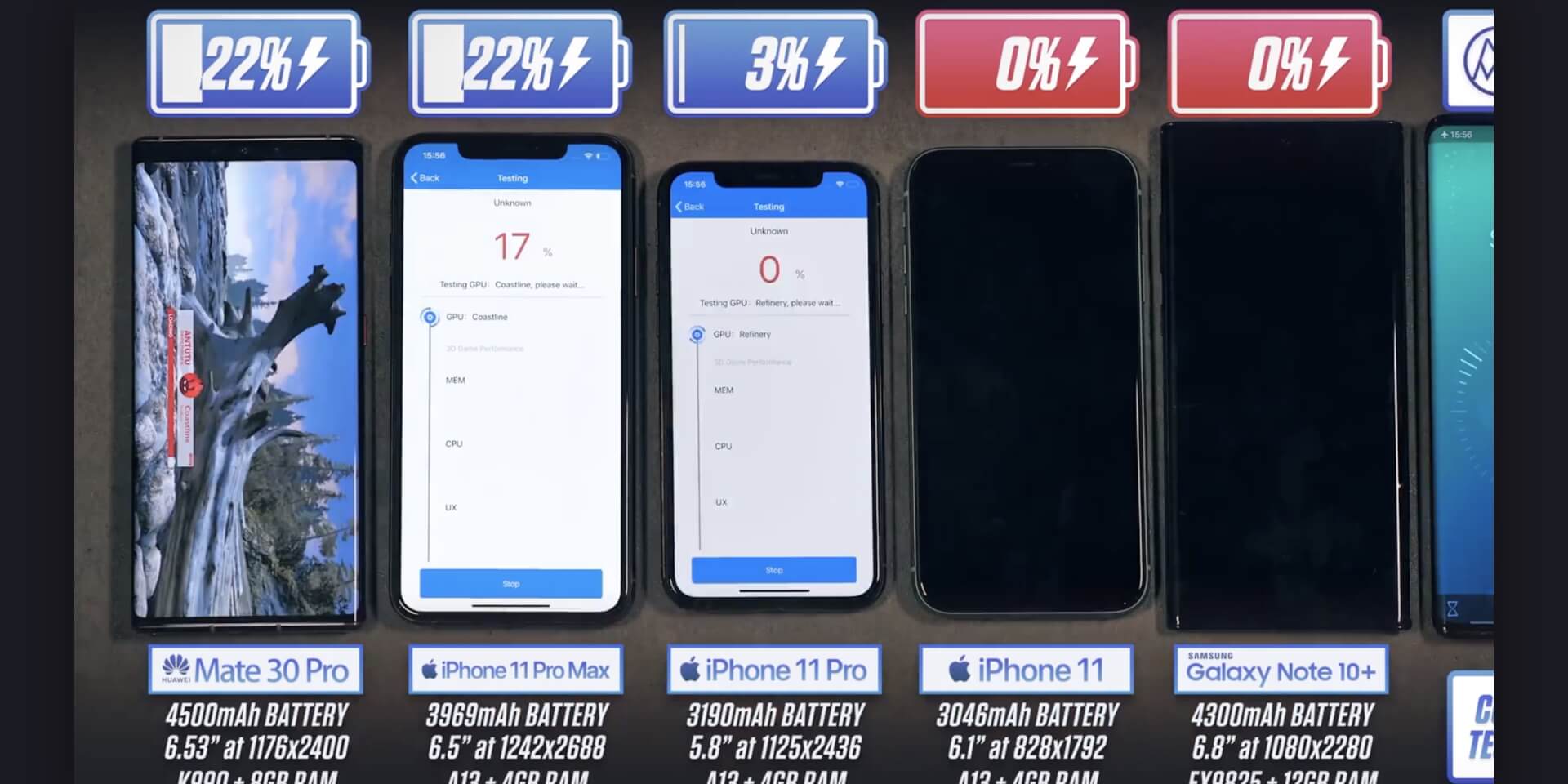 Longer battery life: the holy grail of every smartphone manufacturer out there and one of the features smartphone users are always chasing after. Apple knew this when it started working on the iPhone 11 line – aside from good cameras, it puts its efforts into creating a battery that would last for much longer.

While the iPhone has performed okay in that department, it has never quite taken the lead when compared to Android smartphones but it looks like things have changed.

Now, in a battery life test vide from Aun Maini, an iPhone finally managed to beat its Android-branded competition, at long last.

The iPhone 11 has a 3,046mAh battery capacity while the iPhone 11 Pro features a 3,190mAh one and the Pro version comes in with a large 3,969mAh battery instead. During the test, Maini set the three iPhones against the Note 10+ and the Huawei Mate 30 Pro, the latter which brings along a massive 4,500mAh battery.

The test basically gets the smartphones to cycle through different tasks such as Camera, 3D games, Instagram, music streaming and Shazam. At the end of it all, the iPhone 11 had a runtime of 5 hours and 2 minutes, which is not all that different from the abilities of the iPhone XR.

The iPhone 11 Pro on the other hand, clocked in 6 hours and 42 minutes, ahead of the Note 10+ who gave up after 6 hours and 31 minutes, missing the mark that would have set it as the winner by just a few minutes.

The iPhone 11 Pro Max lead the test with a whooping 8 hours and 32 minutes while the Huawei Mate 30 Pro lagged behind at 8 hours and 13 minutes, leaving quite the gap between them.

With all this in mind, it looks like iPhone 11 Pro Max users will be able to use their phone on day-to-day tasks all the way till sundown without having to worry if their charger is nearby.

iPhone 11, Decoded: Find Out Whether You Should Buy it Or Wait for iPhone 12!