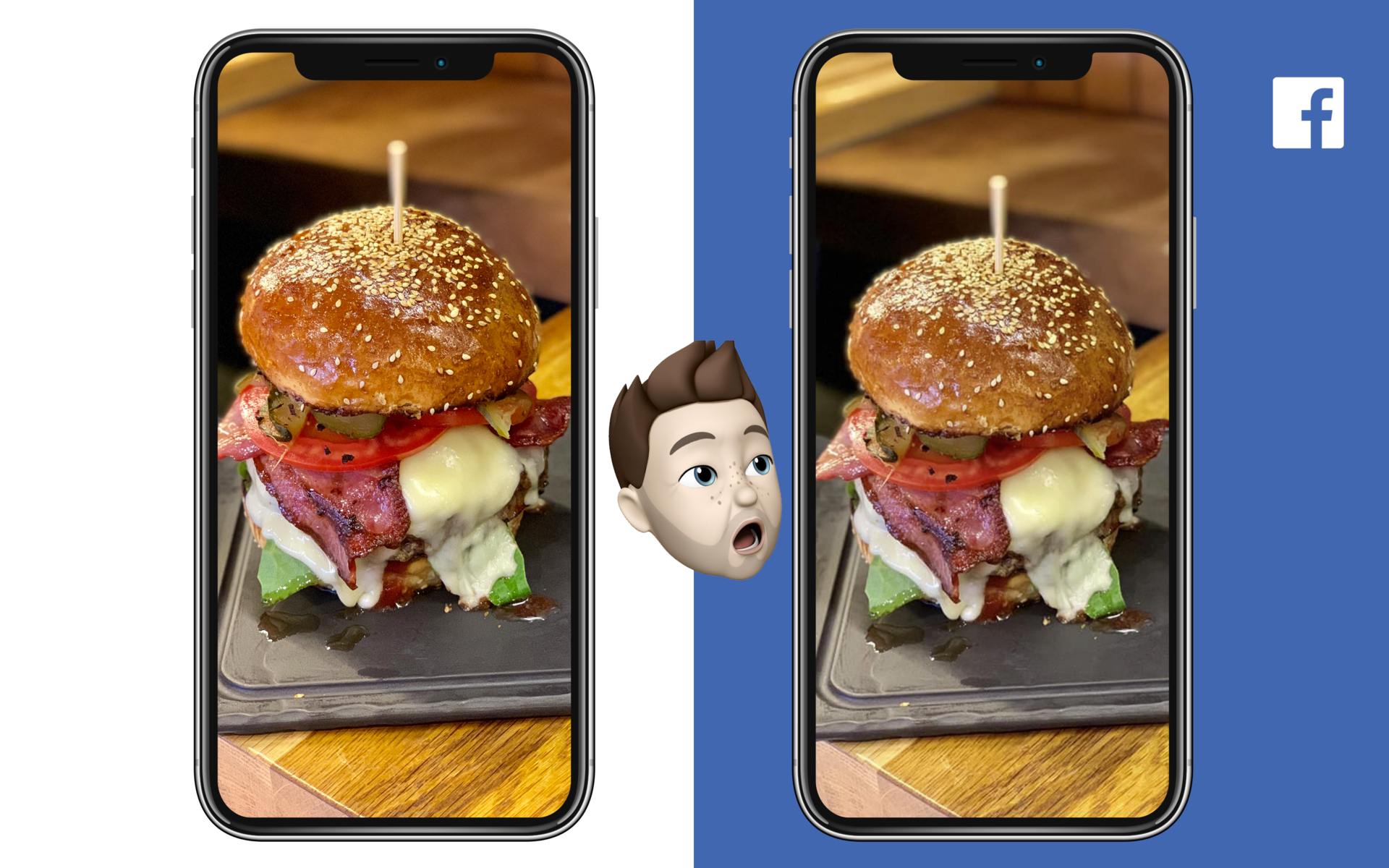 Update: After testing this photo upload bug with the latest Facebook iOS update, version 197.00, we found that Facebook solved the issue, even though the patch notes do not disclose the changes implemented.
The update released on November 10th addresses an issue that has been present in the Facebook iOS app for the last six or seven patches.

A regular user would expect photos taken by iPhone X and posted on Facebook to look less appealing than photos taken by the iPhone XS, the newer model with a more powerful camera. But that’s not what’s happening.

Take, for example, these burger pics. They’re not two separate pictures, it’s the same one captured with an iPhone XS. At first, we used the same iPhone XS that took the photo to post it on Facebook via the platform’s iOS app. The result was a desaturated image as can be seen on the right side.

Then, we uploaded the photo on iCloud and saved it on an iPhone X. It looked perfect, the same as on the original device. After posting it once more on Facebook, via the iOS app, from the iPhone X this time, we noticed it had preserved the same saturation levels as in the original photo (left side). 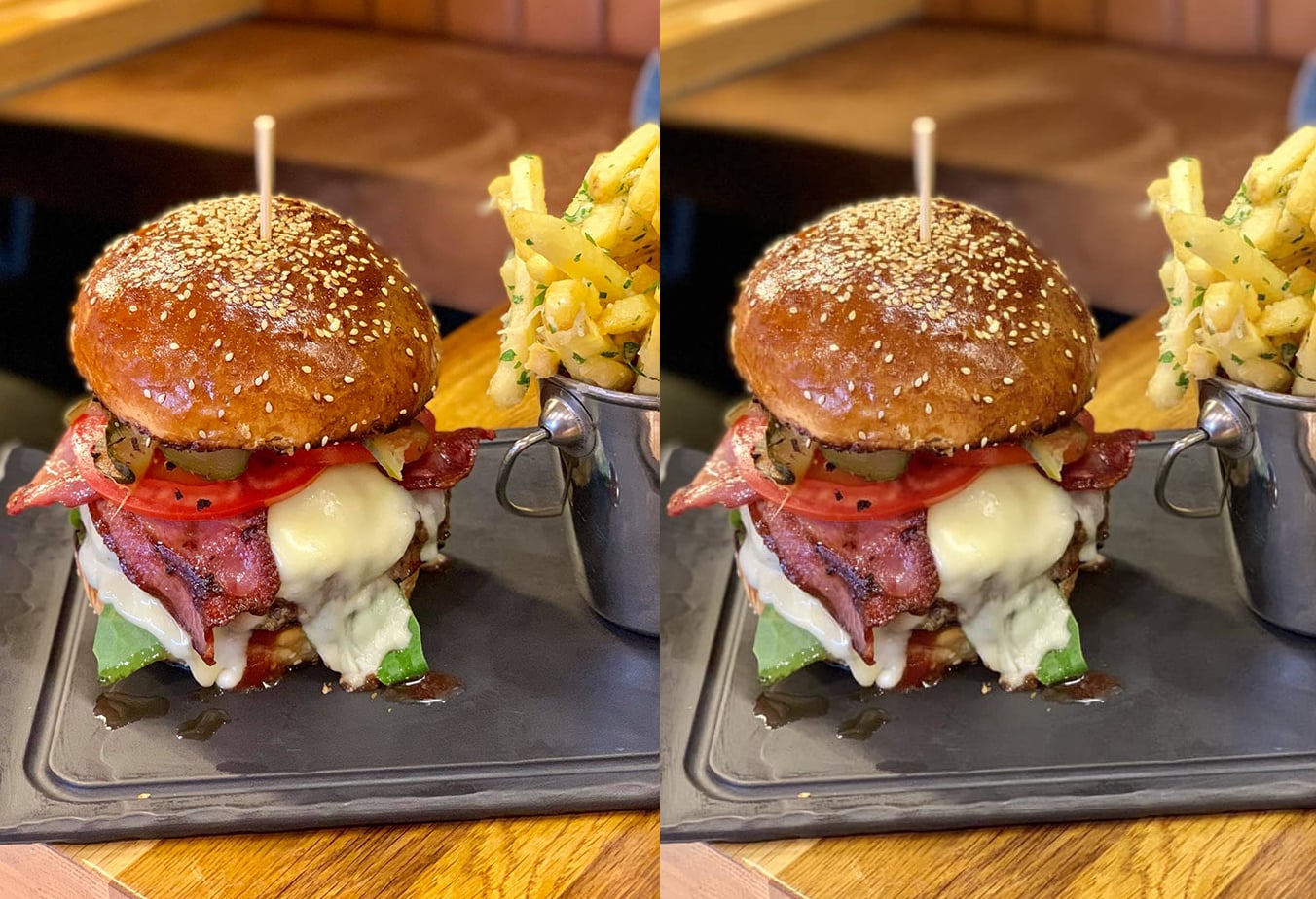 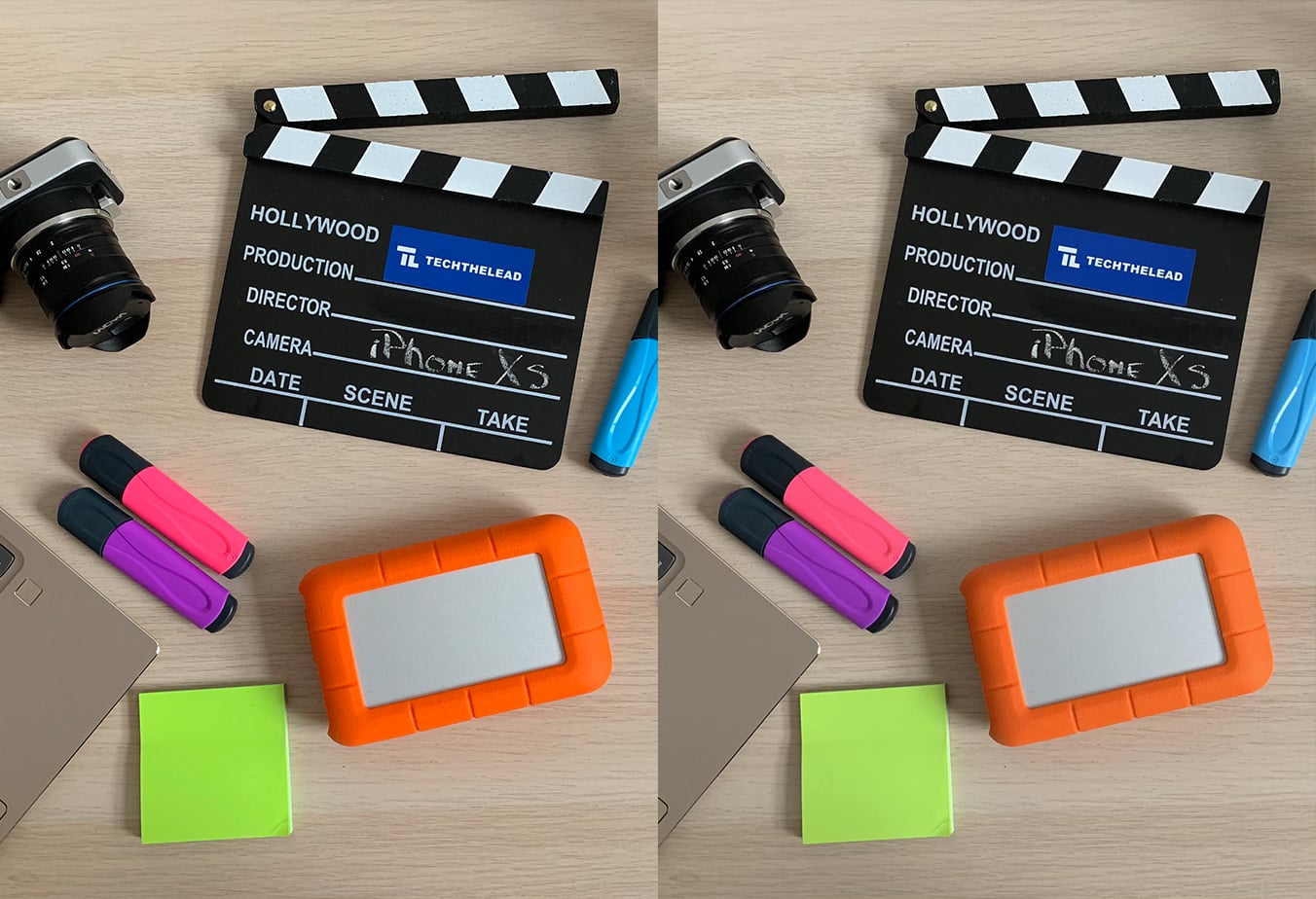 The user might be inclined to blame Apple for quality loss. However, while we did notice that iPhone XS photos on Facebook look much less vivid than those posted from previous iPhone models, we quickly realized it’s a bug in the Facebook app, not one that should fall on Apple.

As one of the selling points of iPhone XS and iPhones, in general, is the camera, which usually takes impeccable snapshots, it’s frustrating to see how third-party iOS apps can make otherwise stunning photos look dull and lifeless. 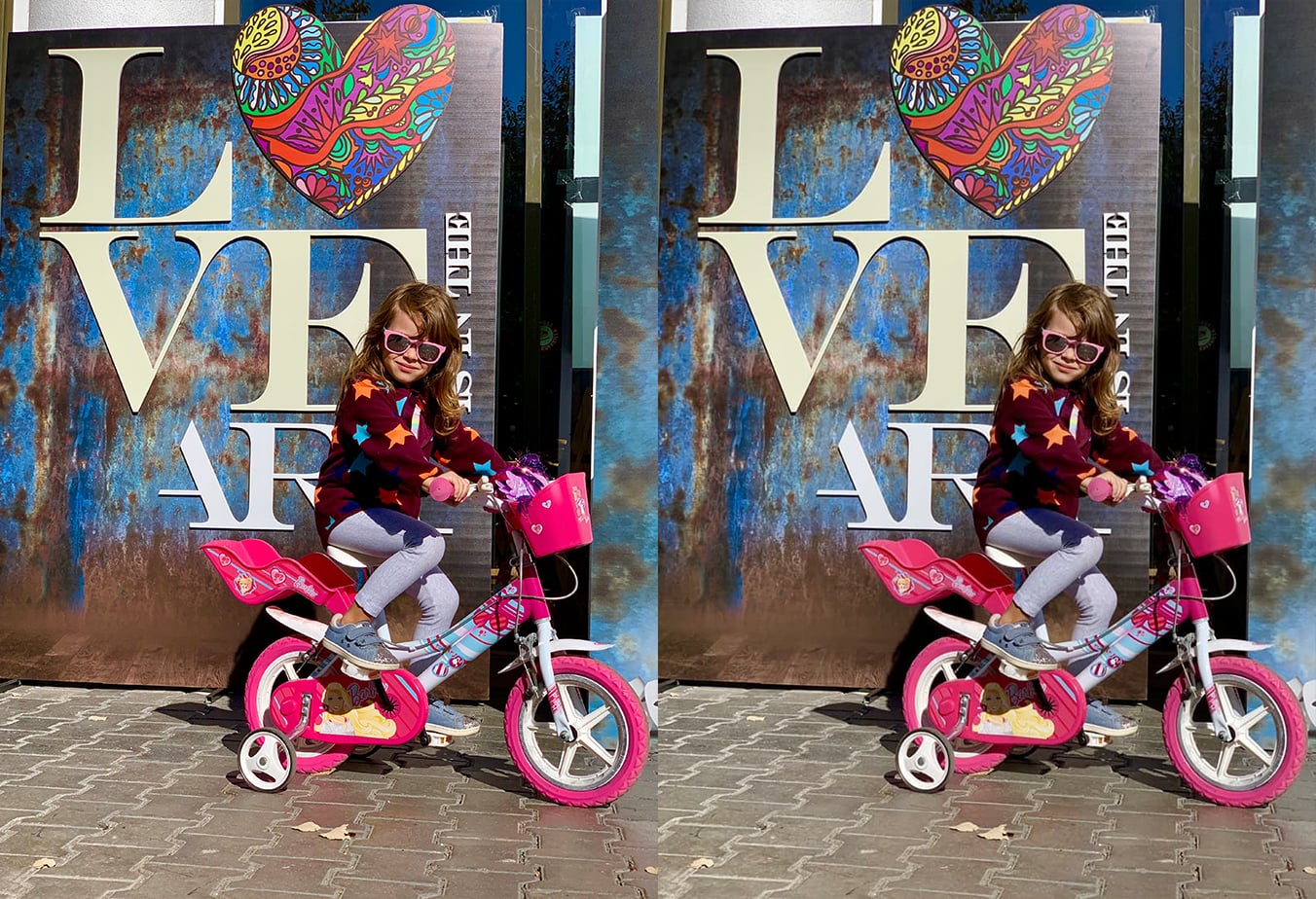 We first noticed that iPhone XS photos look desaturated on Facebook a few weeks back and checked to see if it’s a phone problem or an app problem.

After testing them in iCloud, on iPhone XS, and the older iPhone X, we realized the loss in quality happened after we uploaded them on Facebook using the Facebook iOS app itself. But the funny thing was, the Facebook app desaturated only the photo posted by the iPhone XS, not the one by iPhone X.

We also included a ColorChecker in our test to see if the entire picture was desaturated or if just some colors are more impacted by the bug than others. 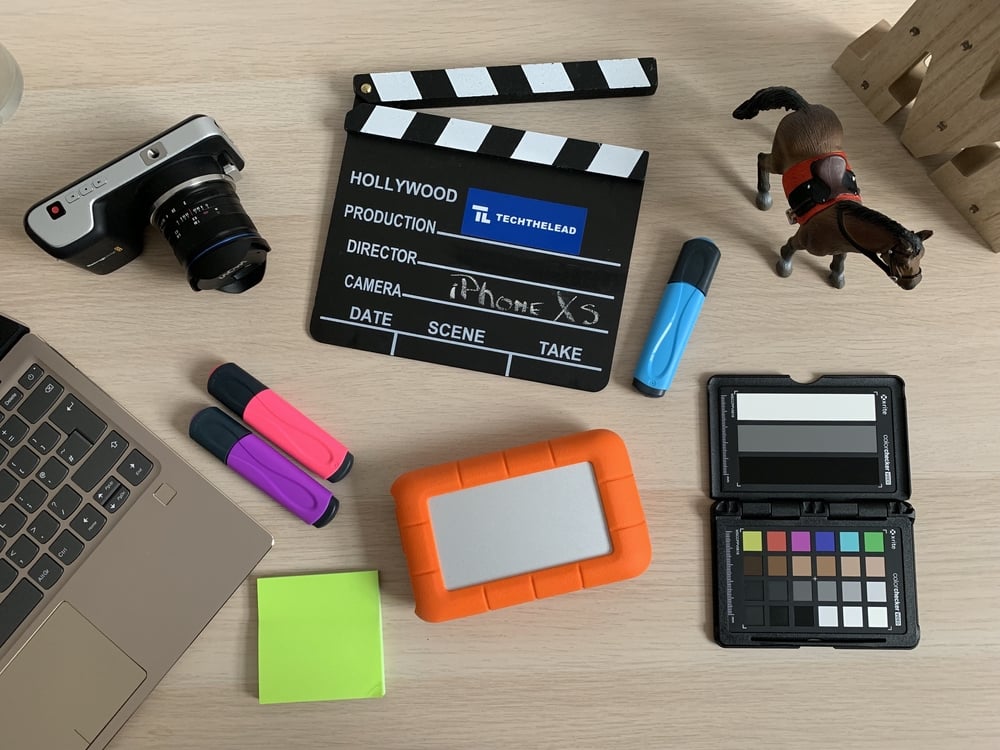 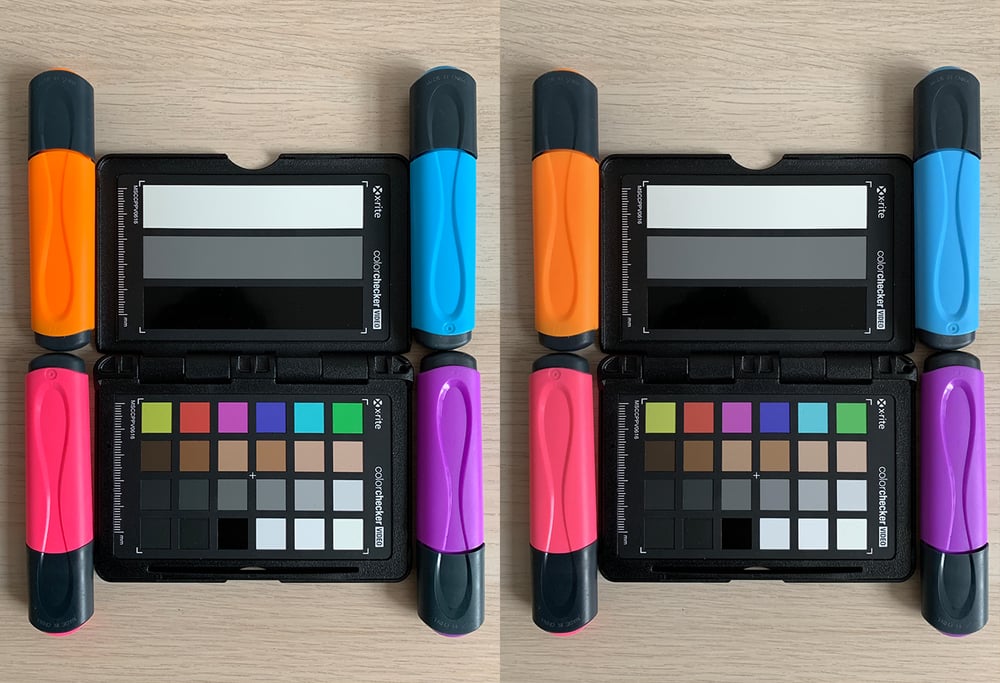 We then waited for a Facebook iOS app patch but, two updates later and on version 194.0, the problem is still there. If you noticed this annoying bug, let us know.

Maybe that will be an incentive for Facebook to finally fix the Facebook iOS app so that photos taken from dual 12 MP iPhone XS sensors don’t look duller than ones taken by older, cheaper smartphones.