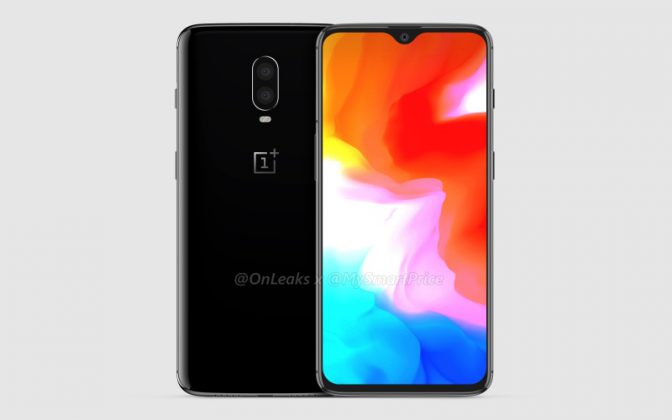 The OnePlus 6T will launch in less than two weeks and now an alleged leak obtained by MySmartPrice reveals a bit more about the upcoming device.

One of the first things we know is the fact that the OnePlus 6T will come in three variants and they will pack between 6GB to 8GB of RAM and 128GB to 256GB worth of internal storage.

The phones are priced in rupees in the leak so the base model will cost around $476 after conversion, though we can expect that won’t be the same price we’ll see in the U.S.

According to the report, the phone will be available in Mirror Black and Midnight Black color variants at launch but OnePlus is in the habit of releasing new colors in time, so you’ll have to be patient if you’re interested in getting a fancier color.

The company has already confirmed that the phone will not have a 3.5mm headphone jack so they will be releasing two USB-C audio accessories: the OnePlus USB-C Bullets Earphones and USB-C to 3.5mm Jack Adapter Cable.

The overall design of the phone can be seen in a 360-degree render video which you can view below and they confirm a waterdrop notch at the top and a dual-camera stack setup with a dual LED flash module below it.

Going by previous leaks, the smartphone will have 6.4 inch Optic AMOLED display with Full HD+ resolution and a 19:5:9 aspect ratio. It will be powered by a 10nm Qualcomm Snapdragon 845 processor with a Adreno 630 GPU.

As far as other possible features, we’re expecting an improved selfie camera and a 16MP + 20MP dual camera setup on the rear. Connectivity-wise, the phone will have dual band Wi-Fi, Bluetooth 5.0, GPS, NFC and a USB Type-C port.

If we find out anything new before the October 30 launch, we’ll keep you posted.