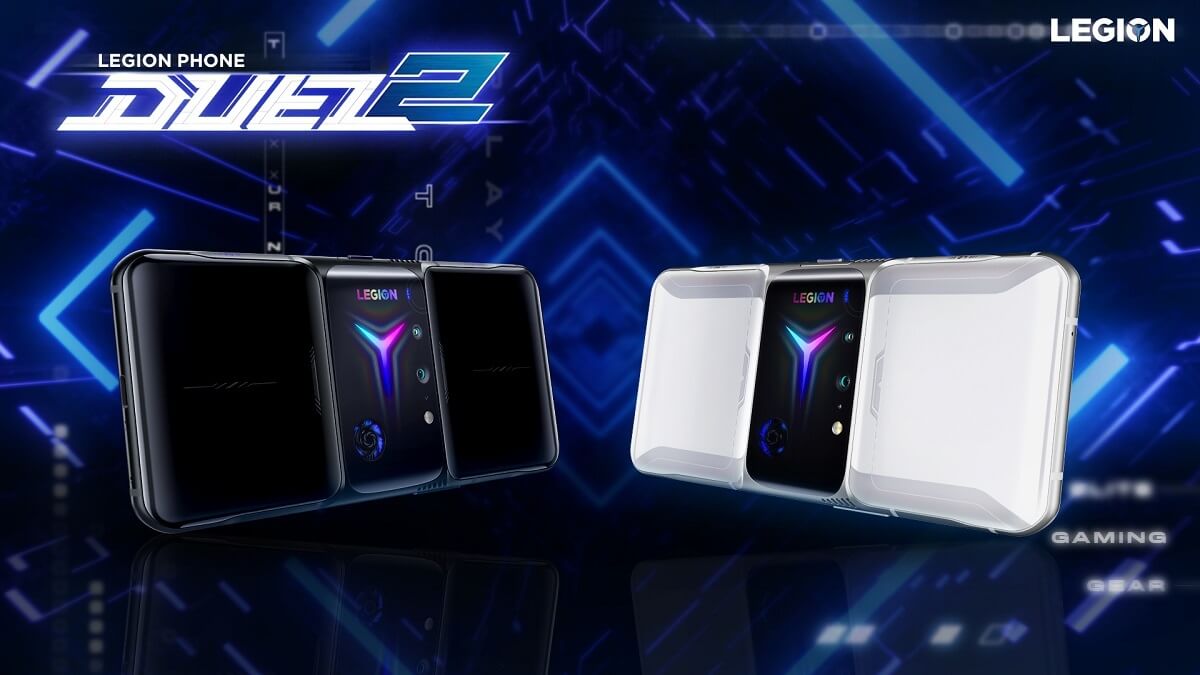 After months of leaks, Lenovo’s new gaming smartphone is here and it looks spectacular!

However, the durability aspect might be lacking a bit, as seen in a JerryRigEverything demo, but more on that a bit later. Let’s first see what the Legion Phone Duel 2 offers.

The first thing that catches your eye is the generous 6.92-inch, HDR 10+ supporting screen with a 144Hz refresh rate for smooth graphics.

Competitor phones like the Asus ROG 5 also have 144Hz refresh rate (Nubia goes up to 165Hz).

Lenovo ups the ante in terms of controls, with ultrasonic shoulder keys paired with a 720Hz touch sampling rate.

The Legion Duel 2 also looks different from the competition thanks to the pop-up selfie camera featured on the side, a design element also found in its predecessor.

And yes, the leaks were true. The new Legion phone has a cooling system with twin turbo-fans which, coupled with the processor which sits in the middle, means your hands won’t get heated, not even after a longer gaming session. Lenovo says the thermal efficiency improvement is 30% higher compared to the last phone.

What about the specs?

You’ll be hard-pressed to find something missing. The selfie camera was upgraded from 20 to 44MP, the back setup has 64MP total, capable of shooting 8K video at 60fps.

Under the hood, the latest Snapdragon 888 is paired with up to 16GB LDDR5 memory and up to 512 GB of storage. All of this is powered by a 5,500 mAh battery set. The Duel 2’s battery is split in two, on both sides of the processor, and charges via 2 USB-C ports in just 30 minutes thanks to the 90W charging.

Lenovo also promises that, even after 1,200 charge cycles, this battery will have up to 85% of its max capacity.

As for the durability factor, famed YouTuber JerryRigEverything put it on trial and was disappointed with the results – just add a little bit of pressure along the camera, and the phone snaps in half.

The new Legion Phone will be available in China starting this month, with the European launch set in May. However, Lenovo didn’t commit to a time-frame for a US release, so check back for more news.