The dearth of information surrounding Nintendo’s 2020 has had fans anxious. Almost out of nowhere, though, Nintendo and Lego announced a collaborative project: Super Mario x Lego. 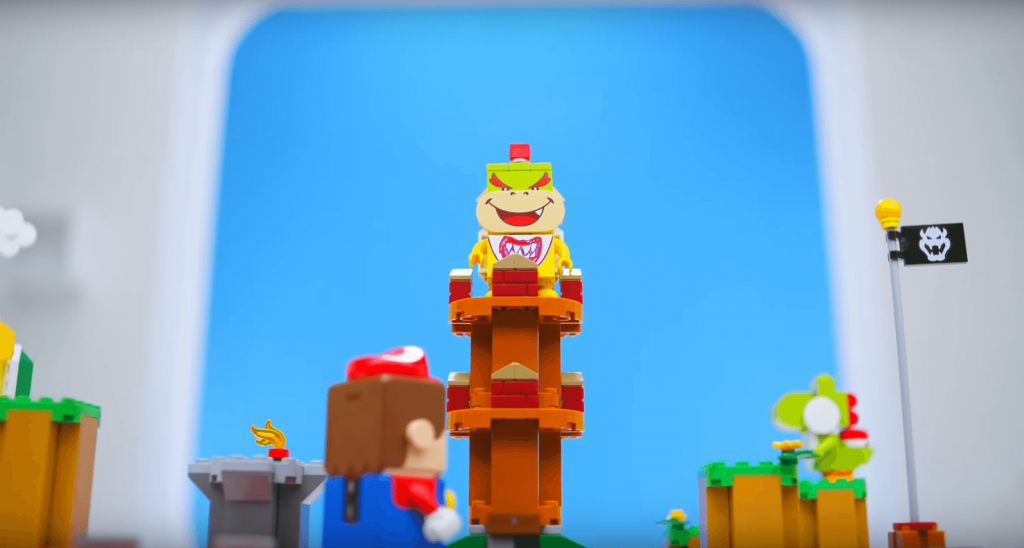 In a video released on Lego’s YouTube channel, the two companies showcased what is presumably a new Lego set featuring familiar Mario characters like Mario, Yoshi, Piranha Plant and Browser Jr. Additionally, pieces in the set allowed for people to create both the overworld and platform layout of 2D Mario games. For example, one of the pieces is the iconic end of level flagpole. 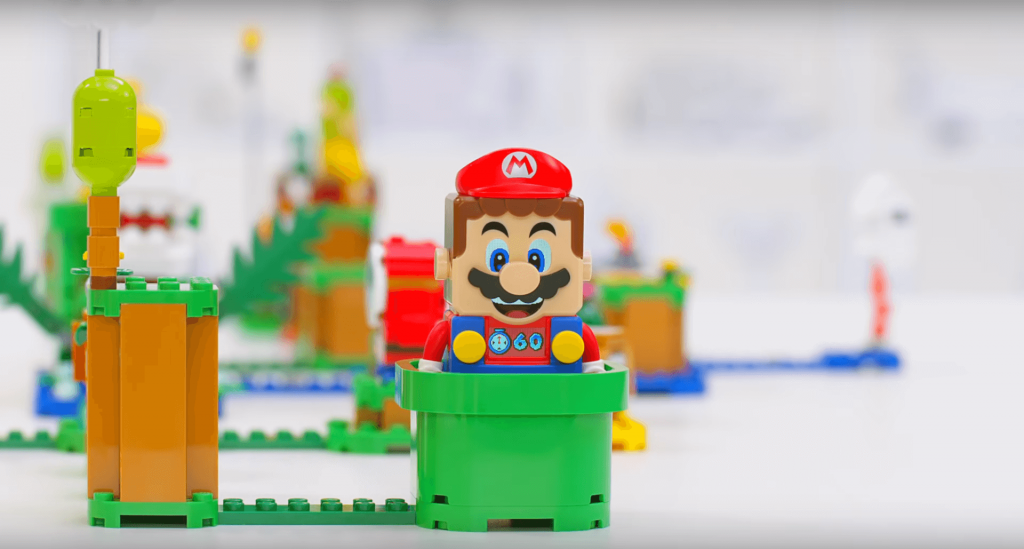 One interesting featured this set will include is electronic response. From the video, it appears Mario will has some digital component to him. As seen in the picture above, Mario’s chest has a timer, mimicking the timer in Mario’s platforming games. It appears he will also have a sensor of some sort that allows him to interact with certain blocks. For example, when Mario interacts with a question mark block or stomps on a goomba’s head, the sensor panel react accordingly – in this example, with a rotating wheel for the former and a coin for the latter – and sound effects will come out of Mario.

Unlike most other Lego sets, it seems as if these pieces are specifically made for this set. That is, one of Lego’s defining characteristics is that they can be mix and matched. With the specific items like the flagpole, characters that can’t be easily transferred from one set to another, and the electronics in some of the blocks, the pieces in the Mario set may not work well with others.

However, given how expansive the Mario world is, it is possible that more Mario related pieces and sets will be released. This small set takes the Mario formula, from game design, sound, characters, and more, and turns it into an easy to use Lego set. Not much information has been given out, though, about release date and pricing yet. Potentially more will be released in the next Nintendo Direct!