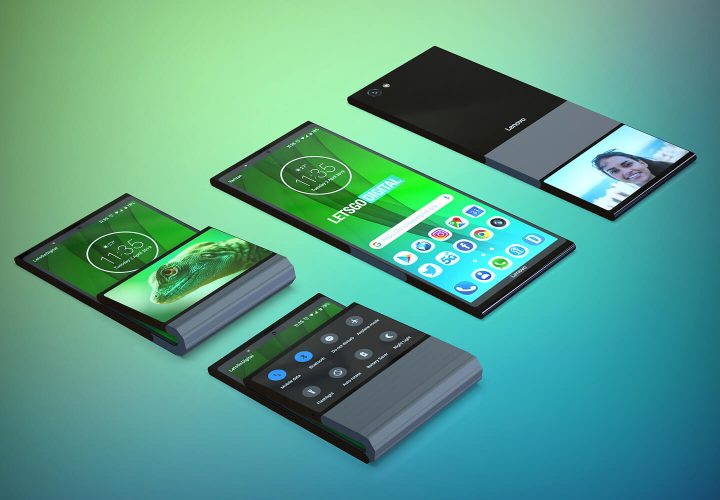 Some of you might remember that back in September 2018 a leaked video showed a tall Lenovo foldable phone, most likely a prototype, that could bend easily without the screen suffering from dead pixels or display delays.

Lenovo didn’t forget about its foldable plans it seems because the company recently filed a patent, found by Let’sGoDigital, which shows a clamshell design that maintains the elongated shape we’ve seen in the leaked video last year.

Width-wise, it doesn’t look like it will differ from today’s other, non-foldable smartphones, which is a blessing, considering most, if not all the foldable designs we currently have on our hands, are too large to be held comfortably in one hand.

The patent shows a smartphone that is also very thin, with a selfie camera enclosed in the very small bezel at the top. On the back, Lenovo opted for a single camera as well.

What’s interesting about the design is that it features a secondary, half-screen on the back of the device that will top the main screen when folded.

We don’t know when Lenovo will introduce its first foldable phone -if ever- and the company has not yet made any statements regarding its foldable plans.

LetsGoDigital created a few renders based on the patent, which hit quite close to how the phone would look like, if the patent would be followed closely. You can see them below.