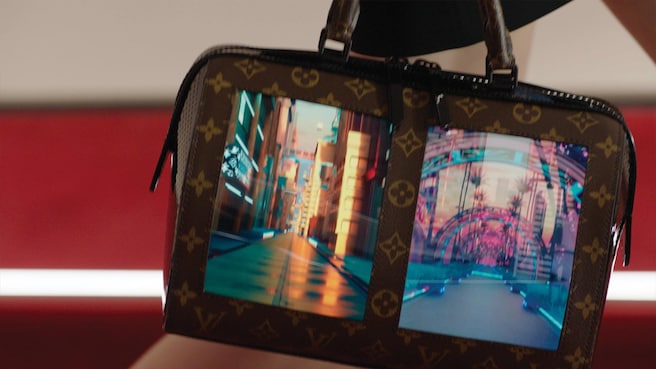 Louis Vuitton just hosted its Cruise 2020 fashion show in New York. There, it unveiled the so-called “Canvas of the Future,” the company’s idea about what futuristic handbags would look like.

After catching a few glimpses of it, that future seems downright dystopian in an Emperor’s New Clothes kind of way.

After essentially sewing some flexible displays on a handbag printed with its iconic logo pattern, the company said it’s “fusing cutting-edge technology with the Maison’s signature savoir-faire.”

It’s not clear if those displays are anything like the ones found on flexible phones or are just there to show off videos in a loop.

We hope it’s the former case, as that might make this handbag somewhat practical, not just downright ugly (or should we say ‘sartorial’?).

In any case, in terms of technical specs we know that the Canvas of the Future is probably made of leather. Don’t ask about the size of those screens, battery life or pricing, because Louis Vuitton didn’t feel the need to release such pedestrian details.