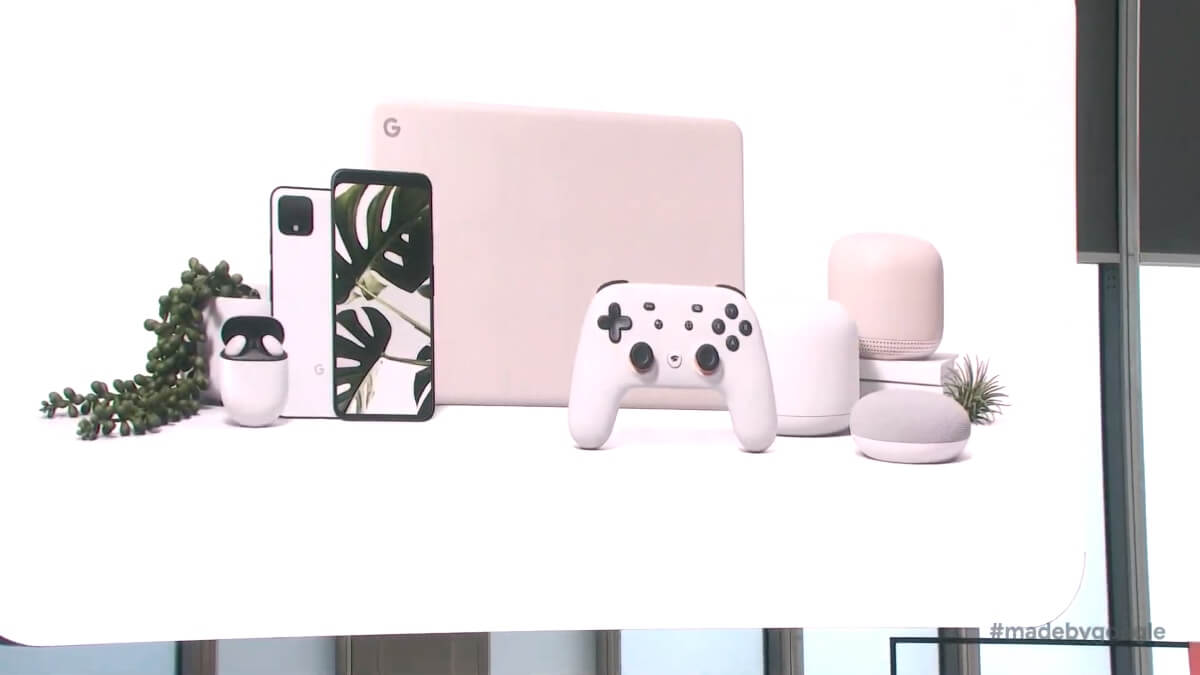 Everyone tuned in to the Made By Google 19 event stream for the launch of the anticipated Google Pixel 4, a much-talked about flagship phone.

However, Google really wanted to build up anticipation, so it spent the first hour of the event talking about their other offerings and “ambient computing”, their vision for the future.

Let’s see what it’s about.

Meet the Pixel Buds, a pair of sleek-looking noise-isolating earbuds with a “spatial vent” that lets in outside air and some noise to help with spatial awareness.

Ivy Ross, Google’s head of design, and other Google leads spent quite a while talking about sustainability, using renewables and investing $150 million in renewable energy projects.

Starting with the Stadia console, Google underlined that we’re looking at the first cloud-based controller and, in terms of sustainability, Stadia means moving beyond consoles that will eventually end up in landfills.

Moving onto the the Pixelbook Go and its light magnesium chassis with a rippled design for easier grip (which leaked earlier this week), Nilay Patel said that “you can be more creative when you design within constraints.”

She spent a lot of time highlighting the incremental improvements from the original Pixelbook, saying it’s designed to address real user needs at an affordable price.

Considering it claims 12 hours of battery life at under 2 lbs in weight and 13 mm in thickness, they seem to have achieved it.

The Pixelbook Go starts $649 and is now available in black. For the gorgeous Not Pink option, you’ll have to wait for a future date.

Moving to the home, Google moved to the Nest brand.

Rishi Chandra highlighted its foundation of security and privacy, outlining how developers get access to user data.

The best improvement is the fact that the Works with Nest program, which was shuttered, will be transitioned to Google’s ecosystem, so support for older devices should be back. 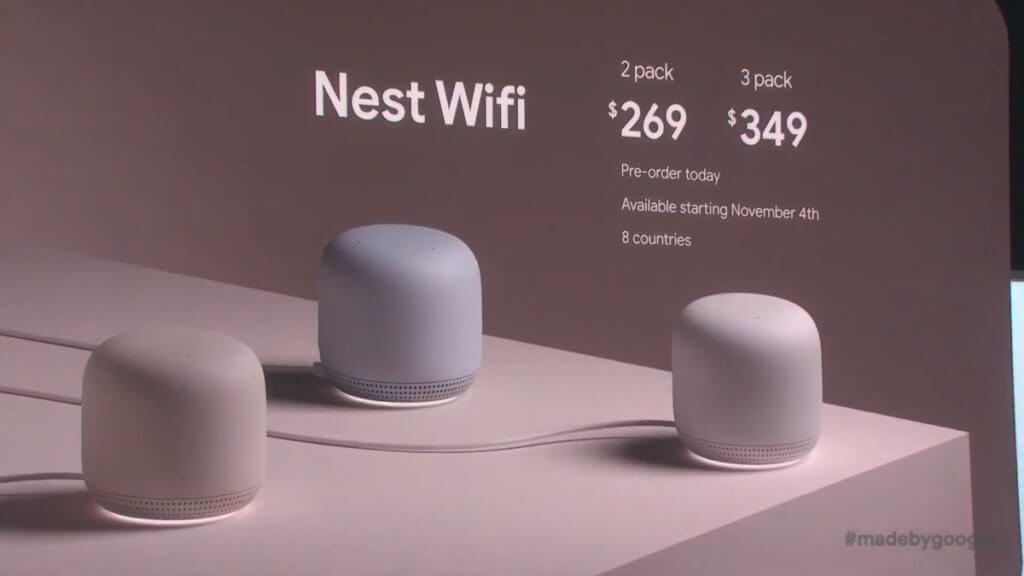 And yes, the Nest Mini is real (bye, Google Home Mini!), coming in a new color, a light blue called “sky”, and adding a third mike and a dedicated machine learning chip to process data faster locally, in your home.

For sustainable-oriented folks, Google mentioned at the beginning of the event that a single water bottle becomes the fabric used on two Nest Mini speakers. 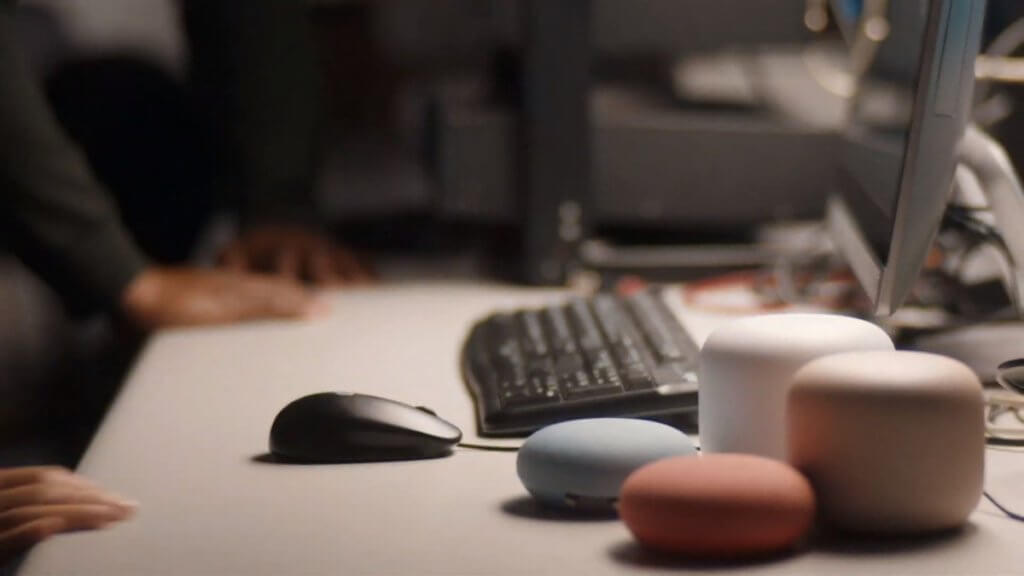 Moreover, there’s a new Nest Aware subscription that will make handling your smart home devices much easier, uniting them under a single plan.

After some more lip service to Nest, Google moved to the star of the event: the Google Pixel 4, the first phone with a motion sensor.

Google says this is the fastest facial unlock in a smartphone, because “the process starts as you pick up your phone” with the motion sensor, removing the need for a tap.

This also unlocks gesture recognition, with swipe to skip a song or pause it.

One of the inspirational quotes used to design the Pixel 4 is the old adage “advanced technology becomes indistinguishable from magic” and that’s how they designed the motion sensor.

One of the developers charmingly exclaimed “I did it, I touched without touching!” when explaining how the Pixel 4 and its Soli chip allows for gesture control.

One example included an alarm that got lower the closer a person got to the screen and then, with a final swish of the hand, went quiet.

It would be interesting to see if you could show certain hand gestures to the Pixel 4 after the fourth alarm snooze but something tells us that Google wanted to keep this event family-friendly.

Addressing mounting privacy concerns for tech users worldwide, Google says the company built the sensor with this in mind and you can turn on and off motion sensing anytime.

Furthermore, the data gathered by the Pixel 4 will be held and processed in your device, never shared or processed by other services.

Just squeeze the sides of the phone to input your question or command to the Assistant.

It’s unclear if the series of commands used on the stage were a recording or a live demo, because Google Assistant was impressively fast. 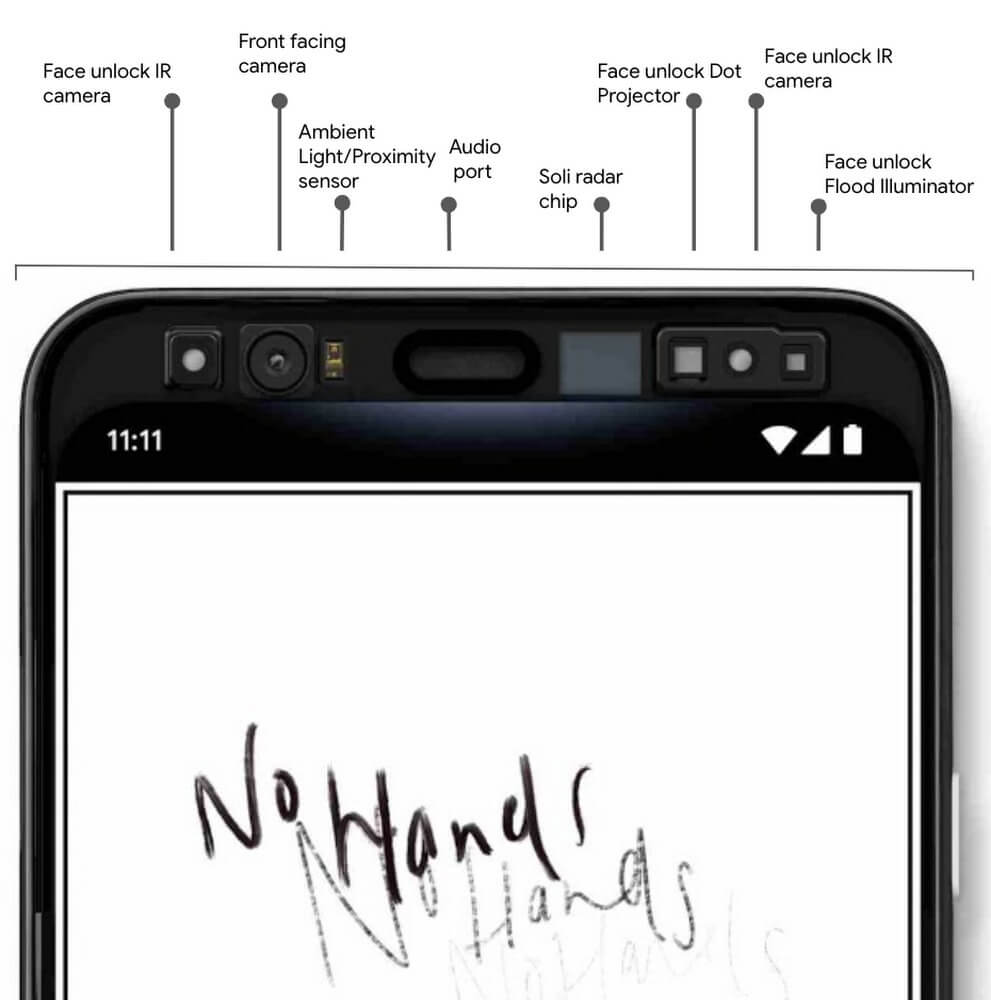 There was then an amazing demo of the new Recorder feature, which took down notes delivered via voice with uncanny accuracy… and technology.

All of the recording and transcribing shown in the demo were made with a Pixel 4 in airplane mode, locally, on the device.

Most rumors on the Pixel 4 so far were confirmed, especially the stunning 90 Hz screen and the amazing night-time camera.

To prove a point and highlight the company’s confidence in their sensor, one of Google’s reps said that they hope the flash will only be used as a flashlight and added it “just to be there”.

Professor Marc Levoy from Google Research explained basic computational photography concepts like HDR, then showed how from a RAW dark photo you can get a gorgeously lit HDR+ image.

Then, he demoed the super-res zoom capabilities of the Pixel 4.

And a pro-tip from the expert: if you want a great zoomed in visual, you shouldn’t crop the original, just pinch zoom!

There are even separate sliders for brightness and shadows while composing a shot, which, as any photographer will tell you, is quite the revolutionary feat.

At this point, there’s no need to tell you that white balance is something Google spent a lot of time finnicking with.

Prof. Levoy sped through portrait mode and bokeh effects’s improvements to show what everyone expected – the night time shots of the sky’s beauty.

We’ve seen the leaks and knew this was coming but it was still nice to get confirmation – put your phone down or on a tripod, leave it to shoot for four minutes, and you can get a spectacular camping image. 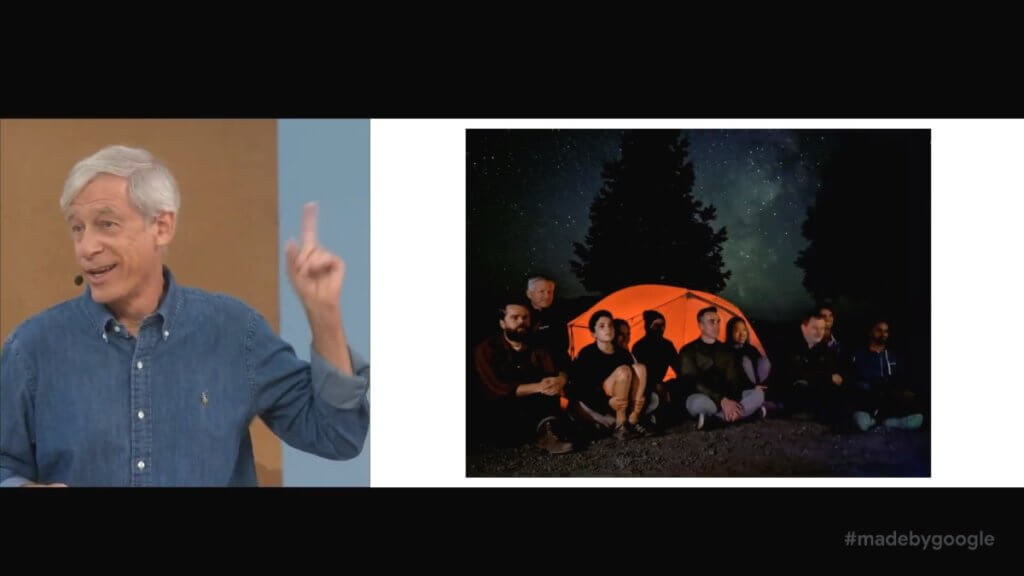 Then, Prof. Levoy acknowledged that some nighttime shots, like the moon over the city lights, will still have that look because of the moon’s light intensity.

He said that, even though not even DSLR’s can avoid that effect, Google is working on software improvements for that, so “stay tuned!”.

And oh boy, we’re glad we did!

The legendary photographer Annie Leibovitz entered the Made by Google 19 stage to talk about her Pixel 4 collaboration. 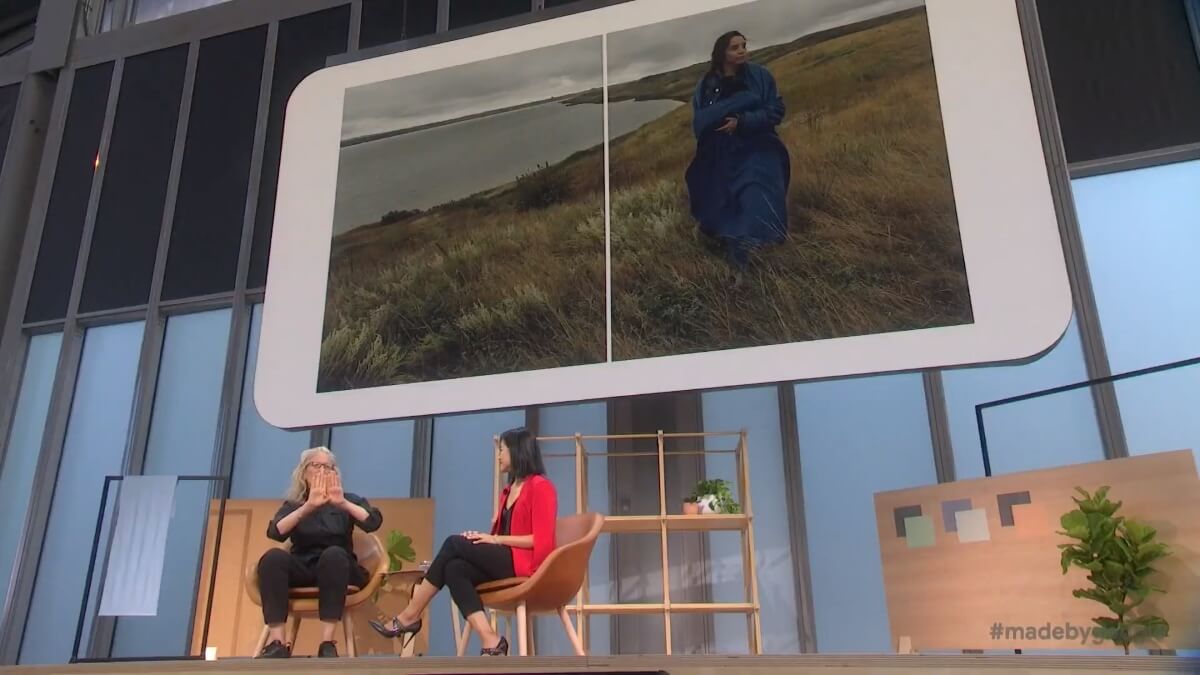 She started working with the Pixel 3 over a year ago and then went up to the Pixel 4, where she started to enjoy herself and “let the camera do the work”.

If any photographer wants to follow her lead, they (and you!) should know that the Pixel 4 and the Pixel 4 XL will be available in Just Black, Clearly White and Oh So Orange, with the smaller model starting at $799.

Shipping starts on October 24 and, as a premiere, you’ll find it through every major US carrier.

All in all, Made by Google ‘19 might have been spoiled by a few leaks but Google did put on quite the performance!