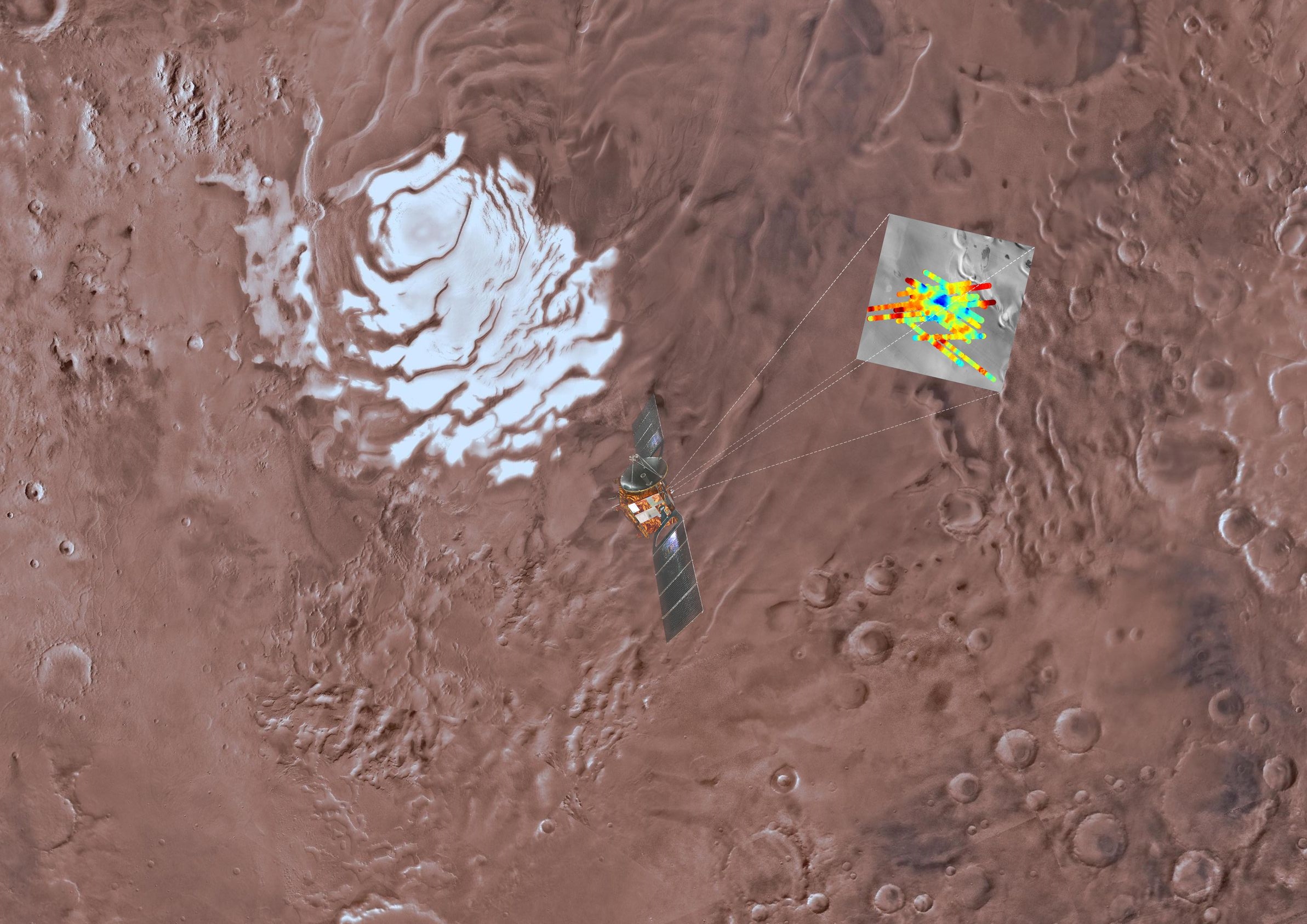 For years and years, everyone hoped we would one day discover liquid water on Mars and it now appears to have finally happened!

The ground-penetrating radar on the Mars Express Spacecraft, a probe that’s been orbiting Mars since 2003, found, near the south pole of Mars and at an underground depth of a mile, an actual reservoir of water.

The Mars Advanced Radar for Subsurface and Ionosphere Sounding, or MARSIS in short, has been used between May 2012 and December 2015 to investigate a “well-defined anomaly.”

That anomaly turned out to be a subglacial lake 20 km wide (12.4 miles), with a depth of around one meter.

After years of trying to actually observe liquid water on Mars, not just subterranean ice deposits, this announcement made by the Italian Space Agency is a moment that will go down in history.

As ScienceAlert points out, it’s also possible that the lake found is just pure water ice or carbon dioxide ice but the research team ran simulations and said that the most plausible explanation is that indeed, they found actual, liquid water on Mars. SpaceX’s desire to put people on Mars by 2024 does seem more achievable now, doesn’t it?

If you want to read all about the MARSIS discovery, the scientists published their findings on Sciencemag.  For those skeptical about Mars’ potential ability to sustain life, the published paper mentions that “there is no reason to conclude that the presence of subsurface water on Mars is limited to a single location.”