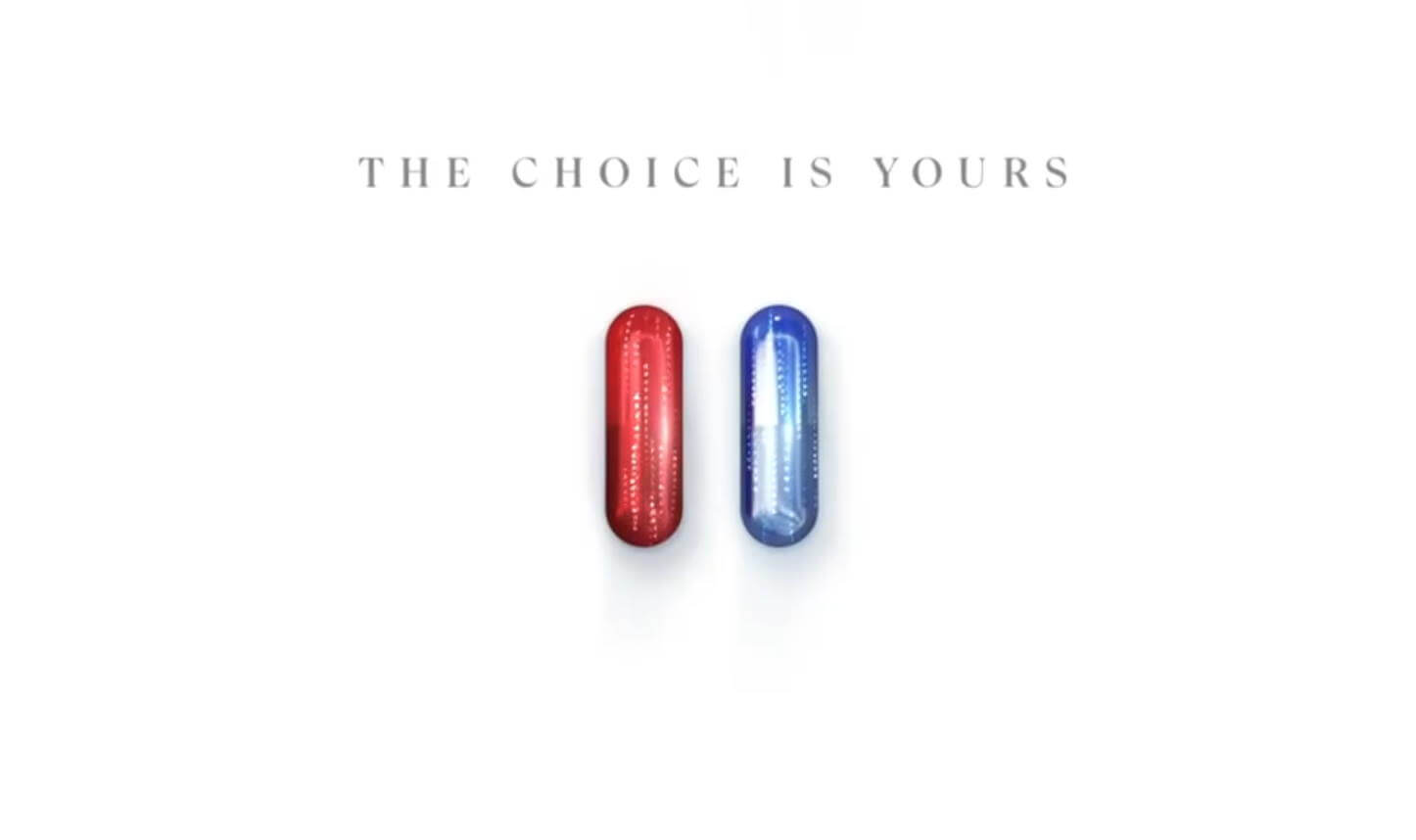 Dust off your old leather duster, because The Matrix is back!

Ready to take the red pill or prefer to lie in the comfort generated by machines via the blue pill?

A question asked more than two decades ago by the first Matrix movie is asked once again by this awesome Matrix teaser.

See for yourself what happens if you take the red or blue pill and don’t forget to check your watch while watching – there’s a surprise waiting.

If you remember the launch of the original movie, it had a pretty visionary marketing campaign behind it and a website called What is the Matrix?.

Harking back to the golden ages, where the web still created wonder and inspiration, the teaser for Matrix 4 is hosted on the same platform and has another mind-bending surprise in store.

The site has over 180,000 unique teaser videos possible based on the pill chosen and time of day, so keep refreshing it to see more footage from the movie.

As you know, the Matrix 4 movie is set to premiere on December 22 and, so far, details have been extremely slim.

That’s all set to change on Thursday September 9 at 9 am ET / 6 am PT, when the first Matrix 4 trailer will drop online.

If this is the first time you hear about the new Matrix, prepare to board the hype train.

The Matrix Resurrections / Matrix 4 movie will bring back Keanu Reeves and Carrie-Anne Moss in their beloved Neo and Carrie roles but their story will be different this time.

CinemaCon attendees were lucky enough to see some early footage and, according to io9, the story will be familiar to fans of the original trilogy.

“You very much get the sense that everything that happened before with Neo, Trinity, and Morpheus is happening again, just with minor changes. Characters fated to live the same stories over and over again. Or … something like that. We don’t really know. But damned if it didn’t look as big and action-packed as we’ve come to expect,” notes the report.

The actors will be joined by other major stars like Neil Patrick Harris, whose voice you can hear in the Matrix 4 teaser, Priyanka Chopra Jonas, Christina Ricci and Jada Pinkett Smith.

Also read: Elon Musk Thinks There’s Hope For Humanity Only If We Live In The Matrix