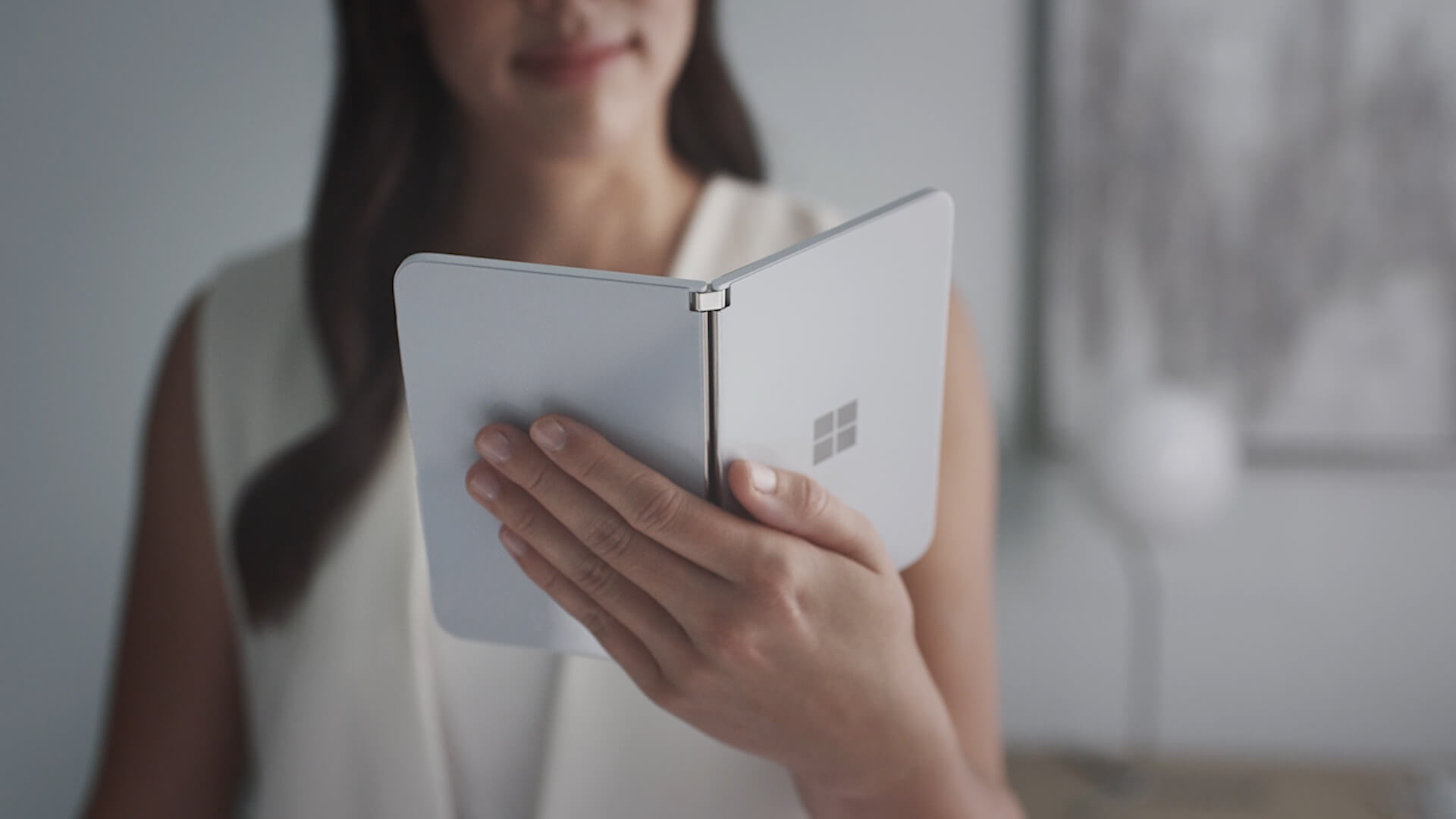 Renders of the Microsoft Surface Duo, the first Android phone by the software manufacturer and tech giant, have been made available to the public, courtesy of Evan Blass.

Along with the leaked renders of the Surface Duo, Evan provided some information about the unit, stating that the new Android mobile device from Microsoft will be launched with AT&T, and the public can expect it on the store shelves as soon as August 24th. With two screens connected by a 360° hinge, the Duo brings together Microsoft and Android to provide a new way to experience productivity on the go.

The Duo is planned to have two 5.6-inch AMOLED screens, with mid-2019 specification, sporting a Snapdragon 855 processor, 6GB of RAM, and up to 256GB of storage, and just one 11-megapixel camera.

No talks about the pricing of the Duo, but monthly payments with AT&T could make it easier to buy such a different clamshell machine. According to Microsoft, the unique phone is planned for a holiday 2020 release window, contradicting the leak. And there is also no word on a possible AT&T exclusivity from the tech-giant.

Considering the form factor and the fact that the Surface Duo could be cheaper, according to the specs, an early release date, and the possibility of a plan for AT&T, if the hybrid-phone has the software to backup the strange design, Microsoft could have a winner. It all depends on how the Surfaced Duo software is optimized for the unit. And maybe the price and functionality.