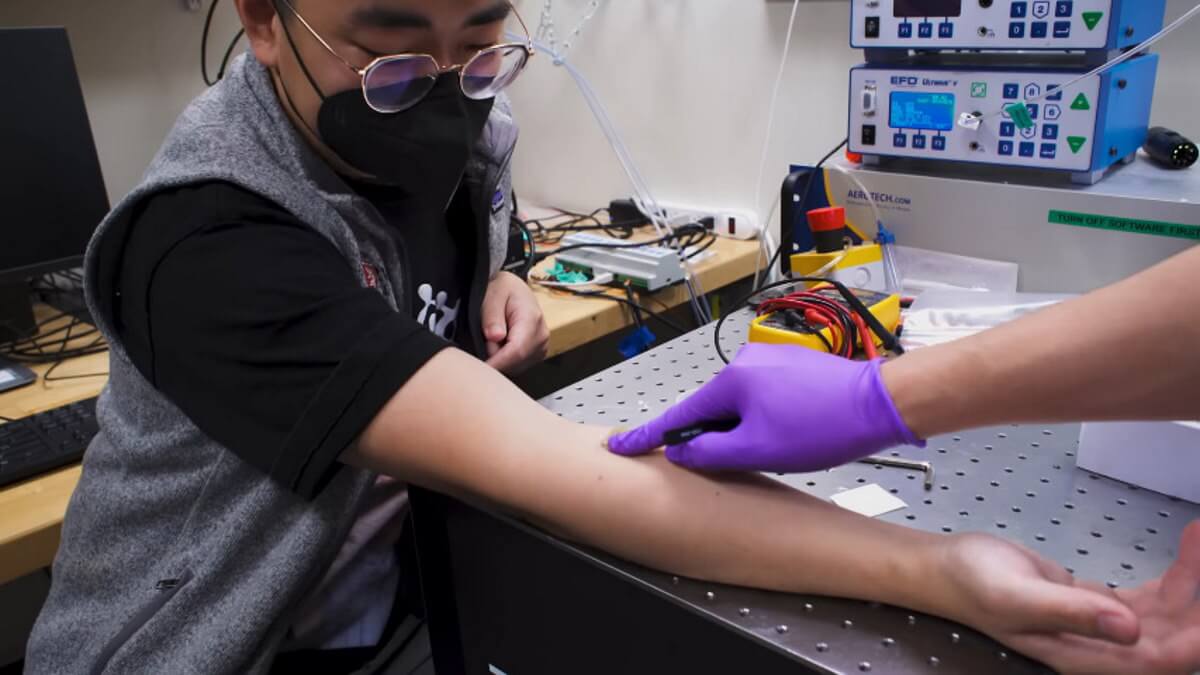 Getting an ultrasound is nothing special but does require you to lose a day at the doctor’s office. That could change very soon, because MIT engineers created ultrasound stickers that could revolutionize imaging technology.

The stickers are capable of capturing high resolution images of patients’ internal organs as they go about their daily lives, seeing exactly how their organs are affected by different activities, from walking to running or resting.

The ultrasound patches “might make the technology as wearable and accessible as buying Band-Aids at the pharmacy,” as the scientists explain.

A report published in MIT News gives the overview over this game-changing project:

“The researchers applied the stickers to volunteers and showed the devices produced live, high-resolution images of major blood vessels and deeper organs such as the heart, lungs, and stomach. The stickers maintained a strong adhesion and captured changes in underlying organs as volunteers performed various activities, including sitting, standing, jogging, and biking….

From the stickers’ images, the team was able to observe the changing diameter of major blood vessels when seated versus standing.

The stickers also captured details of deeper organs, such as how the heart changes shape as it exerts during exercise. The researchers were also able to watch the stomach distend, then shrink back as volunteers drank, then later passed juice out of their system. And as some volunteers lifted weights, the team could detect bright patterns in underlying muscles, signaling temporary microdamage.”

Xiaoyu Chen, one of the lead authors of the paper, explains one potential application even outside a doctor’s office.

“With imaging, we might be able to capture the moment in a workout before overuse, and stop before muscles become sore,” he says.

Now, the team of researchers is working to make the patches fully wireless and to build AI tools that could interpret what the imaging patches record.

In their vision, a patient could purchase the patches to see exactly what their organs are doing during a workout or as a way to monitor their pregnancy without having to go to a medical practitioner.