Motorola has released its long-rumored and long-talked about Motorola One Zoom at IFA Berlin 2019. The One Zoom follows the Motorola One, One Vision and the One Action models, all of them which were released one after the other in the weeks that led up to the event.

The smartphone has a chassis made out of a polished 6000-series aluminum and features a P2i nano-coating that protects it against splashes. Its 6.4 inch Max Vision OLED display with 1080p+ resolution is protected by a 2.5D chemically-strengthened glass and, in addition to that, it also features an in-display fingerprint scanner.

On the back, the smartphone is made out of 3D satin glass that the company says will help avoid smudges and fingerprints. On it, we’ll find a 48MP camera, a 16MP ultra-wide camera accompanied by an 8MP optical zoom shooter with OIS as well as a 5MP depth sensor optimized for low-light environments and night shooting via Night Vision mode that promises “vivid, grain-free” photos.

In addition to this, the Motorola logo on the rear also serves as a notification light. On the front, there’s a 25MP camera.

The situation under the hood features a Snapdragon 675 SoC paired up with 4GB of RAM and 128GB worth of internal storage as well as a 4,000mAh battery that arrives with Turbo Power support. This feature is supposed to keep the phone up and running for a few hours with just a few minutes of charging. 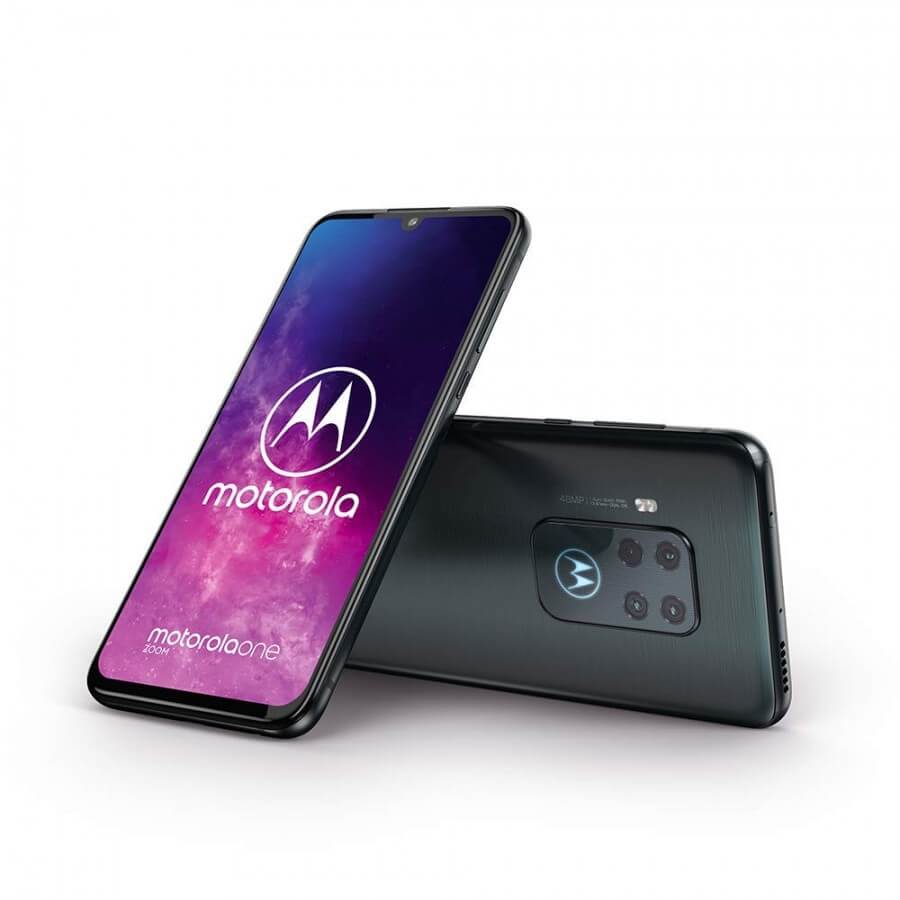 The smartphone will be available in Electric Gray, Cosmic Purple and Brushed Bronze color options. It’s already up for purchase if you’re interested in Brazil, Mexico, Argentina and Latin American countries as well as Europe, with a price tag of 429 Euro.

The customers in the U.K, Germany, Spain, Italy and France, the smartphone is also available as an Amazon exclusive with built-in Alexa. In the U.S the Motorola One Zoom can be purchased for $449,99 via the company’s online store.