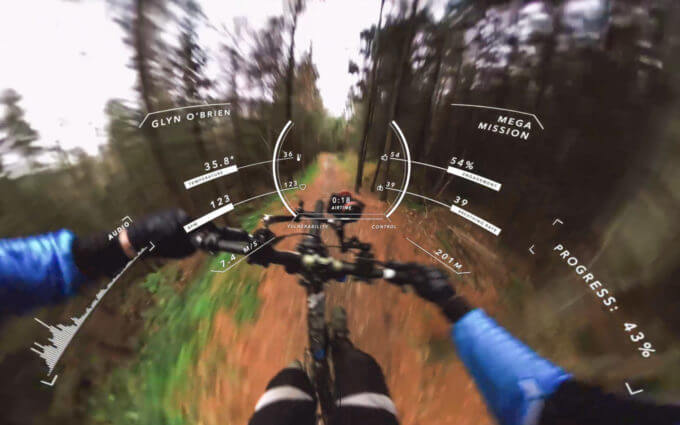 When you think about immersive content, you imagine an experience that’s centered around the you, user, so much so, that you’re pulled into a new environment, experiencing an artificial aventure as if it were real, all senses captured. But even if you are hearing and seeing everything first-hand, from the comfort of your home, it’s hard to feel that adrenaline rush a mountain biker would experience, for example. It’s hard to even picture it. That’s why Red Bull Media House and Sensum partnered up to show, rather than tell, all those emotions on screen #realitymagic

Red Bull Media House partnered up with Sensum for a different kind of VR film, The Hero Feeling. In it, viewers follow mountain bikers going at super speed downhill. Spherical camera lenses record 360-degree video for a FPV, so you can actually picture yourself in the saddle. But that’s not all. Biometric sensors attached to the body of the riders relay, in real time, the physiological changes they go through as the terrain changes.

This data was collected during the rides and is displayed on-screen. Thanks to Sensum’ Emotion AI tools, the data captured is synchronised with contextual information and emotions can be derived.

Basically, viewers can witness how the body and mind changes for a professional bike riders in such a situation, where the adrenaline rush is undeniable. Different riders, trails and runs can be selected. It all comes together in an Android app so that users can see the content via smartphone headsets.