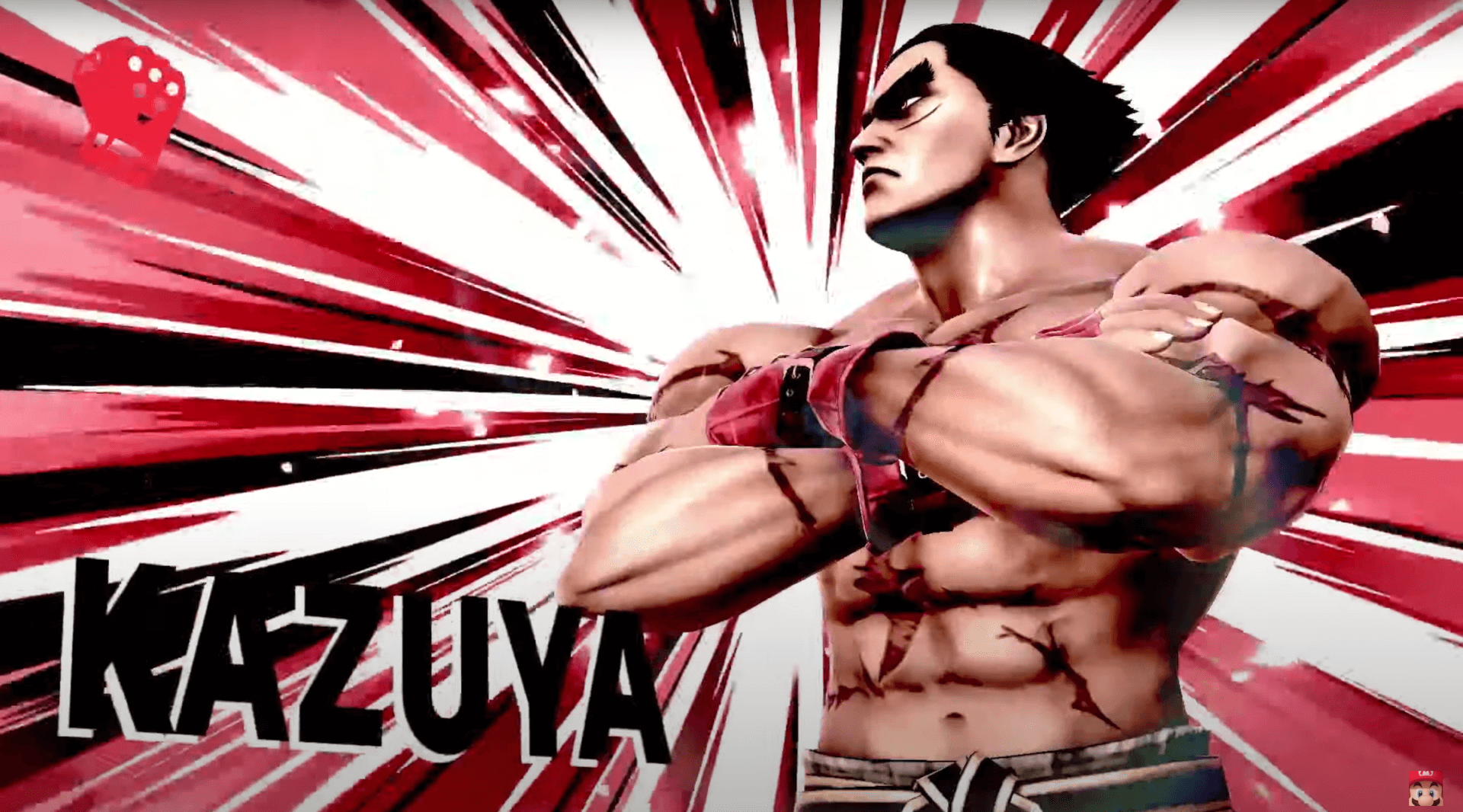 During the Nintendo E3 Direct, Kazuya Mishima from Tekken was revealed to be the next DLC fighter coming the Super Smash Brothers Ultimate. Earlier today, series director Masahiro Sakurai gave viewers a closer look at what they could expect from the fighting game legend.

Part of the goal was to recreate the Tekken feel within Smash, even as the two are completely different game styles. Additionally, the team tried to faithfully recreate Kazuya himself within the game. As such, Kazuya has overall high attack power, slow attacks with little range, continuous super armor, and higher-than-average weight. Additionally, Kazuya’s signature Devil’s Gene has been implemented for midair jumps, smash attacks, and special moves.

When it comes to neutral moves, the team implemented command inputs using a combination of different A-button presses, movements, and directional inputs. “10-Hit Combo,” for example, is simply holding or repeatedly pressing the A-Button.

The special moves are as follows:

Neutral B: Devil Blaster, a long range attack that passes through opponents.

Side Special: Devil Fist, Kazuya lunges forward and punches which has a stun mechanic for enemies close by.

Up Special: Devil Wings, upward recovery which allows for an in-air drift and has a powerful start to the move which can KO.

Kazuya’s special mechanic is his Rage State which occurs when he reaches over 100%. He will have 1.1x attack power but also, once per stock, have access to Rage Drive. This move is a more powerful version of Heaven’s Door which can be executed by grabbing, using down special, or inputting a command input. Rage State will end after Rage Drive or taking a lot of damage.]

Kazuya comes with a new stage, Mishima Dojo. The stage is flat with no platforms, typical of a fighting gaming stage, and both the walls and ceilings are closed off. However, these can be broken with a strong attack.

Mii-Fighters making an appearance include Lloyd from Tales of Symphonia, Dragonborn from Dragonborn, Dante from Devil May Cry, and Shantae from Shantae (includes music tracks).