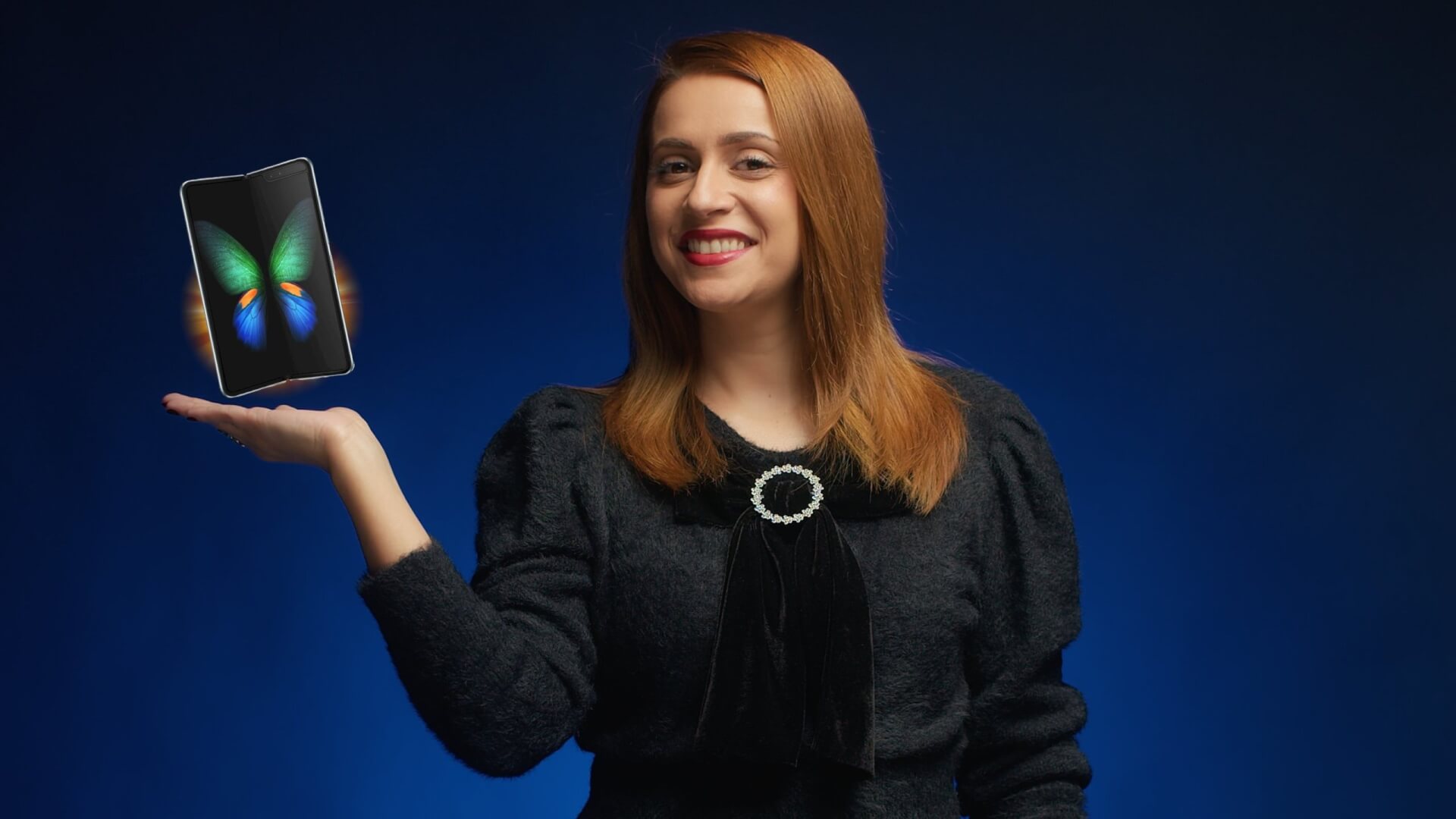 The Samsung Galaxy Z Fold 3 was expected to make an appearance in some form or another, during the Galaxy S21 launch back in January but the device has not showed its face to the world just yet, at least not in a straightforward manner.

In spite of this, the rumor mill and, by extension – the leaksters, have been very busy in regards to the Fold 3, with specs and speculations about the release date flowing from every direction.

Rightfully so: the foldables are the future.
Whether we like it or not, foldable smartphones are on their way to becoming the staple in terms of mobile devices. True, they are still in their youth and the companies working on them are still trying to resolve certain issues they have, such as battery life, multi-screen software and the foldable screens themselves (remember the creases and breaks?).

At the moment, these devices are still a handful – in the literal sense of the word, but some of us might remember the old cell phones of yore that were built like a brick and came with a bulk and weight to match. We all have to start somewhere, don’t we?

So here is what we know so far about what we hope will be the next step in the evolution of the foldable.

The release date of the Fold 3 has been ongoing guesswork, however, most leaks and tips point towards an August release.  It’s worth mentioning however that the Galaxy Z Fold 3 might not even be on the release schedule this early to begin with; the company might choose instead to focus on the Galaxy Z Flip 3 first.
Afterall, we’ve seen a late 90’s/early 2000’s revival lately: the clamshell design of the Z Flip 3 would definitely fit into that aesthetic and Samsung might want to ride this particular wave before it’s gone.

Most of the rumors however, point towards a late 2021 release, though which one of the devices will be the first to emerge remains to be seen.

In terms of pricing there are some good news, if the rumors are to be believed: the Galaxy Z Fold 3 might actually be cheaper than its predecessor. That means that we can expect to see a price tag of roughly $1,600/ £1,440 / AU$2,400 attached to the device.

When the Galaxy Fold 2 was launched, it came with a bank-breaking price of $1,999. That price eventually went down to $1,799 but even with that price cut, it still remained Samsung’s most expensive smartphone.

As mentioned before, one of the issues with the Galaxy Fold 2 (and with other foldables from other companies) is the sheer bulk of the device.
The Galaxy Fold 3 is expected to at least have a 7-inch interior display and a 4-inch exterior one, which would make it much smaller than its predecessor. Most likely, the phone will also be much lighter than its 9.9 ounce predecessor, and will be weighing 9.48 ounces / 269 grams. 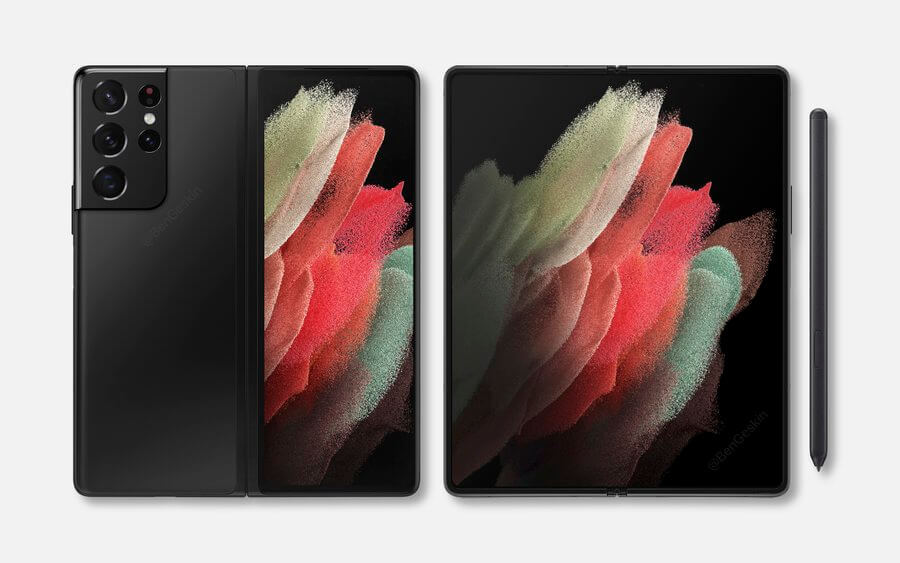 The phone is said to benefit from protection via the Gorilla Glass Victus. In addition to that, Samsung has patented something called “Armor Frame”. While we don’t have a lot of information about it yet, it is possible that this frame will debut with the Fold 3 and might be made out of Carbon or Titanium – both of them strong but lightweight materials.

Some other leaks suggest that the device will have a triple camera setting on the back and will come in silver, green and beige/cream color variants.

CAMERA UPGRADES. OR NOT?

Tipster Ice Universe also assured us that the Fold 3 will, indeed, feature one of the most talked-about features: an under-display camera. Other leaks suggest that the punch-hole camera will still be visible on the exterior display.
A recent leak also suggests that the three cameras on the back will be close to or identical to the ones on the Z Fold 2: a 12MP main, a 12MP ultra-wide, a 12MP telephoto with 2x optical zoom and a 10MP cover camera.

This latter camera is rumored to be a Sony IMX374 sensor with a 1.22um pixel size. If that sounds familiar, it’s because it’s the same sensor Samsung’s Galaxy S21 is using.

The only one that is different from the Z Fold 2’s setup is the 16MP camera rumored to be set under the display.

Many of the reports and leaks regarding the Galaxy Fold 3 state that it will be accompanied by an S Pen, designed specifically for this device, which means that the users will not be able to use it on any other Samsung smartphone that supports the S Pen. This also might be a hint that we can expect some display changes. 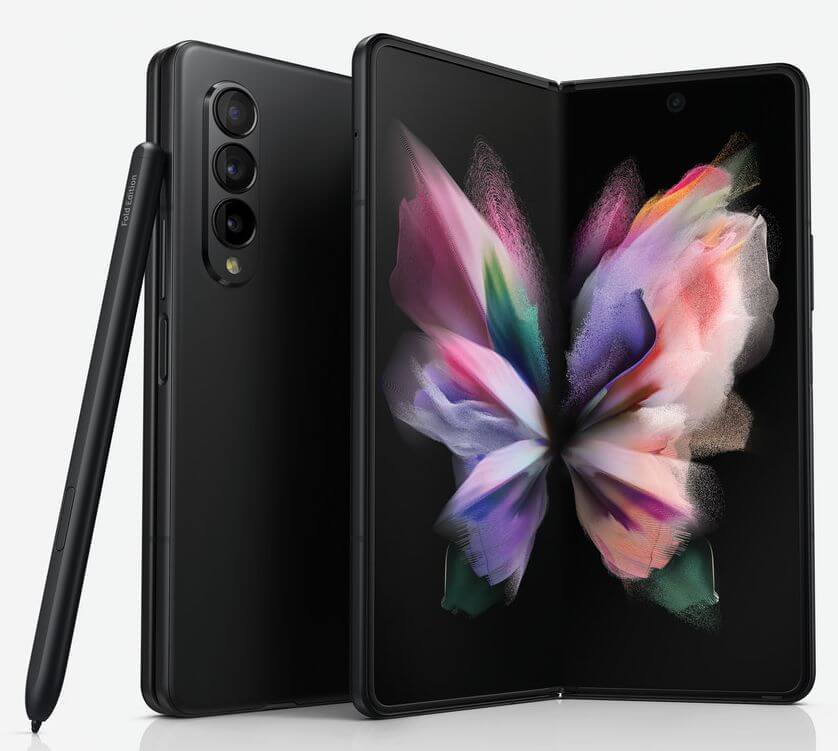 Unfortunately, the same reports also mention that the S Pen will (allegedly) not be included in the package. Aside from having to buy the pen separately, the users will also need to purchase a case for it, as they won’t be able to dock the S Pen inside the phone.

The Galaxy Z Fold 2 already runs on the Snapdragon 865 Plus so we can expect the Z Fold 3 to sport a Snapdragon 888 under the hood but Qualcomm’s Snapdragon 870 5G is also a reliable option for the device – both of them are top-of-the-line chipsets that have been recently released.
The device will have a 4,380mAh / 4,275mAh battery, split across two cells. This might actually hint at the fact that there will be a slot for the S Pen present on the device after all. However, this is mere speculation at this point.

The Galaxy Z Fold 3 will also have an IP rating and, while we don’t have any information on the level, we can expect it to be water and dust resistant.

The Z Fold 3 is expected to ship with Android 11 and Samsung’s One UI skin blanketed on top, though there are rumors that the device will feature an adaptive UI capable of re-arranging the elements of apps depending on the screen and orientation you’ll be using.

SHOULD YOU BUY IT?

To buy or not to buy is always the question with high-end devices, especially those that are still experimenting with new designs and ideas.

The Galaxy Z Fold 3, as you’ve read above, has its downsides: one one hand, the cameras are similar to the Z Fold 2 and the battery might be smaller than its predecessor’s. However, it might offer a better design, a solution to the middle display crease that plagued the previous devices and a more powerful chipset. Not to mention the price cut when compared to the Fold 2, which is not insignificant.

When you put those things in balance, it’s difficult to tell which way the scales tip. At least for now.
We have to wait and hear more from either other reliable leaks or from the company itself in order to decide.