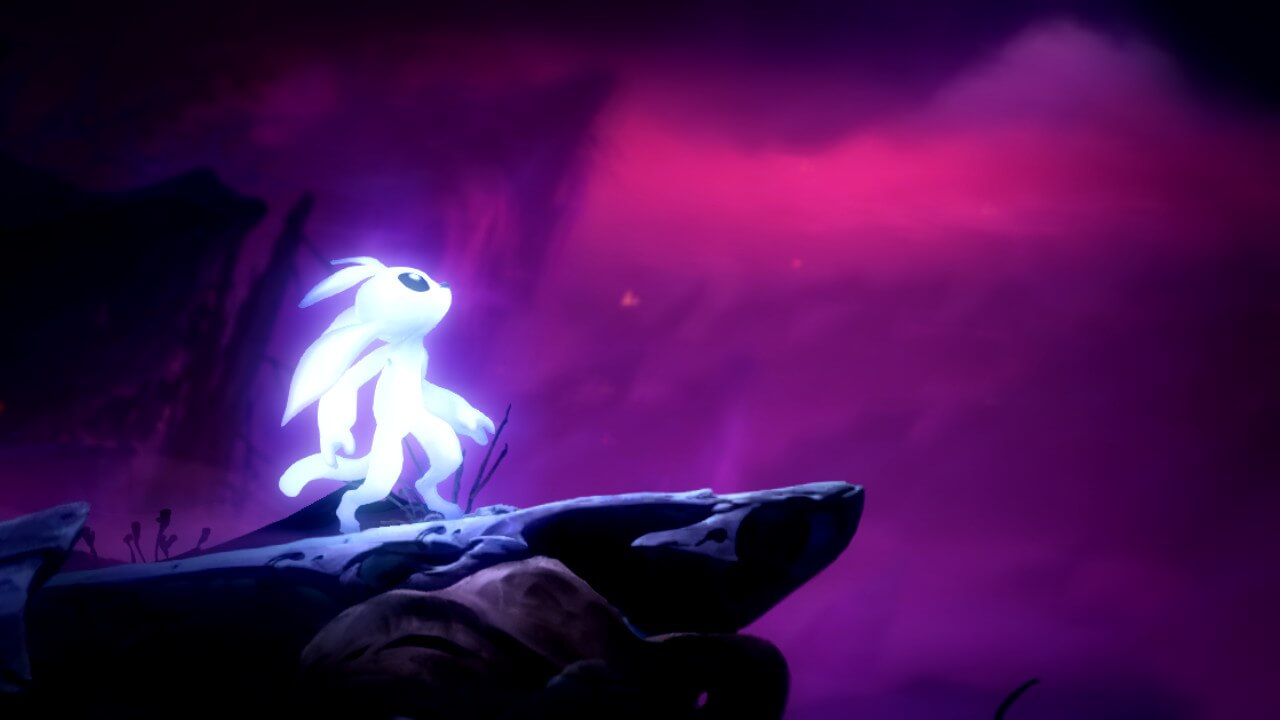 Every time I load up Ori and the Will of the Wisps, I get the Xbox Game Studios logo. Normally, I ignore these developer title cards, mashing the A-button as quick as I can to get to the title screen. But seeing the Xbox Game Studios screen was jarring, something so unexpected as I stared at the logo coming from my Nintendo Switch.

Ori and the Will of the Wisps is one of several originally Xbox console-exclusive games which have made their way to the Switch. Ori and the Blind Forest, the game’s prequel, also was  brought over to Nintendo’s platform.

Other games were developed with a specific platform in mind, but given time, they slowly came out on other platforms. Octopath Traveler went from Nintendo to Xbox and is still available on Game Pass. Cuphead started as an Xbox-exclusive, but then found new homes on PlayStation and the Switch. And most recently, Xbox announced that recent indie superstar Hades would be coming to Xbox during their E3 2021 Xbox & Bethesda Games Showcase.

Multi-platform expansions for console exclusive games benefits gamers and developers. For gamers, it gives the opportunity to play games without having to purchase new consoles. Multi-platform games also provide a larger audience for the games, helping developers get more exposure.

The argument for console exclusive games, however, boils down largely to finance, particularly when it comes to selling hardware. People buy consoles for the games and if all games were available everywhere, platforms would likely get less of a share. Think about Mario and Zelda on the Switch, Halo on Xbox, and the Last of Us for PlayStation. Without console exclusives, how well would the consoles actually sell?

Jim Ryan (somewhat) made this argument during the lead-up to the PlayStation 5: “we do believe in generations… [and] we are thinking that it is time to give the PlayStation community something new, something different, that can really only be enjoyed on PS5,” insisting in a way that the only way games could be experienced using the specific console it was designed for (source: Games Industry). While certainly true in some regard – Astro’s Playroom cannot be fully experienced without the DualSense – it’s also pretty telling that the company has backtracked with God of War Ragnarok and Horizon Forbidden West coming out on PlayStation 4 as well. Not a perfect analogy, given Ryan’s comments were more referring to different generations of the same company’s console, but perhaps these experiences can actually be enjoyed across different consoles.

The Ori games are a perfect case study for why more games should be brought to different consoles. The games were originally developed for the Xbox One, a console with much higher specs than the Nintendo Switch. Yet the game felt right at home on the Switch, given the relatively low processing power needed to play and the cartoon-y aesthetics that fit with Nintendo’s brand.

The Metroidvania cross action/platformer gameplay fit well within the bounds of the Switch’s capacity. Traversing throughout the world of Nibel and Niwen to find the light of the Spirits Trees and purge the lands of the darkness which seeps throughout, the controls felt intuitive on the Switch, docked or portable. In fact, the experience was elevated for me as I could take it and experience the story and game lying in bed. There really is something to be said about not having to be locked on a couch or a chair while playing a compelling experience like the Ori games. Indeed, the Switch was the perfect platform to navigate my way through a fantastical worlds, find the ever-rewarding series of skills hidden throughout, and defeat enemies and bosses alike with my expanding arsenal of powers.

It is likely that beyond myself, Ori was seen as a welcome addition to the Switch’s library. The console, after all, already houses so many indie games, attractive because of the Switch’s ability to be both a home and portable console. The user base is also already blessed with similar titles – Hollow Knight likely the most comparable – that even before the game came to the console, players were hoping Ori would be ported over.

Those saying that the audience for the Switch, Xbox, and PlayStation do not overlap, therefore making the argument for multi-platform games, are not necessarily correct. Many Switch owners have a second console (source: Nintendo Life). Reporting shows a similar percentage of users own both a PlayStation 4 and Xbox One (source: Gamasutra). While this does not point directly to overlap in game preferences, it does suggest that if the consoles are different enough that people need different ones, there is enough of a pull across console user bases that multi-platform games could tap into.

Will these companies fully embrace multi-platform gaming? The answer looks like a firm no. Microsoft has said that it would focus on committing to making games for their own platforms (source: The Verge) while Nintendo and Sony are historically selective with how they share their IPs.

Instead, it is likely that independent developers will continue to lead the charge in bringing gaming content to users across platforms.