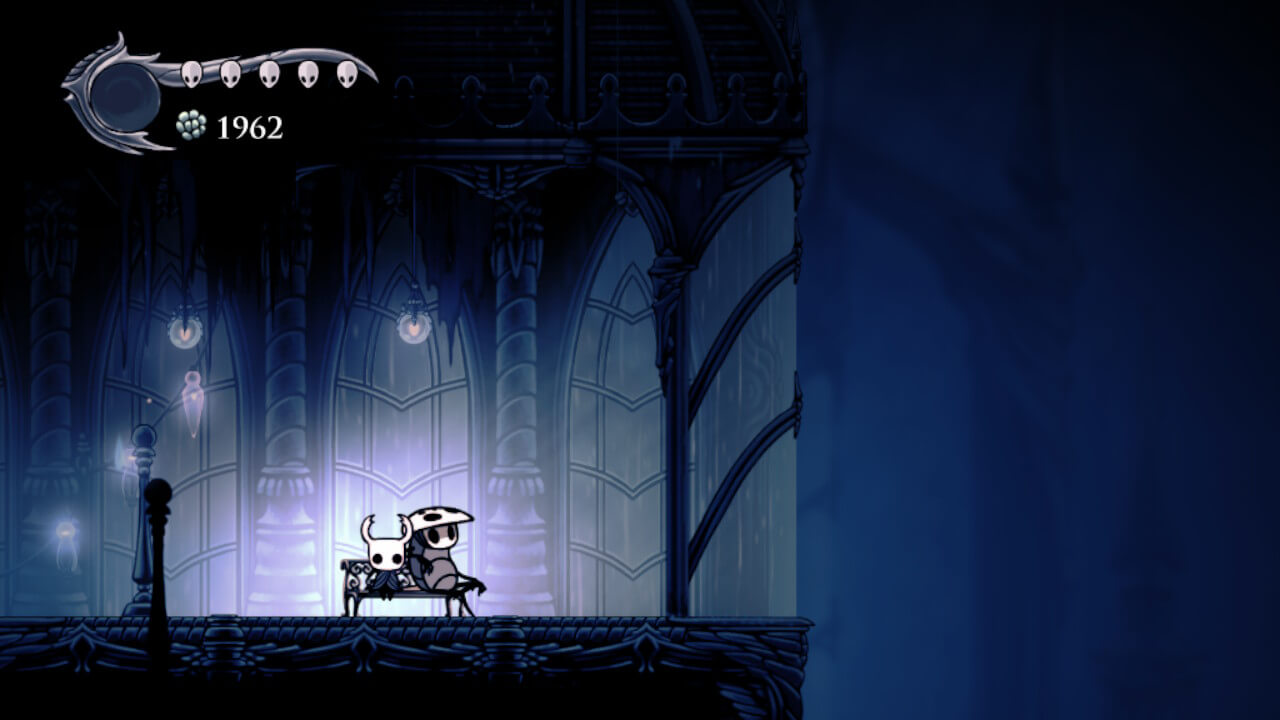 2020 has been a difficult year for many reasons. In taxing times, I usually turn to video games. They often serve as an escape from the doldrums of an imperfect existence, a different sort of challenge, or something unexpected entirely.

And although the gaming industry has certainly been affected by the COVID-19 pandemic, the games released have this year have largely been exceptional. A new IP perhaps could come to define a generation of gaming (Ghost of Tsushima). New entries to storied franchises brought back favorite characters, stories, and gameplay mechanics (The Last of Us Part II, Hyrule Warriors: Age of Calamity, Animal Crossing: New Horizons). Remakes of beloved titles were blasts from the past but upgraded for current generation consoles (Tony Hawk’s Pro Skater 1+2, Final Fantasy VII REMAKE). Definition editions and enhanced ports littered the scene with extra content and upgrades for more contemporary classics (Persona 5 Royal, Xenoblade Chronicles: Definitive Edition, Pikmin 3 Deluxe, Super Mario 3D All-Stars).

I’ve invested hundreds of hours in the games listed above and can attest the fantastic experiences I’ve had playing each. Yet the triple-A gaming scene still seemed to be lacking and hollow, unable to fill the void created by the emotional, mental, and physical exhaustion of this tumultuous year.

Perhaps unexpected, the indie game scene gave me what I needed in a time when triple-AAA games couldn’t.

The Wonderful World of Indie Game

Indie games have been in the gaming scene for quite some time now, but only relatively recently have these games become a significant player in the industry. Made by independent developers, these games often don’t have the production and advertising budgets to fail. Instead, the small development team, sometimes with backing from expectant fans, invest their own time, money, and livelihood for the opportunity to publish their game. It’s the one chance these developers have to show the world their vision and they can only hope it is well received. Truly, being an indie developer is perhaps one of the biggest risks in the gaming industry.

But with its risks comes its rewards, at least for the community. Indie games have been some of the most inspired when it comes to art direction, game play, and story. The passion is extremely evident, for without passion the project (and the dream) will fail. That’s not to say triple-AAA games are not inspired; it’s just that there are several more corporate considerations influencing the game direction.

The Indie Games That Captivated Me

Perhaps because of this passion, indie games became a fuel for me during 2020 where I felt in all other avenues, I had lost a little passion. It started with Stardew Valley, where the co-op experience created a long-term competitive environment. Stardew Valley’s merits are well documented, namely the hidden complexity within its easy-to-grasp gameplay. This depth became central to our achievement-based competition, meaning we had to perfect all the tools – literally and metaphorical – the game gave to us. In doing so, it became clear from Day 1 of the game how well integrated all aspects were, especially for those looking to connect all the dots. 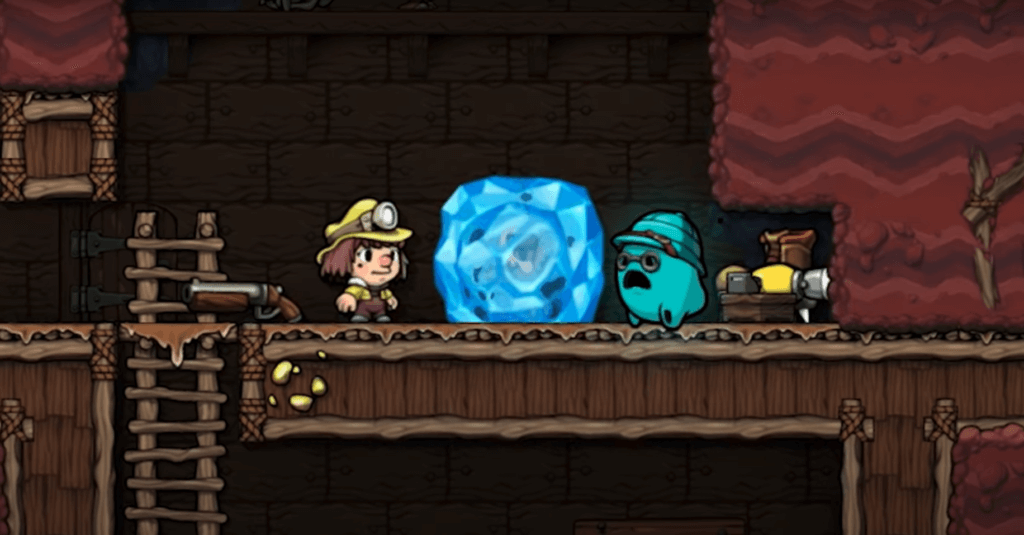 But competition wasn’t always what I needed; in a time where human interaction was limited, cooperation helped bring back that feeling of real human connection. No game did that better than Spelunky 2. It is a chaotic game where one action, intentional or not, can lead to restarting the whole spelunking process over. Even as there exist tangible benefits of having more than one player, this chain reaction actually represents the risk of two player gaming, as one player’s misstep could become both players’ demise. Thus, to play with more than one person, Spelunky 2 requires extreme cooperation to avoid some of game mechanics which caters more towards chaos than reason. There was a lot of disappointment, when one miscall led to a full restart after the 4th or 5th world, but there were times of true jubilation (partially after getting a live turkey from level 1-2 past the first major boss in World 3 in order to open a short cut). No triple-AAA game matches this kind of extreme dedication to spelunking, rogue-like, and chaotic gaming. To be honest, I can’t think of a single game that tries to do what Spelunky and Spelunky 2 do. 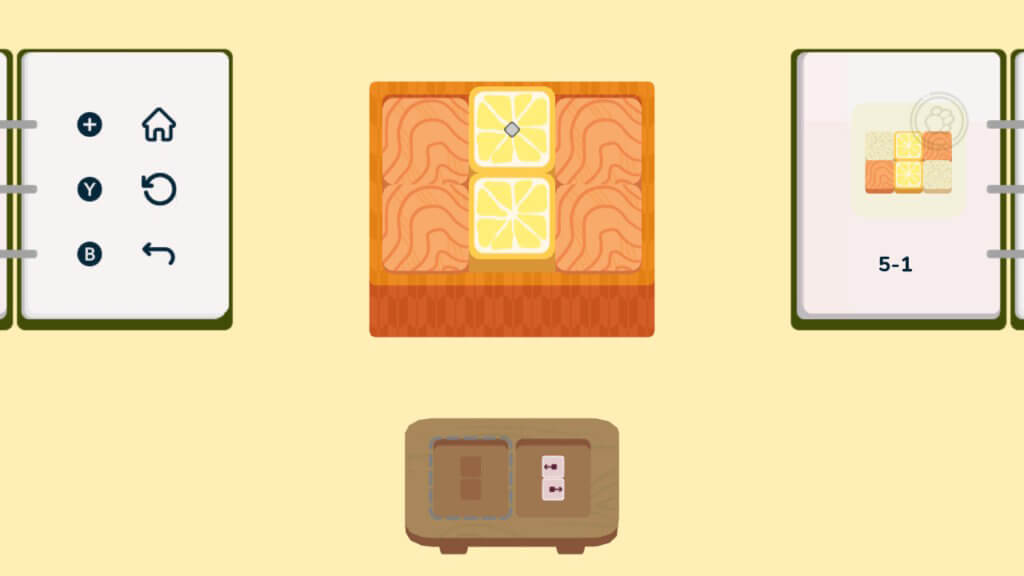 The next game I found killing time with a friend at their house. As we were waiting for word back on some dinner plans, they decided to turn on their Switch and ask for help on some puzzles in inbento. As a cat mother, you raise your kitten from childhood and beyond, preparing bento boxes for them along the way. The puzzle is making the bento boxes just as the mother imagines, a process which entails placing, moving, rotating, and taking out blocks of ingredients. Puzzle games like inbento are fairly common, but the cuteness and consistency of the vision made it stand out. From start to finish, inbento weaves its moving narrative, demonstrating a mother’s care through the love within each bento as well as the short photos showing the relationship between mother and child. The puzzle fits well with the narrative, one that drove me forward as I found myself faced with more and more difficult challenges. The fact that there were so well intertwined speaks to the creative vision behind the game, one that did not wish to sacrifice one element over the other.

As with many others, Among Us took me by storm in the early fall. Although the game needs no explanation, it is essentially an online version of the game “Mafia” but with simplified roles and easy gameplay. The game became a weekly staple for my extended friend group. Given it is an always online game, we could easily connect across time zones and locations. We were also able to invite non-gamers to the table as well as the learning curve was fairly low.

But perhaps the game that did the most for me during this time was Hollow Knight. I travelled to and from Hallownest before, explored its expanisve caverns as I found myself slowly being entranced by the mysterious world Team Cherry painstakingly crafted. On a whim I decided to try Steel Soul, a permadeath mode opened for players who beat the game at least once. Permadeath changed my perspective on the game. Even though I knew where to go, how to progress, or major enemies along the way, the literal fear of death (and starting over) forced me to appreciate the beauty in the game’s construction. This intensity made me realize how intricately woven key design gameplay elements – movement, combat, navigating, currency management, world building – were and just how many things were hidden in plain sight. One example is sequence breaking, where the sequence of intended events (get a power up to progress past a certain checkpoint) could be unraveled through skillful and creative uses of the tools already available. The craft and care of creating this gorgeous metrovania shined brightest when it was at its most precarious.

Although this was only a sampling of the games I played, these indie titles left perhaps the most impact. They came at the right times in 2020, providing me with exactly the gameplay experience I needed. There are certainly many more indie games I want to try out – Cuphead, Ori, and Spiritfarer, to name a few – but I won’t rush to play them. Like the ones mentioned, they’ll come to me, at the right time, at the right place in my life, to fill a void left by the flow of life. I’m excited to see what passionate projects await!