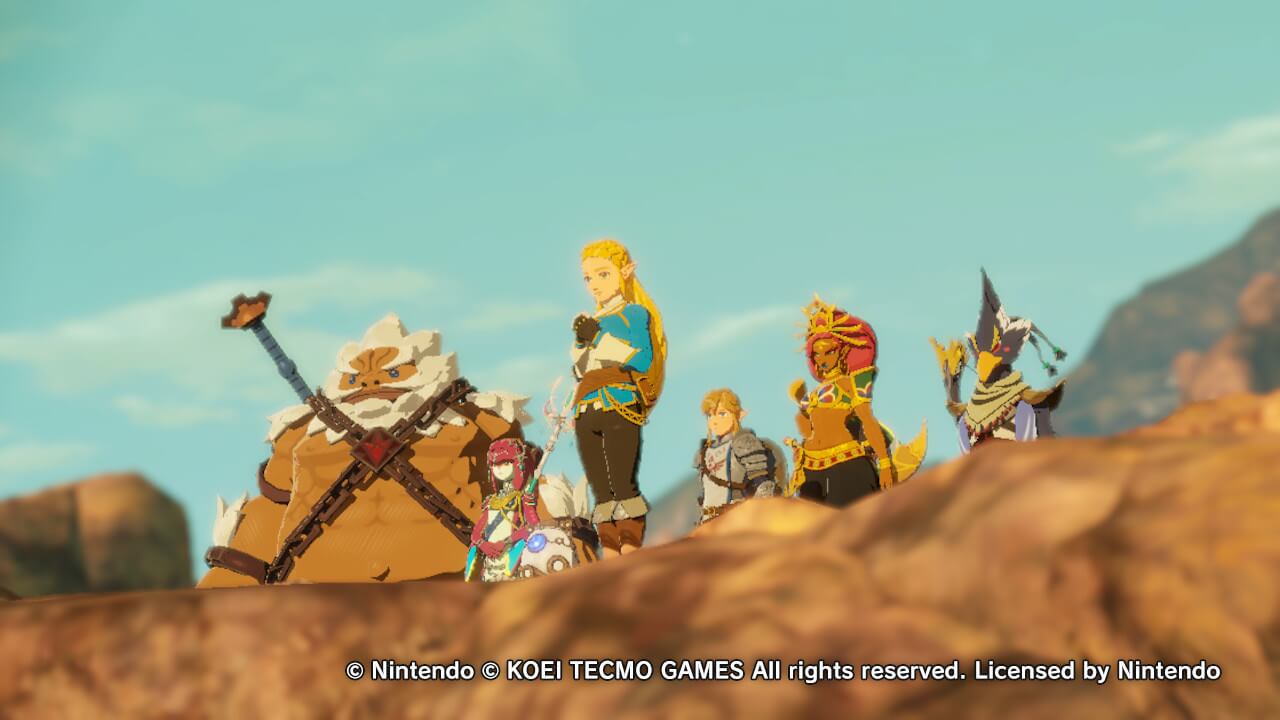 [Review] Hyrule Warriors: Age of Calamity Mostly Succeeds as It Takes On Lofty Challenge Of Breath of the Wild Prequel

The sound of rain. The sights of fear. Link and Zelda, usually depicted as pristine covered in the unmistakable grime of utter defeat, running away quickly from some unknown entity. Hope is lost, with Zelda profusely weeping in the arms of a stoic, yet equally suffering, Link.

This scene remains one of the most impactful in my years playing Legend of Zelda games. Although the series has dealt with darker themes in the past, the depth of Link and Zelda’s despair and hopelessness was on full display for the first time in the Breath of the Wild’s (BOTW) Great Calamity.

Given the raw emotion and storytelling potential of The Great Calamity, one which was largely underutilized in BOTW, I was extremely excited about prospects of Hyrule Warriors: Age of Calamity. A fully fleshed out narrative of The Great Calamity, as well as the theoretical perfect match of the musou hack-and-slash gameplay with the war-ravaged reality of a pre-BOTW Hyrule, easily lends itself to a series-defining Zelda game. In many ways, Age of Calamity both transcended and fell short of these lofty expectations.

When Nintendo announced their collaboration with Koei Tecmo there was understandable hesitation. While Koei Tecmo are the industry leaders for musou games, their games are rightfully critiqued as an elaborate fan fiction with button mashing gameplay. Even though one could levy the same criticisms at Age of Calamity, it would be at the expense of seeing the brilliance of this beautiful collaboration.

The moment the game is loaded, you can tell the developers tried to be as faithful to BOTW as they could. The aesthetics and visuals, from character models to environments, seem ripped straight from the original game. 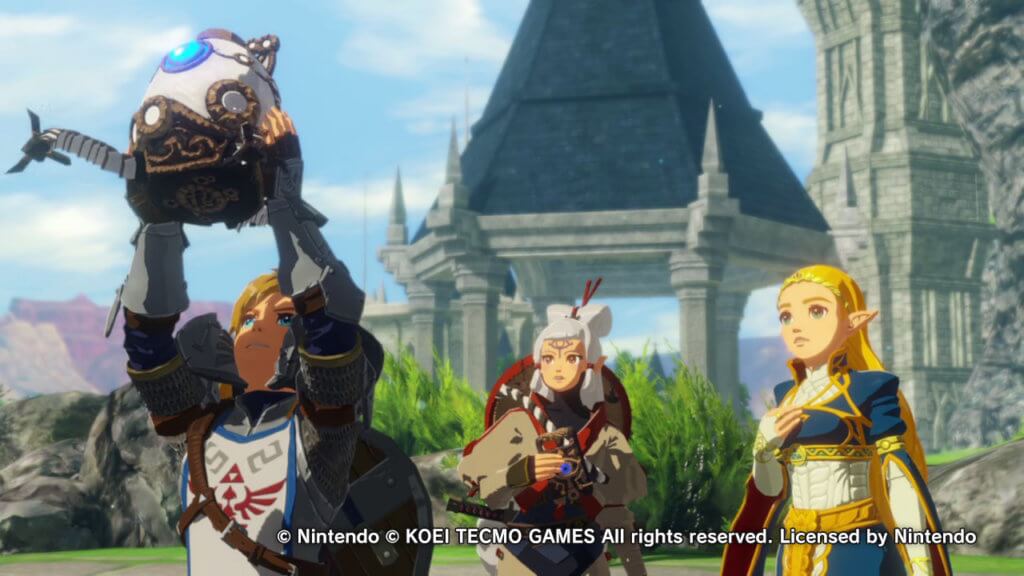 Playful moments are abound within the cutscenes and in dialogue texts, fleshing out the characters and their relationships to each other.

Additionally, the characterizations felt spot on and true to what limited knowledge of the characters already exist. Multiple and beautifully rendered cutscenes illustrated their relationships to each other and the crisis at hands. Mipha’s love for Link is well known, but the scenes of her looking tenderly at him, or her request to Daruk to train her to be able to fight alongside him, made that love all the more heartfelt. And did I mention that’s only one or two of the two hours of cutscenes they animated for this Zelda spin off game? That’s some serious dedication to the IP and the lore.

But what of the gameplay? Well, if musou games are often criticized for their hack-and-slash style, it works out pretty well. Thematically, the many vs. one musou mechanic aligns with how Link, Zelda, and the champions would have to desperately fight back hordes of demonic monsters and possessed Guardians. 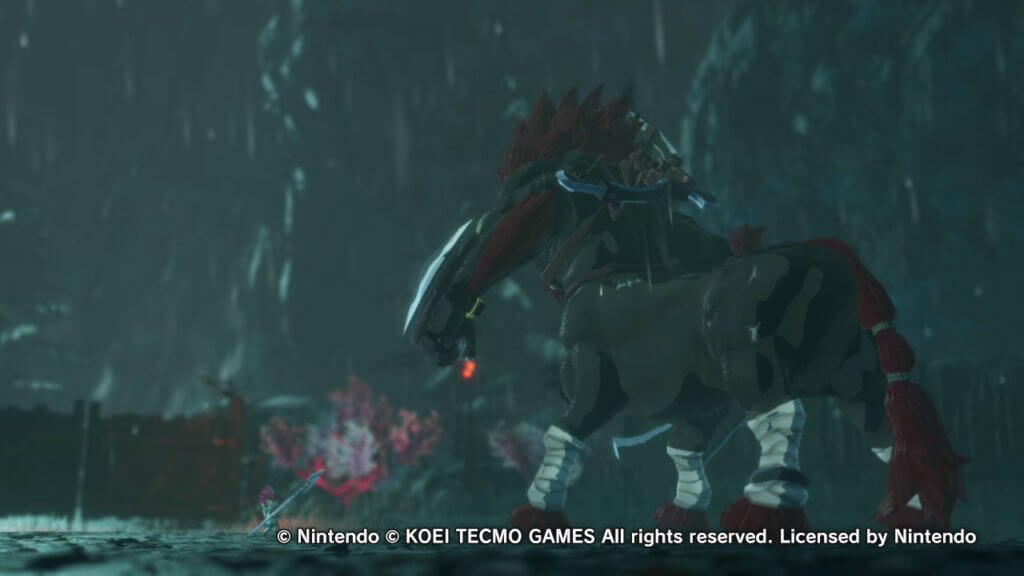 Ever wonder who would win in battle between a Lynel and one of the champions? Age of Calamity lets you live out that fantasy.

The gameplay can be a little repetitive and tedious at times, but the team did a great job of diversifying the style of combat within the parameters of the musou genre. That is, each character really felt distinct in how they approached the battle even as most of the combos revolved around two button inputs. Revali, for example, was great at area-of-effect attacks which could wipe out large numbers of lesser enemies yet struggled with dealing weighty attacks on mini-bosses. Urbosa’s lightning mechanic, on the other hand, always felt like it packed a punch irrespective on enemy type, but was on a recharge system. It’s also a nice touch that each characters gameplay style did match well with their their lore – Revali as an archer focuses on more swift attacks while Urbosa as the strongest warrior in a village of warriors. Indeed, no two characters felt alike and had strengths and weaknesses in different missions (although, realistically, there were some characters who were simply better than others). 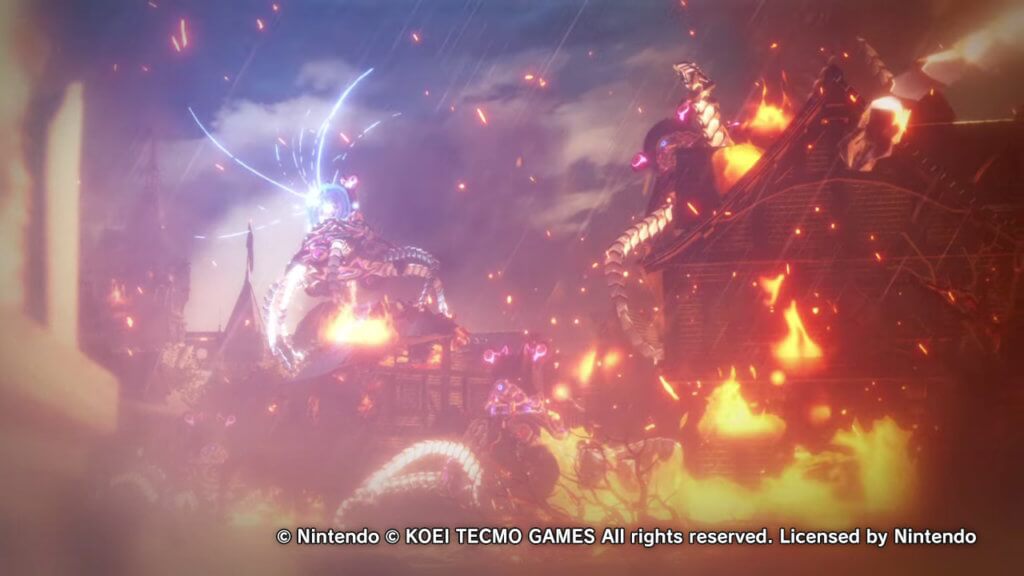 Breath of the Wild was about making right Hyrule’s overwhelming defeat to Calamity Ganon. Age of Calamity seemed less invested in that story.

While many aspects of the collaboration exceeded initial reactions, there were still many places where the game falls into the same old pitfalls of Koei Tecmo games and collaborations. The largest point of contention is how Koei Tecmo has a knack for being creative with its source material in order to incorporate many entries of a series into one game – think Fire Emblem Warriors and Hyrule Warriors. While Age of Calamity largely stuck within the BOTW universe, it deviated significantly in certain story elements. Without getting too much into spoilers, the sequence of events happening in the middle of the game largely undercuts the darker and more emotional aspects of BOTW. Many of the moments where the game does impart a deep sense of loss are erased in favor of an alternate ending to The Great Calamity. Indeed, the opening scene would not have happened based on Age of Calamity’s events, meaning much of the emotional weight is instead replaced with levity.

That’s not the say the story itself wasn’t great – as mentioned, the development team did much in the way of narrative building through strong characterization and expansive cutscenes. Seen in a vacuum, Age of Calamity’s story is compelling and riveting.

Minor criticisms do exist for the game as well – frame drops, not open world, the dramatically different mission and combat mechanics – but most of these come with the musou genre. The Warriors-style gameplay actually flexed a lot to fit BOTW’s key elements. Asking it to be a copy of BOTW would compromise its structure, rendering it perhaps a clone of the original game. I applaud the Zelda team for taking these risks and realizing it well.

Unfortunately, the narrative elements illustrate that the company’s unwillingness to fully buy into BOTW’s impactful narrative arc: the demise of Hyrule during The Great Calamity and Link’s resurrection 100 years later. BOTW was an incomplete story, thus allowing a prequel ample space to play and imagine what The Great Calamity could look and feel like. The decision to choose this more triumphant narrative speaks to the unwillingness to end Age of Calamity (or any game really) on a darker note. To do so is certainly a risk, one which had ample narrative space and public desire to do so well. It is truly just a loss that the developers did not take that risk. There still remains many questions on The Great Calamity as depicted by BOTW, questions that the Age of Calamity could have answered, but chose to avoid. 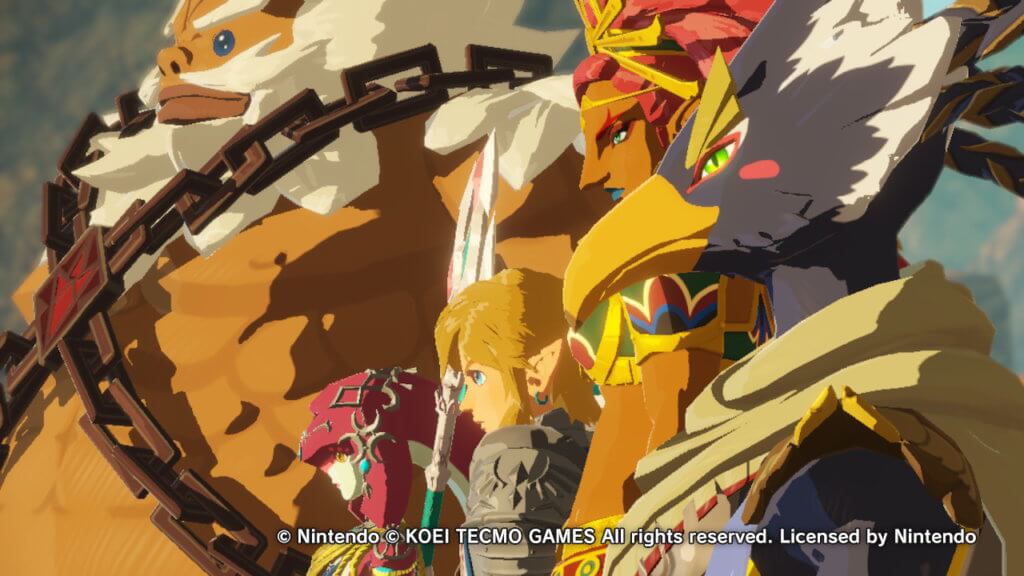 Legend of Zelda: Breath of the Wild has been a defining game for both the Nintendo Switch and the storied Zelda franchise. It broke down barriers of what Zelda games could look like and set off one of Nintendo’s greatest console generations. A prequel for this title should be an easy win for both fans and developers, but it’s truly hard to say Hyrule Warriors: Age of Calamity is that undeniable win.

It is a game mainly filled with flashes of brilliance, particularly in its dedication to the BOTW aesthetic and development of the champion character arcs. But it decidedly falters in some of its narrative choices, namely in the way it was advertised as a definitive telling of The Great Calamity yet through its time-travel related story decisions, creates an alternate realities.

If anything, the game is a testament to how flexible the musou-genre is and how faithfully the production team at Koei Tecmo deals with its source materials. Additionally, Zelda fans will be happy to see some of the well-developed cut scenes and interactions between the BOTW characters. But it doesn’t answer the lingering questions from the original game. It doesn’t deal with devastating sense of loss endured because of the war, especially as they were conveyed through Link’s lost memories, destroyed monuments scattered across Hyrule, and the ghosts of the deceased champions.

Hyrule Warriors: Age of Calamity is not the prequel to Legend of Zelda: Breath of the Wild I was expecting. Instead, it is a really well made musou-game inspired by but taking some creative liberties with the lore of Breath of the Wild. It was a refreshing return to that space and I’m excited to see what’s to come in Breath of the Wild 2.

[Review] Hyrule Warriors: Age of Calamity Mostly Succeeds as It Takes On Lofty Challenge Of Breath of the Wild Prequel