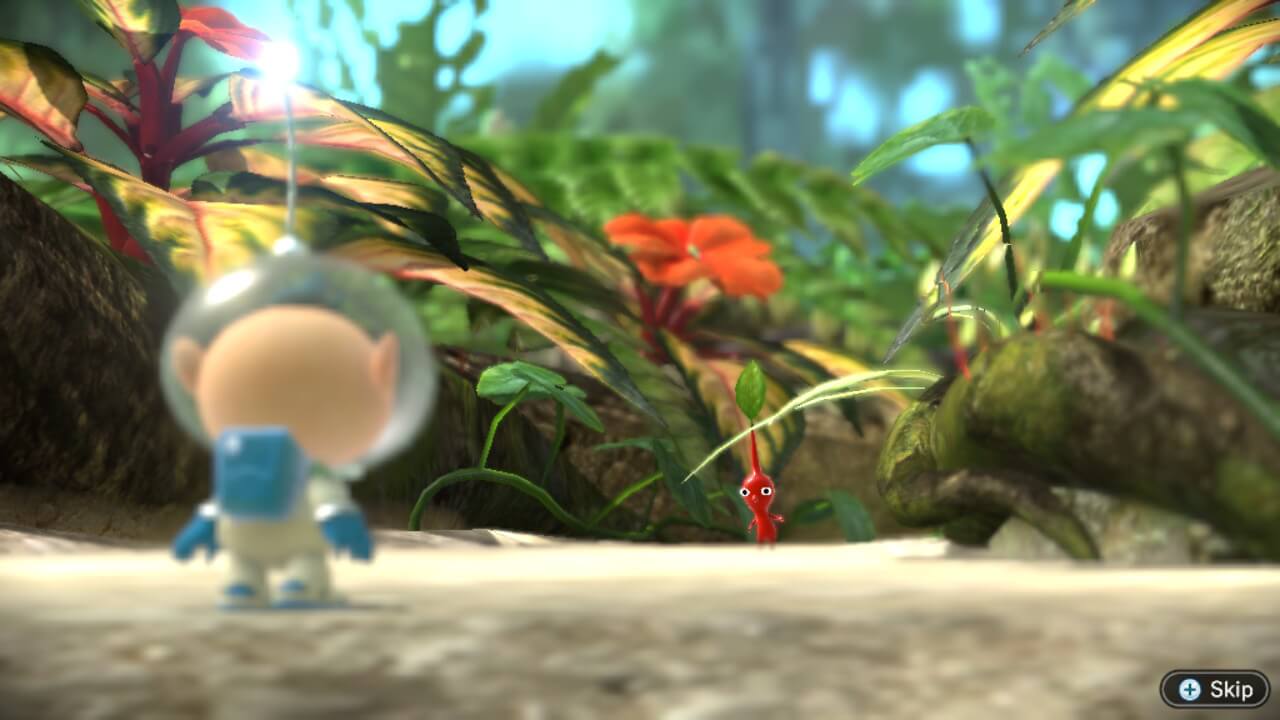 Much like the treasures the space adventurers of Hocotatians and Koppai would find on Earth-like PNF-404, Pikmin 3 was lost on the dusty shelf of non-ported Wii U titles. Pikmin 3 Deluxe on the Switch brings the beloved franchise from the nether into the hands of the Switch’s massive userbase. And in the second half of the year where Nintendo has not released as strong of a lineup as the first – Animal Crossing and Xenoblade Chronicles: Definitive Edition were two such heavy hitters – Pikmin 3 Deluxe appears to be the subdued yet much needed year-end holiday title. 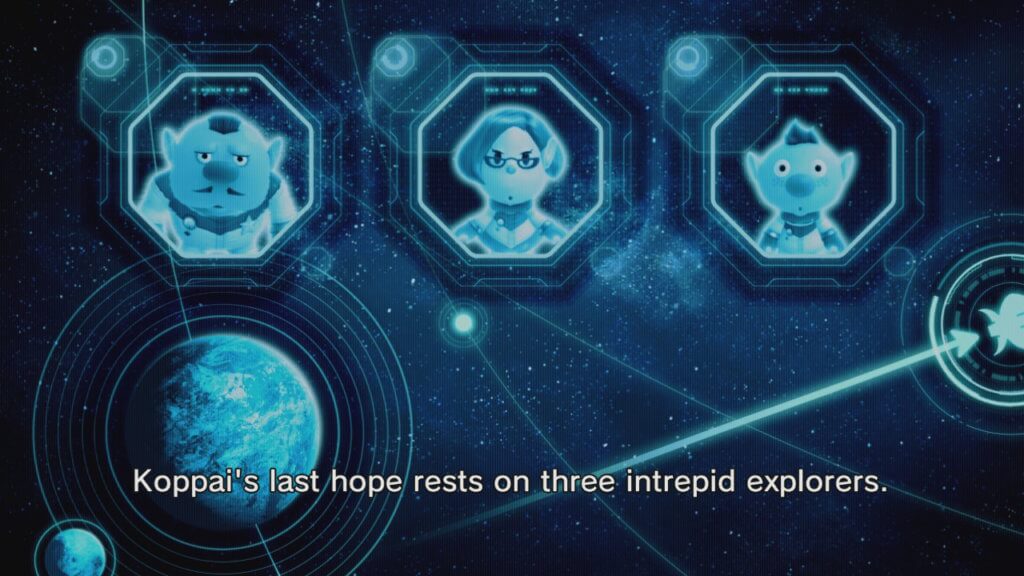 You’re the last hope for a dying planet. No pressure…

The game is a well-polished combination of real-time strategy, resource management, and puzzle solving elements. Set in the Earth-like world of PNF-404, you control three Koppai adventurers tasked with finding sustenance (fruit) for their slowly dying home planet. Using PNF-404’s indigenous population of Pikmin, you have to balance collecting fruit to survive, collecting parts to repair your ship, and battling off prey which seek to eat you and the Pikmin all while beating an in-game day clock.

Although the game is relatively short story-wise, there’s so much to do and manage that it feels longer than it is. Admittedly, the boss battles nor the puzzles were particularly difficult. But at the same time, the difficulty is relatively low because the game does a great job of introducing concepts before the boss fights. For example, one of the first major bosses hides within the shadow and is only vulnerable in flashes. But this gimmick doesn’t appear suddenly: the level starts with you finding and using yellow Pikmin in order to bring light to a dark cave. This is the type of level design that is inviting to new players of the game, but also allows veternas to quickly move through. It shows you want you need to know through experience without holding your hand through the process. 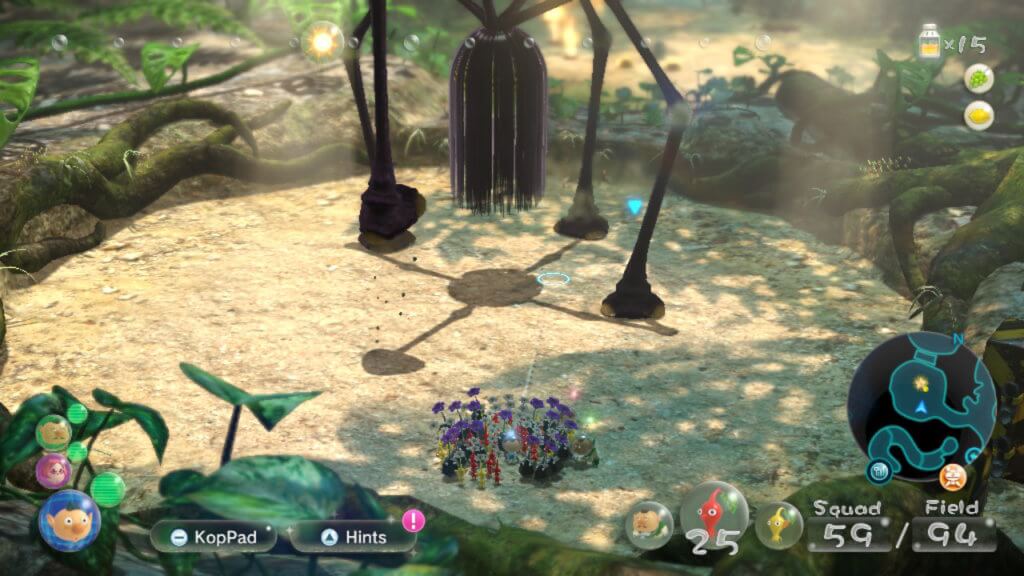 This mini-boss isn’t that difficult… unless you’re like me and choose to not only use the rock Pikmin. The red and yellow Pikmin are susceptible to getting squished.

But back to the challenge… Pikmin 3 Deluxe is certainly no Dark Souls. I would say the hardest challenge of my playthrough was self-imposed – I played a no-death run, meaning I would restart my day if a Pikmin died. But for players who approach without such limitation, the number of enemies and collectibles which restock your Pikmin count are plentiful enough to keep moving forward without taking time to commemorate your fallen work force. The lack of serious challenge, ones that reward players for their mastery of key gameplay elements – in the case of this game, Pikmin management, puzzle solving, or battle prowess – was something the game could have improved upon in its second iteration.

The new optional missions are a welcome addition, if only for the additional content and lore which add to the data tablets scattered around the main playthrough. However, the more important changes in my mind happened in the quality of life department as it made the playthrough of both the original and new content so much better. Two of these changes, the  more clear objectives and the new lock-on system (which only locks on the cursor, not the camera controls), made the original version of the game feel outdated. To note, although improved, it is no fault of the game itself that the lock-on system fails to correct drift caused by the Switch’s hardware issues, leading to some accidental incorrect lock-ons. Maybe the Wii U was better in this regard.

Perhaps the only exception to its otherwise overwhelmingly positive upgrades has been the co-op. Fundamentally an absolutely stellar decision in concept, it is slightly hampered by the local only multiplayer restrictions. Gaming trends have moved away from couch co-op and with the pandemic, most players have relied on online gaming to connect with friends. It seems like an oversight and a missed opportunity to not have online multiplayer. 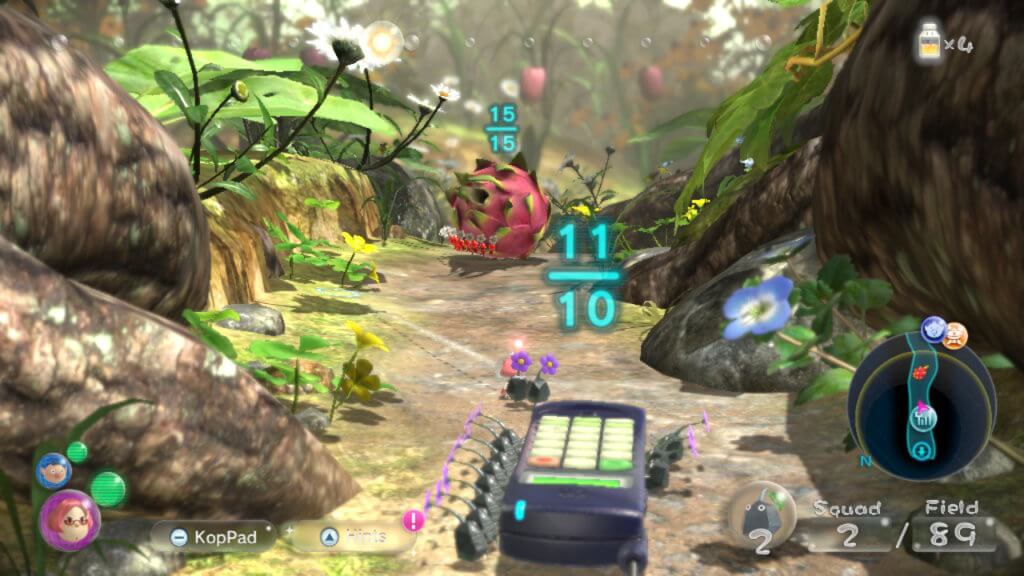 Yet both the minor and major changes wouldn’t be enough, as previous Nintendo of America President Reggie Fils-Aime said, “if it’s not fun, why bother.” Although it’s not series-defining in the ways Odyssey, Breath of the Wild, or Three Houses have been for the respective franchises, it is still wholesome fun and provides new challenges for even veteran players. And to me, Pikmin 3 Deluxe was certainly a level of fun I have not had with a Switch game in sometime. In a second half of 2020 that has seen the release of a lackluster 3D Mario collection and a perhaps-too-late DLC for the latest Pokémon games, Pikmin 3 Deluxe stands as the best AAA release by Nintendo in the last few months.

As we await more news on Pikmin 4, both veterans and first time players should took a hard look at Pikmin 3 Deluxe this holiday season.