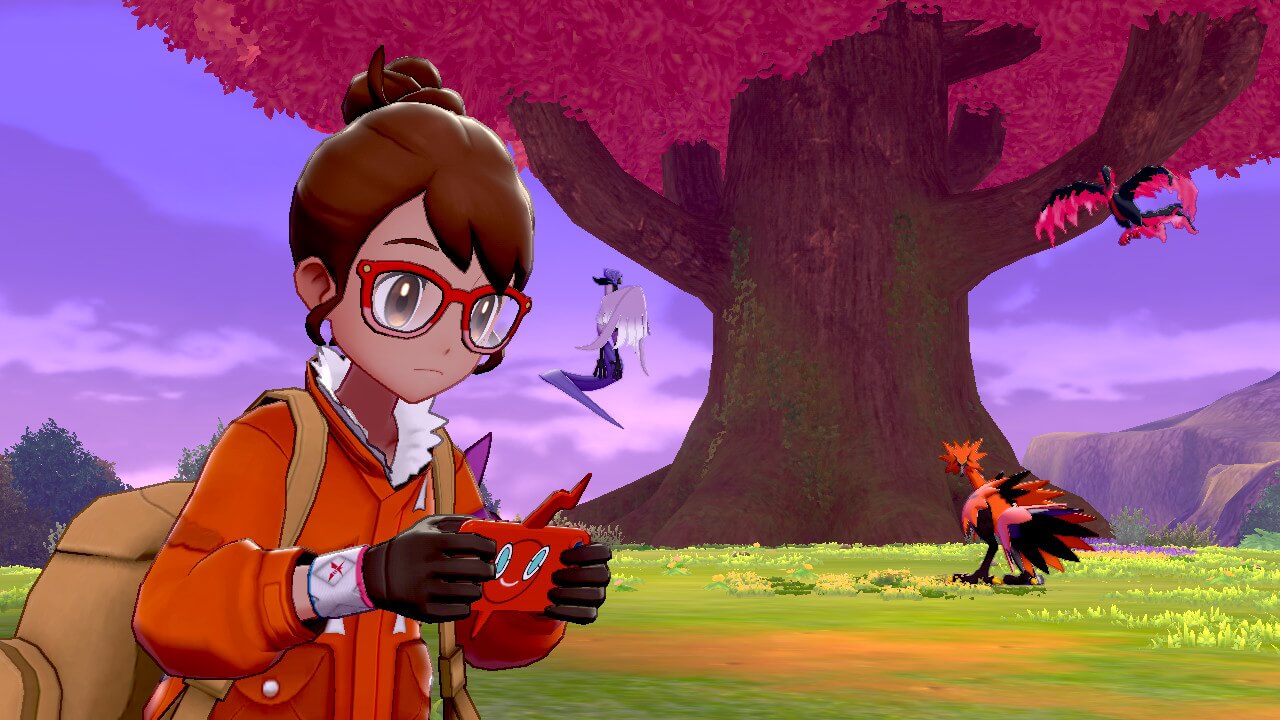 If you haven’t read the Pokémon Sword and Shield review, you can check it out here. This review will reference the original game, its successes, and its flaws.

I haven’t played Pokémon Sword and Shield for months now. The last time I opened up the game up was when I played The Isle of Armor DLC. It certainly didn’t change my opinion of the base game dramatically, but it held promise for a franchise that has grown stale with its fairly repetitive and linear formula. With The Crown Tundra, the second and final part of the DLC pack out, what can we make of Pokémon Sword and Shield and the direction of the franchise?

Starting with the DLC itself, The Crown Tundra is the second and final part of the Pokémon Sword and Shield Expansion Pass. Much like in The Isle of Armor, this DLC pack comes with its own set of Pokémon (both new to the franchise and the game), a new area to explore, and a completely new story.

But The Crown Tundra isn’t just another more well-integrated Wild Area; it feels more like a vast world ripe for exploration. To start, the “narrative” reinvents and reinvigorates how trainers are expected to travel through the world. I say “narrative” because it pushes non-sequential exploration over linearity. Indeed, the main story of The Crown Tundra is based around finding the truth to three separate myths about the area. The first centers around the new Pokémon Calyrex and its legacy as the “King of Bountiful Harvests” within the area’s only town. The second follows the Regis and the third asks you to find the Galarian versions of the three legendary birds. 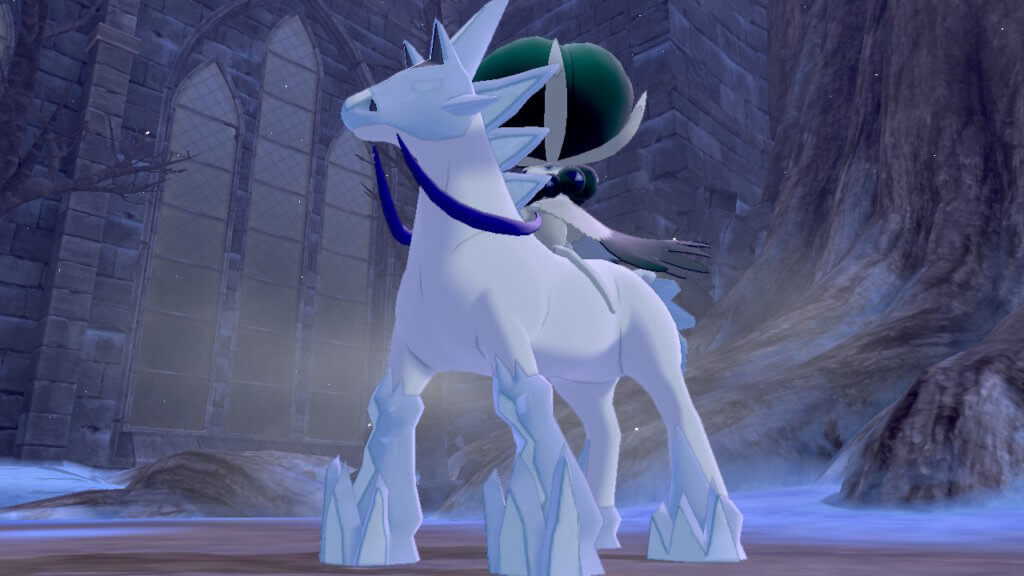 Calyrex stands proud after being reunited with its stead.

These myths act as “quests” rather than stories. They are self-contained adventures which make you explore the tundra, but also are independent of each other. Rather than the linear narrative of both the base game and The Isle of Armor, trainers are invited to explore the tundra as they choose to, making the world feel a little bit more of a playground rather than an arbitrary setting for your Pokémon adventure. 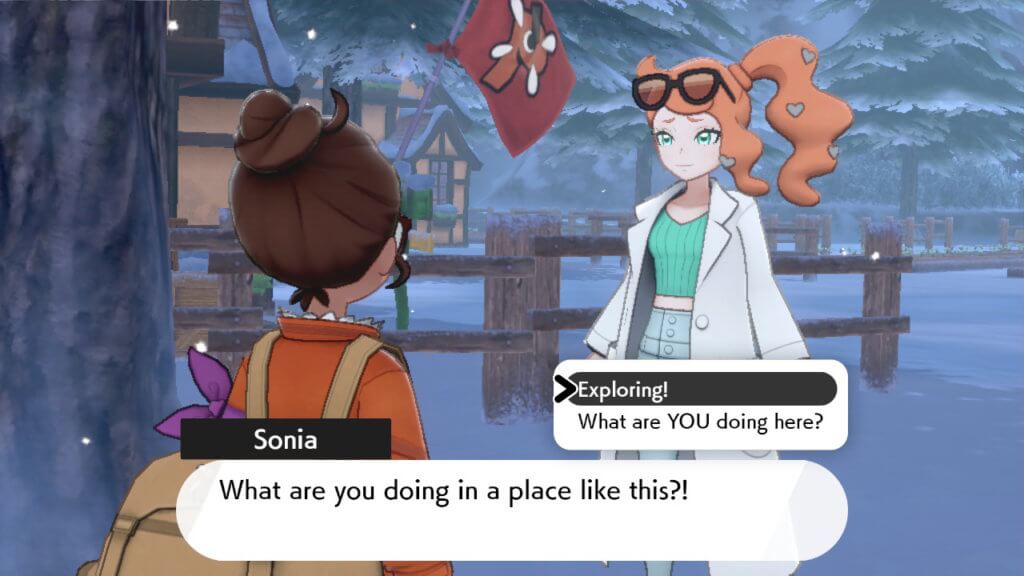 Exploration is key to the Crown Tundra, which several main quests, side quests, and secrets abound.

Another way the DLC makes trainers interact deeply with the world is through the hidden secrets. I found one such secret shaking the big tree. After several prompts where nothing happened, I was suddenly through into a 1v1 Max Raid battle. Defeating the Pokémon rewarded me with a bunch of berries, which one would expect from shaking a tree. Its these small secrets hidden throughout the tundra which make the entire experience more than just going through story. It makes it feel as if there’s always more to explore within the area, regardless of how much or how little you’ve accomplished narrative wise. It’s this kind of content that keeps players coming back to the game.

Unfortunately, as with both the base game and The Isle of Armor, The Crown Tundra fails to fully live up to its initial promises. To be completely honest, the myths themselves were fairly bland. While they did foster exploration, they were mostly glorified fetch quests. The Regi’s quest was particularly egregious as it turned what used to be an extremely involved (and rewarding) adventure into a puzzle as simple as ringing your bike bell. 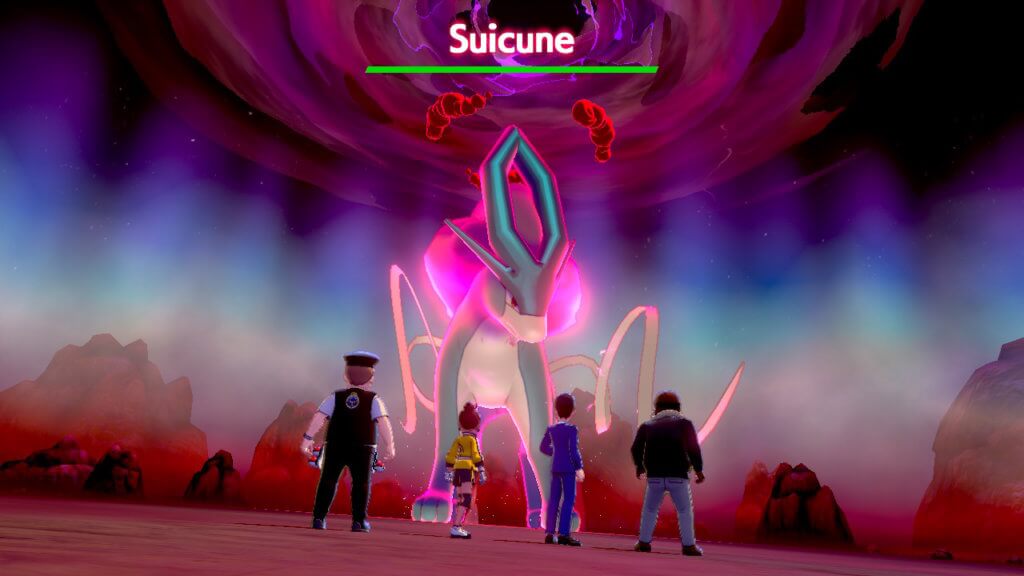 Capturing Suicune was as easy as going through the raid den, but it came at the expense of any lore associated with the Pokémon.

When it came to the other legendary Pokémon added to the game, the initial trailers promised an exploration of the dens which would end up with the legendary Pokémon. However, this ended up amounting to a few raid battles (with still questionable AI) and the reduction of the legendaries into set pieces. Not only did players not really get a clearer mythology behind the raid dens, they also did not receive any perspective on the significance of each of these legendaries. Getting all the legendaries in one game shouldn’t have to come with a reduction of the lore and world building potential each Pokémon offers.

The Crown Tundra is not perfect, but it was a nice way to end my Pokémon Sword and Shield journey. Will I return to the game, DLC and all? Probably not. But I do hope The Pokémon Company keeps continuing to push the series into new directions, just like it has with both The Isle of Armor and The Crown Tundra DLC.