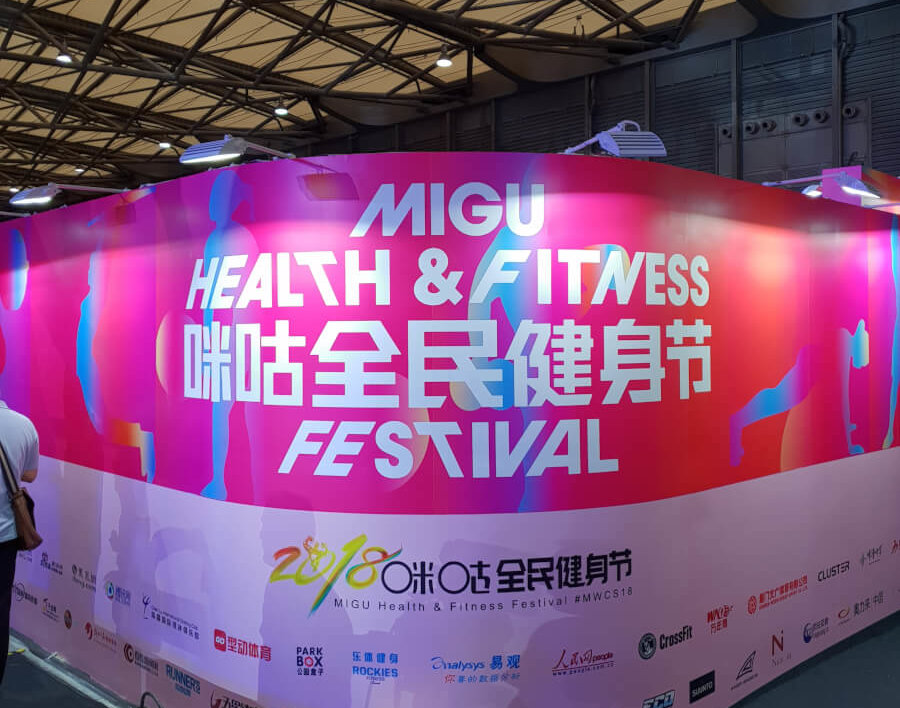 Convention Hall W4 was unique among all the halls at Mobile World Congress Shanghai 2016. Instead of focusing on big name brands and new products, W4 provided a refreshing space dedicated to sports and health. Although tech was definitely involved in many of the exhibits, the focus was still on the action of playing the sport, not changing but supplementing the ways sports and health are understood. #mwcs18 #ttllive

Visually, W4 looked almost nothing like the rest of the convention. Rather than booths, the convention hall was set up in a more open floor plan manner. The only real traditional booth setups were in the front of the hall, one cluster selling high tech athletic wear and the other being a makeshift cafe where you could order your food and drinks from an AI.

In the rest of the hall, the open floor plan style allowed for more active events. For example, mats were laid out for yoga and other similar activities in a large fitness area. Additionally, there were boxes for box jumps with a foot pressure sensor to evaluate the mechanics of your jump. There was also a skateboard arena erected for a larger scale competition.

Soccer (football) was well represented with several areas dedicated to the sport and to the World Cup. One activity was entering into a 360 degree soccer dome and another was shooting practice using Harry Potter Quidditch style goal posts.

In the back of the hall, technology and sports meshed more directly as VR was used to help support athletic endeavors. In one case, conference attendees were put on a stationary bike and rigged up to a VR set, making it seem like they were going places on a bike instead of being simply stationary. Another VR setup used a larger play area than most of the ones implemented in HTC Vive’s demo are. This allowed players to run around, duck, and cover in both their virtual and real environment

Overall, the hall seemed like a more interactive way to experience tech while also promoting a healthier lifestyle. Pair the activity driven style of convention hall W4 with wearable sports tech like fitness watches and you are likely looking at the future of sports and health management.