NASA Astrobee Robot Flies in Space for the First Time 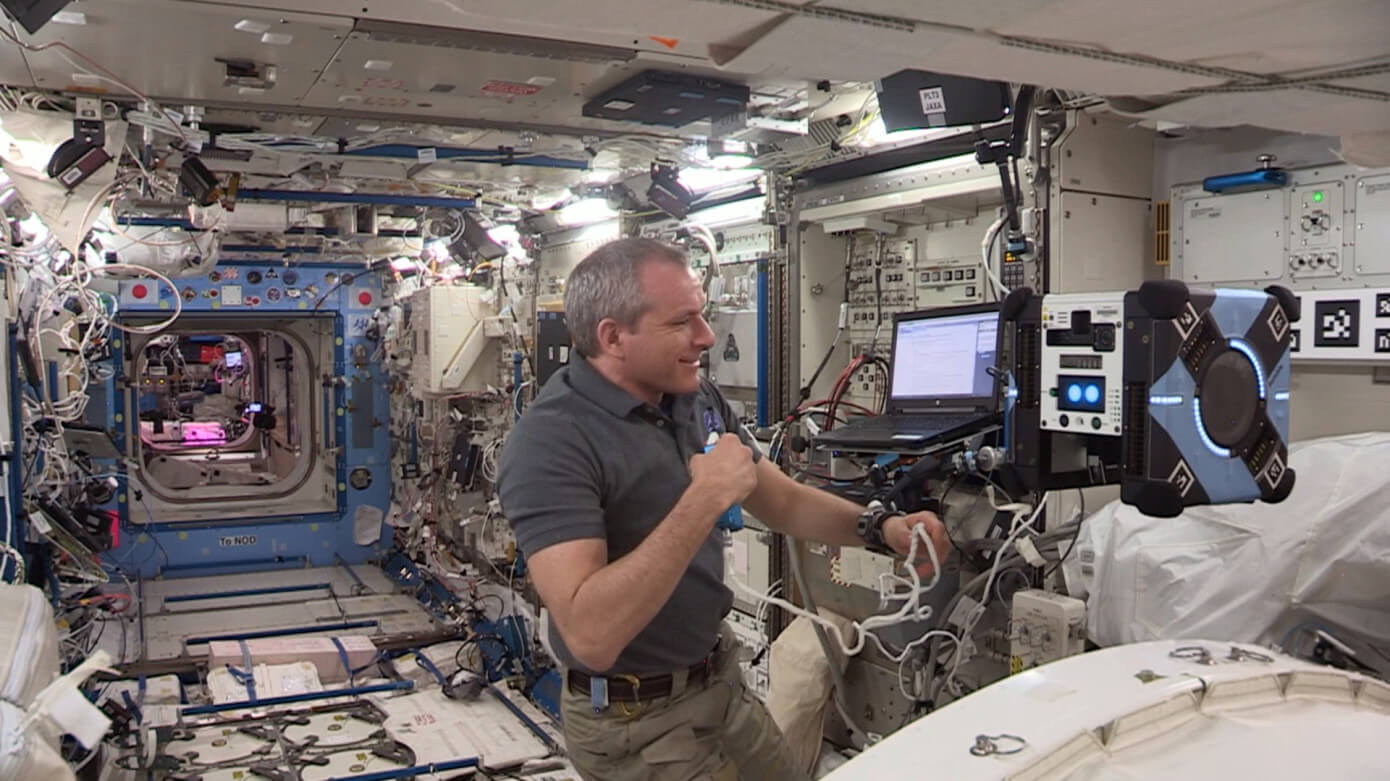 Remember when we’ve told you about NASA’s Astrobees back in April?

Astrobee is defined by NASA as “a compact one-foot-cube of a robot in development at NASA’s Ames Research Center in Silicon Valley. This robot is designed to work autonomously without astronaut supervision, or to be remotely operated by mission controllers.”

The robotic bees are designed to be helpers – from inventory checking to monitor noise levels – and they will soon become the crew’s extra eyes and ears.

Well, just recently, NASA’ s robot ‘Bumble’ (one of a series of Astrobee robots) took its own first tentative “steps” in space demonstrating its ability to rotate on its own in zero gravity inside the International Space Station.

Bumble’s first flight wasn’t a big deal, as the robot just flew a foot around and rotated slightly, but, as boring as these may seem, they’re important basic maneuvers to make sure the robot is working and tuned correctly. The robots are meant to operate autonomously and help with some basic maintenance work, take part in experiments. Therefore, operating exactly as intended before working with human astronauts is essential.

The Astrobee line consists of three individual robots among its members, including Bumble, Honey, and Queen, which – as planned – is supposed to arrive in July on the next resupply mission.

Each of the robots features cameras, ready to register experiments performed by humans, and they also can connect to transport equipment around.

Also, robots are also able to dock at a companion station to charge. They are equipped with a little perching arm that can grab stuff or hold things.

Once operational, NASA’s Ames research facility developed 1-foot cubed bots should free up astronauts to focus on things that only they can handle.