NBA 2K20, Rise of the Tomb Raider and Erica are Free July PlayStation Plus Games 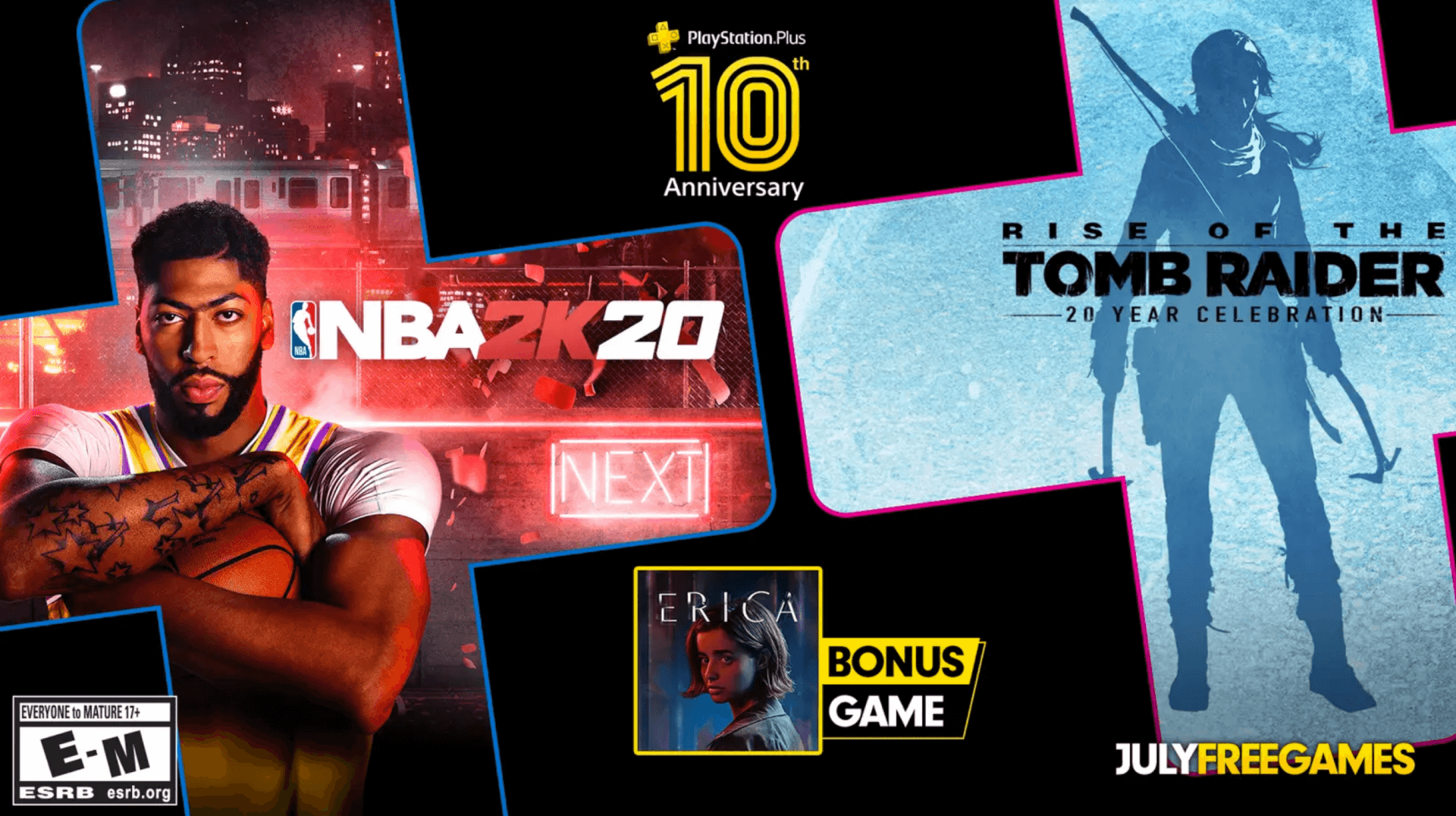 NBA 2K20 is the latest iteration of NBA 2K games. As far as basketball video games go, NBA 2K has basically dominated the space. However, NBA 2K20 has been plagued due to loot box and gambling controversies.

Rise of the Tomb Raider is Lara Croft’s latest adventure. In it, she fights against time and a rival group called Trinity to find the Lost City of Kitezh.

Finally, Erica offers an interactive gameplay experience. Erica is similar to Black Mirror’s Bandersnatch where players essentially interact with on screen prompts and watch the  consequences of their choices unfold on screen.

For more information on each of these games, check out PlayStation’s official blog post.