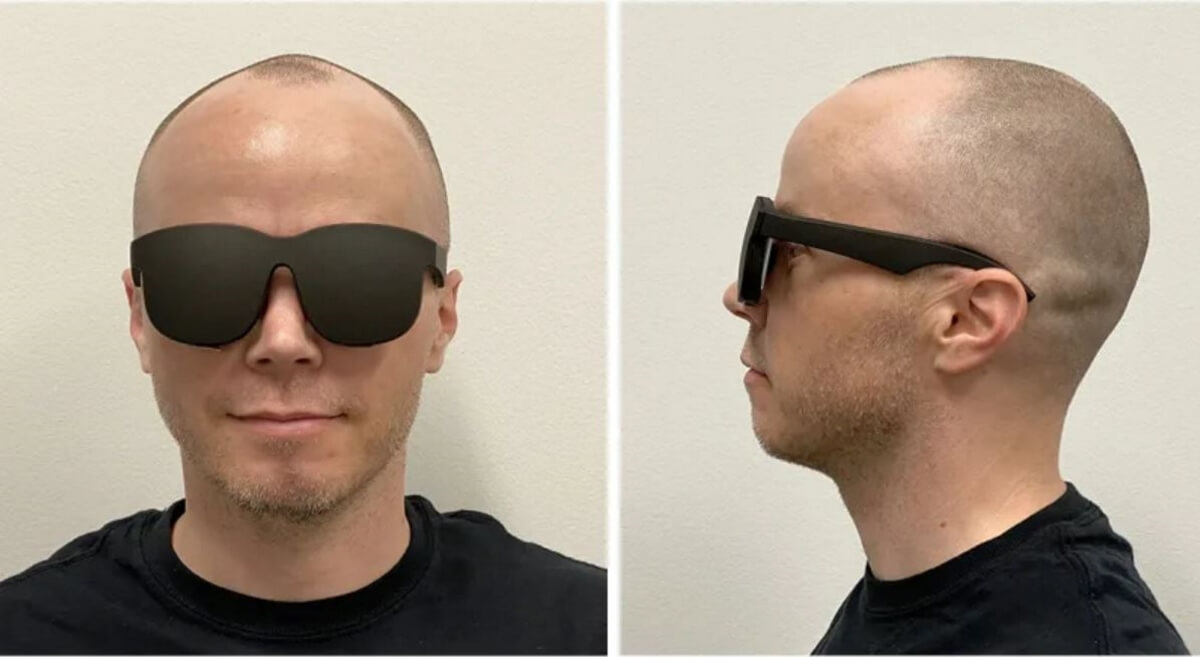 The owner of Oculus Rift has kept quiet lately when it comes to VR and now we know why: Facebook has been working on holographic optics light VR headsets.

That’s a fancy way of saying VR eyeglasses that look like eyeglasses, a project attempted, then abandoned, by multiple companies so far.

The glasses you see were presented in a  Siggraph 2020 research paper titled “Holographic Optics for Thin and Lightweight Virtual Reality,” where it was explained that the system use flat films to create a display that’s just a bit thicker than what you get on a smartphone.

The display is made of several thin layers of holographic film with directional backlights and a projection system.

According to them, the thickness can range between 9mm and 11mm and the performance is comparable to current VR goggles.

” That’s roughly comparable to the display specs of a 571-gram Oculus Quest, but in a glasses-like form factor that weighs less than 10 grams in total, albeit with only a single eye display in the prototypes.

The researchers note they could cut parts and change materials to achieve a 6.6 gram weight equivalent to plastic aviator sunglasses, but would compromise performance by doing so,” explains VentureBeat.

Unfortunately, the outlet also says that, while Facebook has three prototypes, including a full color one, the new tech is nowhere near ready for a market release.

You’ll have to have a bit of patience to see the future of VR.