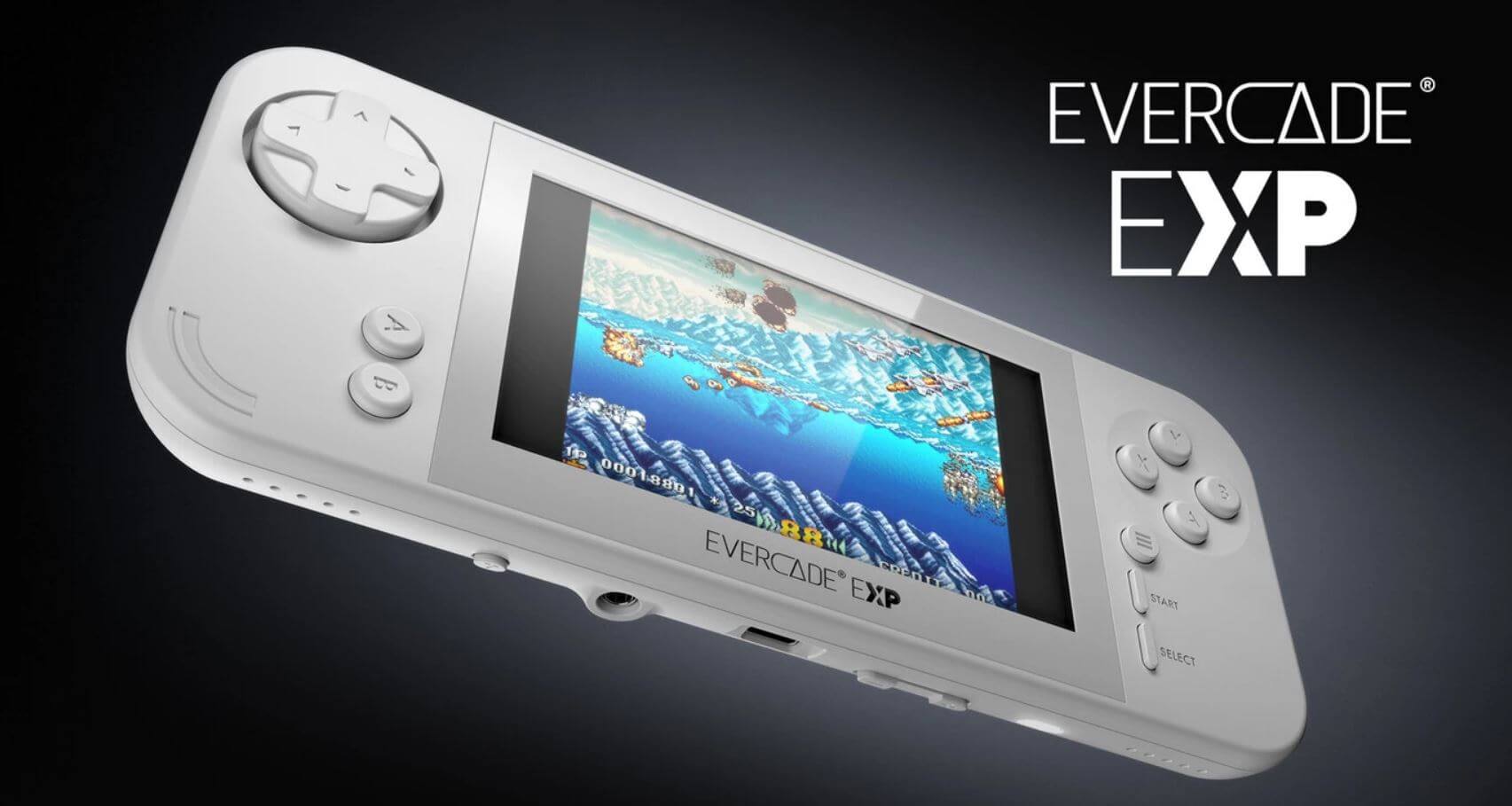 If you are into classic games, the Evercade console will most likely be on your wishlist. The new model has just been announced by Blaze Entertainment the new Evercade EXP, a console with an improved redesign that features a more minimalist look.

The Evercade EXP is a portable console that, like its predecessor, is entirely aimed at those who are passionate about classic games from Atari, Data East, Taito, Namco, Interplay, Irem and in general the games that went from 8 to 32 bits way back in the day. 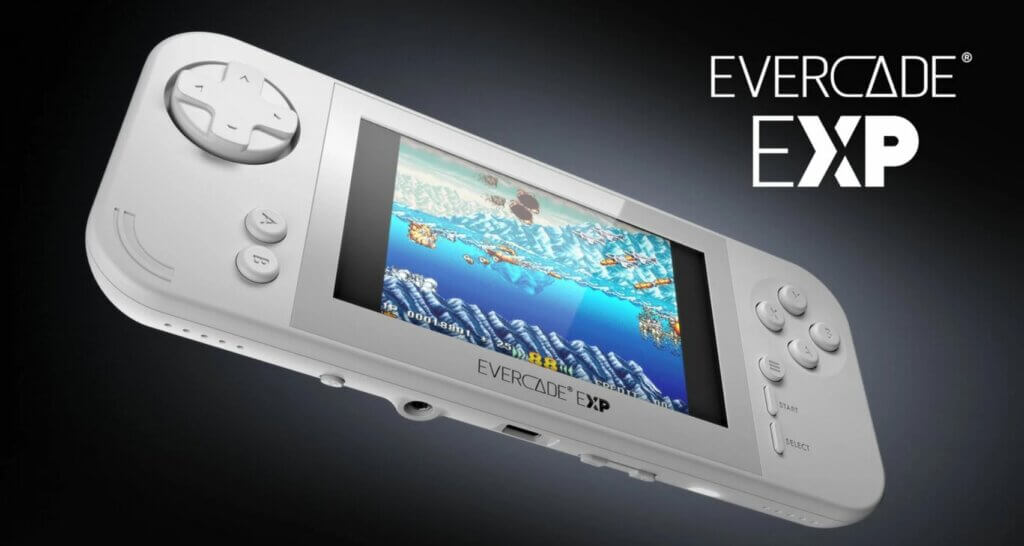 “It has been a huge two years for Blaze. Two years into our journey with Evercade we have published 28 cartridges of iconic retro titles and launched a handheld and home console. Now we are excited to show people the Evercade EXP which is the result of all the feedback we received on our original, successful Handheld.” Andrew Byatt, Managing Director of Blaze Entertainment has said about the console. “With this new product we are giving existing Evercade fans a better way to play on the move and new customers a more premium experience. Alongside this we bring two more Arcade Titans in Toaplan and IREM to the system.”

Of course, one of the questions is: how many games will the console offer? For starters, you have to know that both consoles share a catalog, which means that the Evercade EXP will inherit over 30 cartridge collections and over 300 games. To that, you can add 18 new games that will be added to the Evercade EXP, with details to be revealed about them in September 2022. 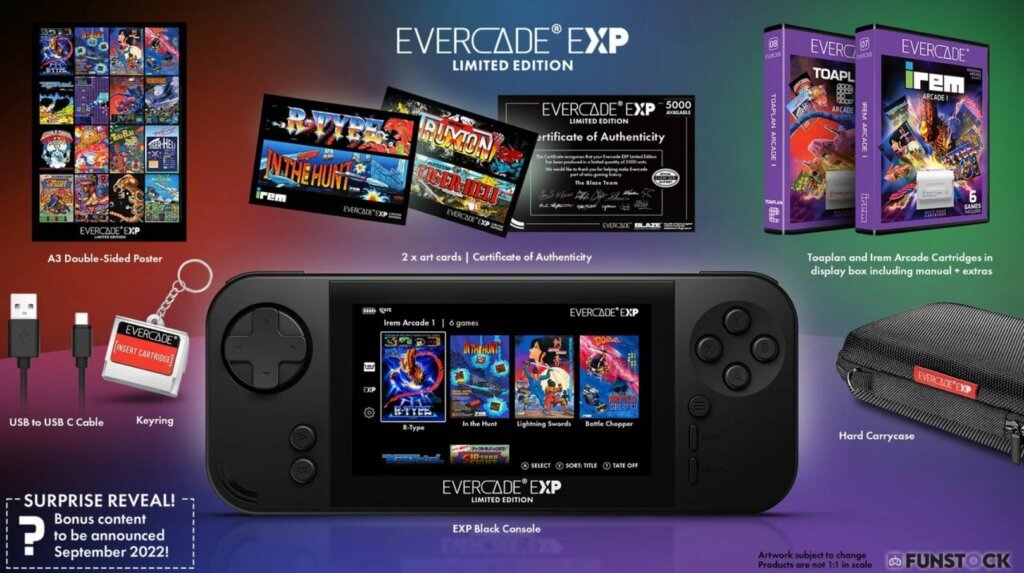 The console itself will come with 6 classic games in the box which include R-Type, In The Hunt, Moon Patrol, Battle Chopper and Lightning Swords.

The Evercade EXP features a 4.3-inch IPS display with 800×480 resolution. The display is covered with tempered glass for protection against falls and scratches.
The console’s deck can rotate 90 degrees counterclockwise, which will allow you to play vertically-oriented games, and play them as the original developer intended.

On the left side you’ll find two buttons that will help you play when the screen is rotated as well as new L2 and R2 trigger controls. 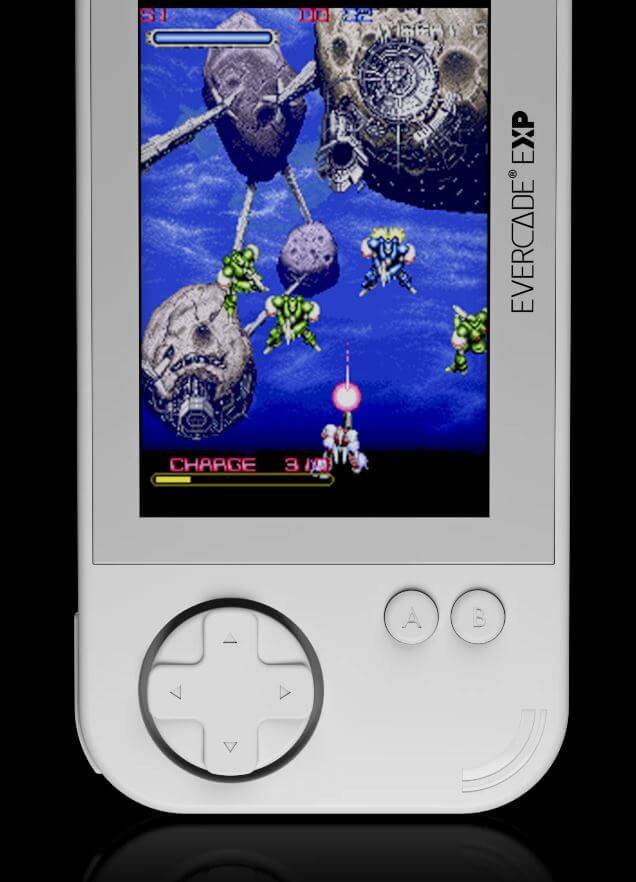 Charging has also been improved with USB-C support and the mini-HDMI 720p TV-out has been redesigned for cable stability. The Evercade EXP also lives up to the specs of the Evercade VS console, i.e. a 1.5Ghz processor and 4GB of onboard memory.

The console will have a price tag of $149.99 and, in addition to the white model, a Limited Edition Evercade EXP in black will also be available. There will be some extra contents to be had such as a sleeve, a double-sided A3-size poster and a cartridge keychain.