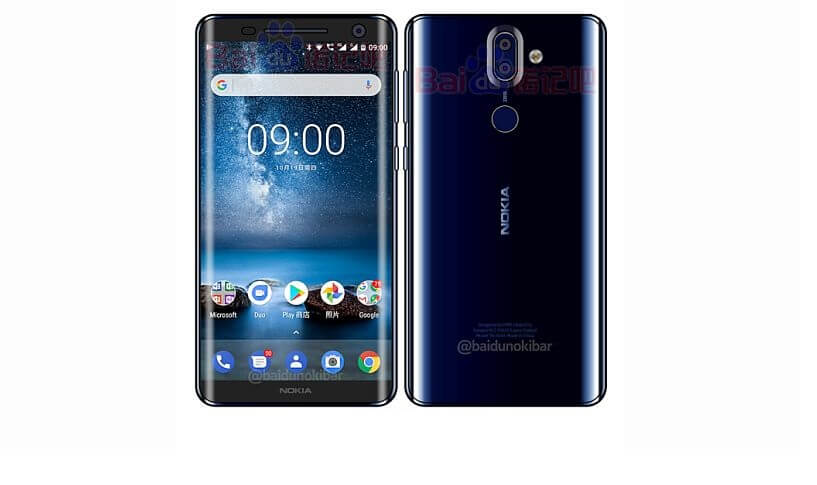 There’s no official release date in sight for Nokia 9, but that doesn’t mean leaks aren’t pouring in. The latest comes from a Baidu user and shows off the handset in Polished Blue #mobilemagic

If Nokia 9 seems very familiar, that’s because it is. Although it hasn’t shown up that frequently online in the last months, it does have a striking resemblance to Galaxy S7 Edge. There’s a 5.5-inch QHD AMOLED display (the same as the one on S7 Edge), curved edges and a glass back. If you look closely, the rear camera even appears to be in the same area.

True, the back is even more curved than the Samsung smartphone, but that doesn’t make it less appealing. Another difference is the fingerprint scanner; HMD Global decided to leave it on the back, opting for a cleaner screen. Also, there’s a dual lens camera – probably from Zeiss – instead of a single one.

As far as features go, Nokia 9 should come with Snapdragon 835 processor, 4GB or 6GB of RAM, 128GB of storage, IP68 water resistance and wireless charging. It’s bound to launch in at least two shades – Polished Blue and Copper (seen here) – and run Android Oreo out of the box.

Depending on the price, Nokia 9 might just be the accessible flagship you need. We’ll have pricing information later on, as the launch event approaches.